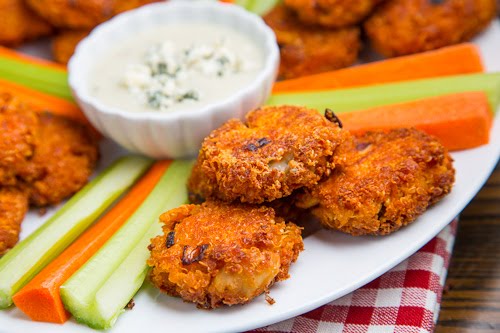 The recipe for these buffalo chicken quinoa fritters could not be easier starting off with the quinoa, chicken, hot sauce, blue cheese with an egg and some bread crumbs to hold everything together. After mixing all of the ingredients it is as easy as forming patties and frying them until golden brown and crispy! You can make the fritters as large or small as you like and I went with a smaller size so that I could serve them as two bit appetizers but larger ones would make for a great light meal. If you wanted to keep these on the lighter side you could easily bake the fritters rather than frying them. 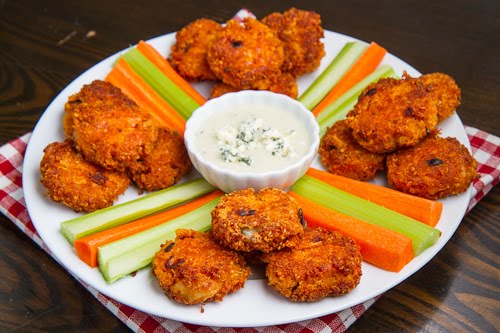 If there is someone that is not a big fan of blue cheese you could easily replace it with more cheddar cheese and then you can serve the fritters with a mild blue cheese dressing for those that do like it. 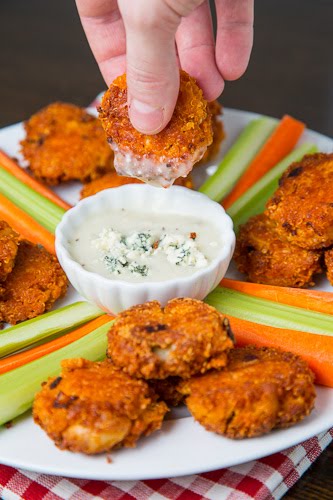 Just look at that pocket of melted blue cheese in there! 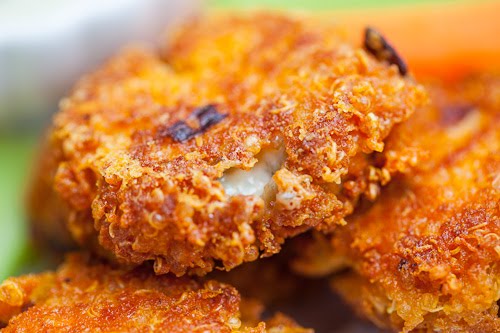