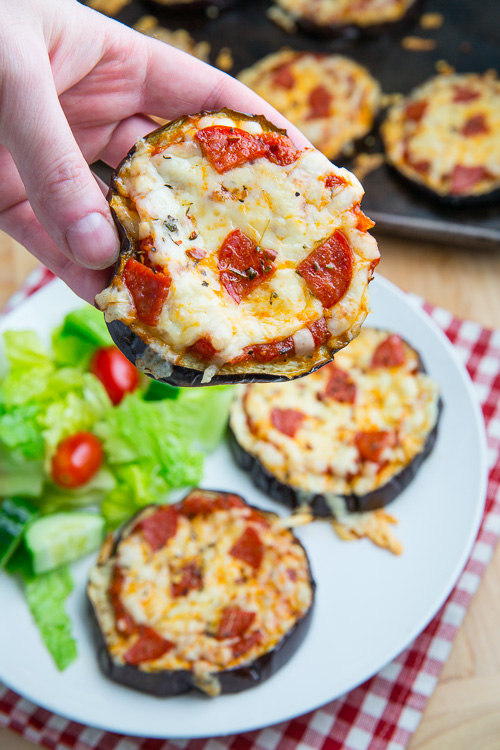 After making the cauliflower pizza crust and the zucchini pizza crust the next vegetable up was eggplant! Instead of following in the footsteps of his predecessors I wanted to go another route with the eggplant pizzas keeping things nice ans simple and just using eggplant slices as the crust of the pizzas. These eggplant pizzas are really easy to make, you simply slice the eggplant and roast or grill the slices until the eggplant just starts to turn tender, top it with your favourite pizza toppings and then bake them until the cheese gets all melty and good! In addition to being easy to make they are super tasty and if you are an eggplant lover like me then they are even better than the original, healthier and kid friendly to boot! These eggplant pizzas are bound to become a staple on my meal plan! 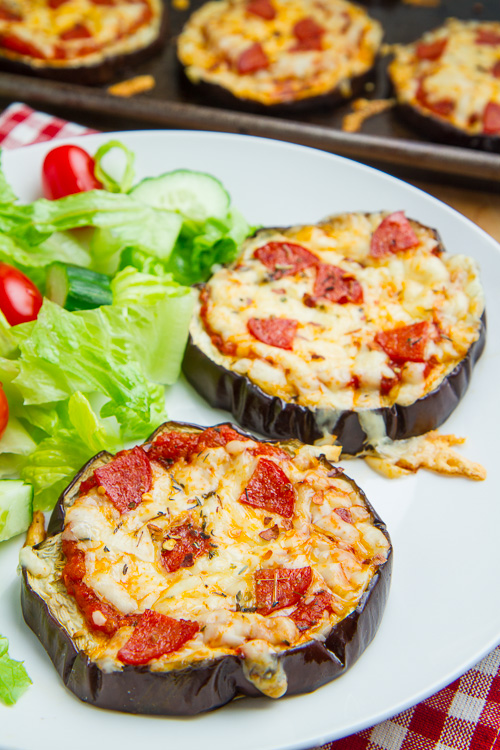 With all of the fresh tomatoes around I could not help making my own pizza sauce with them but feel free to use store bought to save some time. 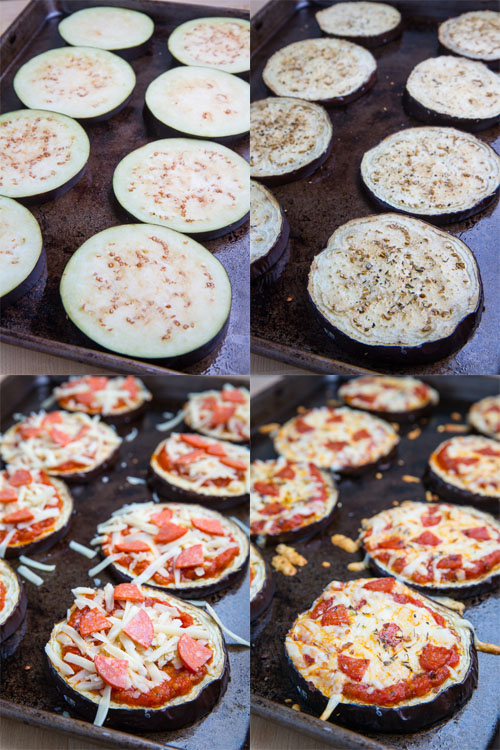 Just look at all of that ooey, gooey melted cheesy goodness! 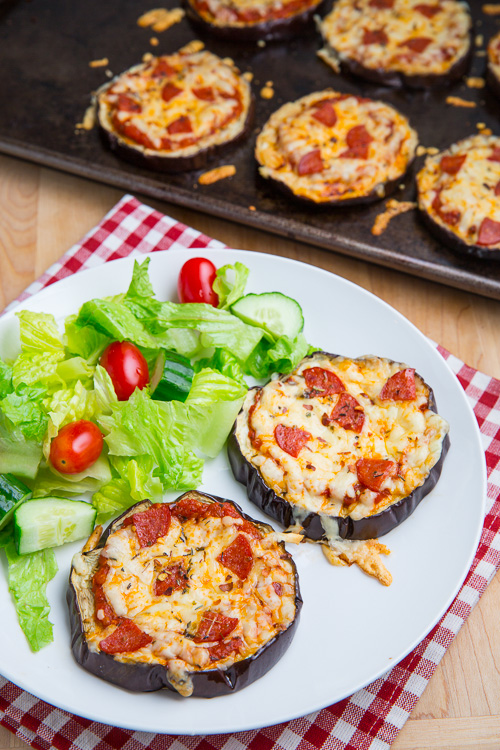 Option: Grill the eggplant instead of baking them.
Note: Eggplant can get bitter with age and salting it helps draw out that bitterness. If you are using younger eggplants you can skip the salting and save some time.
Nutrition Facts: Calories 212, Fat 13g (Saturated 5g, Trans 0), Cholesterol 31mg, Sodium 411mg, Carbs 12g (Fiber 5g, Sugars 4g), Protein 10g
Nutrition by: