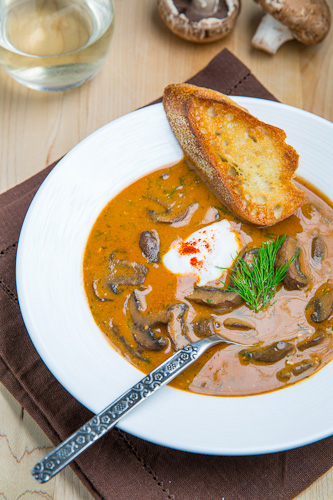 I first came across this recipe for a Hungarian mushroom soup a few years ago on All Recipes and as soon as I tried it, it became a favourite and a staple! I am a big fan of mushrooms and you really cannot go wrong with a tasty paprika and sour cream sauce so combining them all in a soup is bound to be loads of tasty! The final component of the flavour profile for this soup is the dill which I always enjoy using and it makes this soup truly sublime! Not only is this soup all sorts of goodness but it is also easy to make and it comes together fairly quickly so it is certainly a candidate for a weeknight meal. The one thing that you want to pay attention to when making it is when you add the flour, you want to make sure that you cook it well before moving on to add the liquids so that you do not end up with the taste of raw flour in your soup. 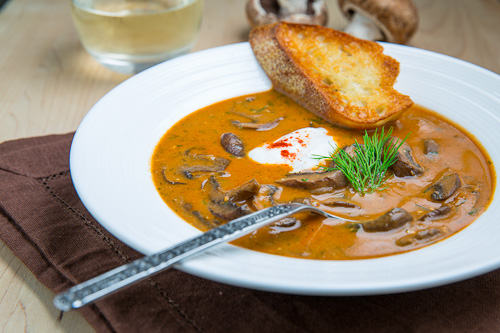 Serve garnished with sour cream, a touch of paprika and a bit of fresh dill. 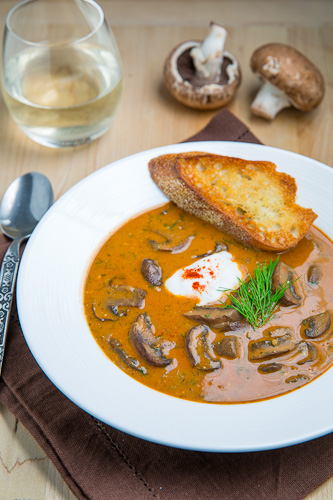 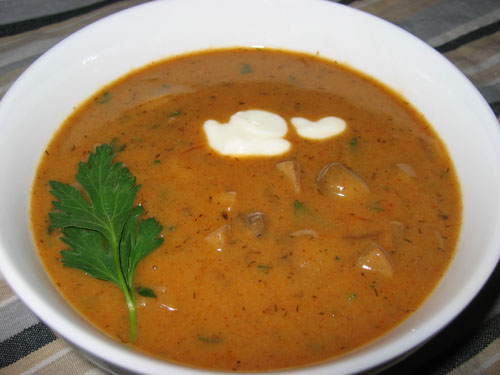