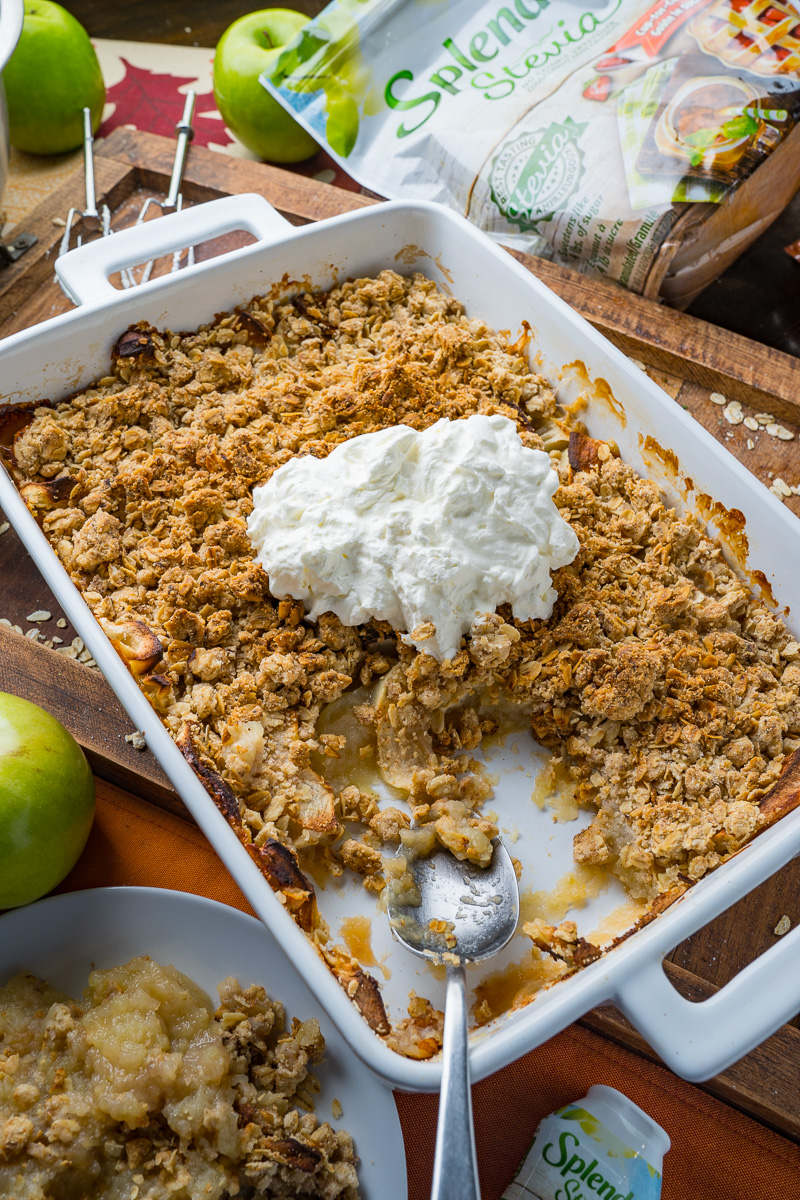 I was asked by Carusele to participate in this campaign, sponsored by Splenda Stevia Canada. Although I have been compensated, all opinions are my own.

A super easy to make apple crumble with an old fashioned rolled oat topping that has no sugar added!

Thanksgiving is quickly approaching and I have been thinking about recipes, starting with dessert of course! I am a fan of the classics like pumpkin pie and apple pie but I usually go with something easier like an apple crumble. It is absolutely amazing and it takes far less effort to make! I like to make it a day or two ahead of time and throw it into the oven after taking the turkey out so it can warm while we are eating dinner. This helps cut down on the effort involved in getting the Thanksgiving dinner on the table and dessert is just as delicious as ever!

After the big dinner, I’m usually pretty stuffed but still ready to eat a sweet treat. Since I simply cannot pass on dessert, no matter how full I am, the idea of a lighter dessert is a nice option! This no sugar added apple crumble is the perfect dessert for Thanksgiving!

Apple crumble is packed with sugar! Usually there is plenty of sugar in the apple mixture, more sugar in the crumble mixture and then even more sugar in the ice cream and/or caramel sauce topping! Making an apple crumble lighter and healthier is as easy as replacing all of the sugar with Splenda® Stevia No Calorie Sweetener! Splenda® Stevia gets its sweetness from the stevia leaf and it uses the sweeter, cleaner-tasting part of the stevia leaf so no bitter aftertaste! This no sugar added apple crumble is so easy to make, just as good as the original and so much healthier! You’ll never know the difference! 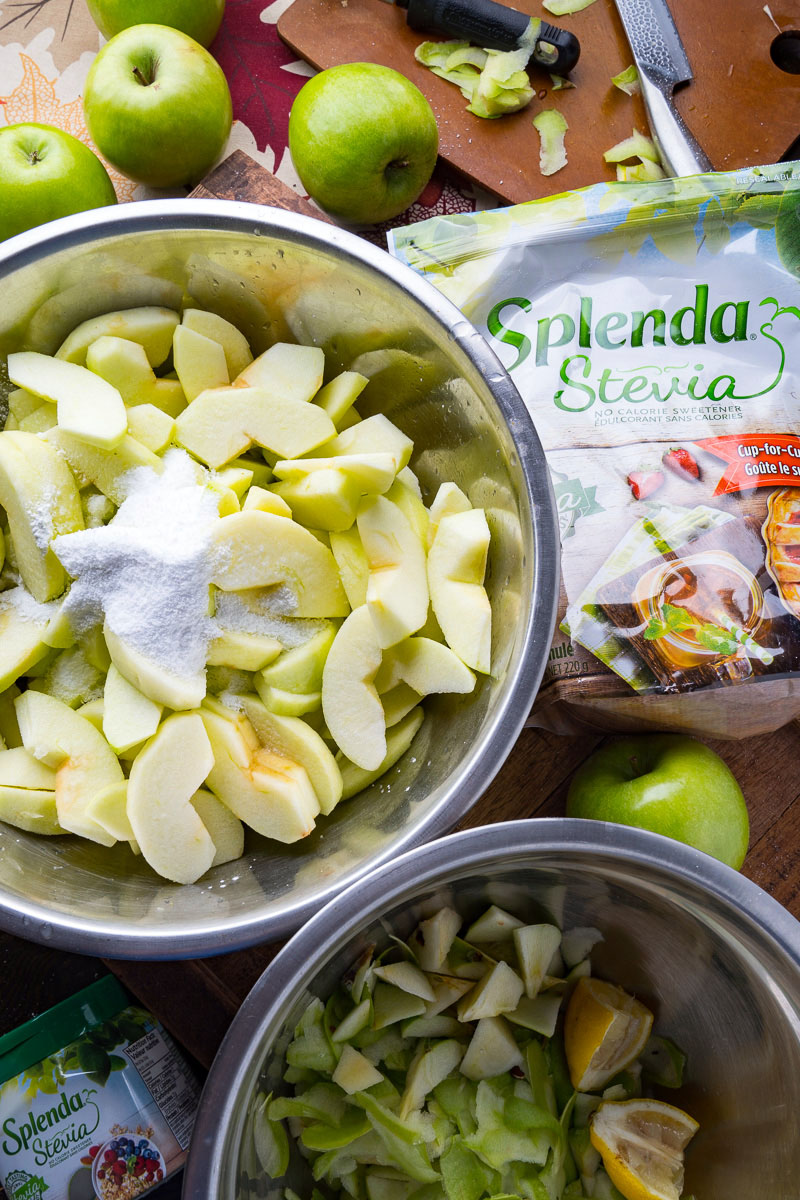 Splenda® Stevia No Calorie Sweetener is a great way to reduce the sugar in your recipes! 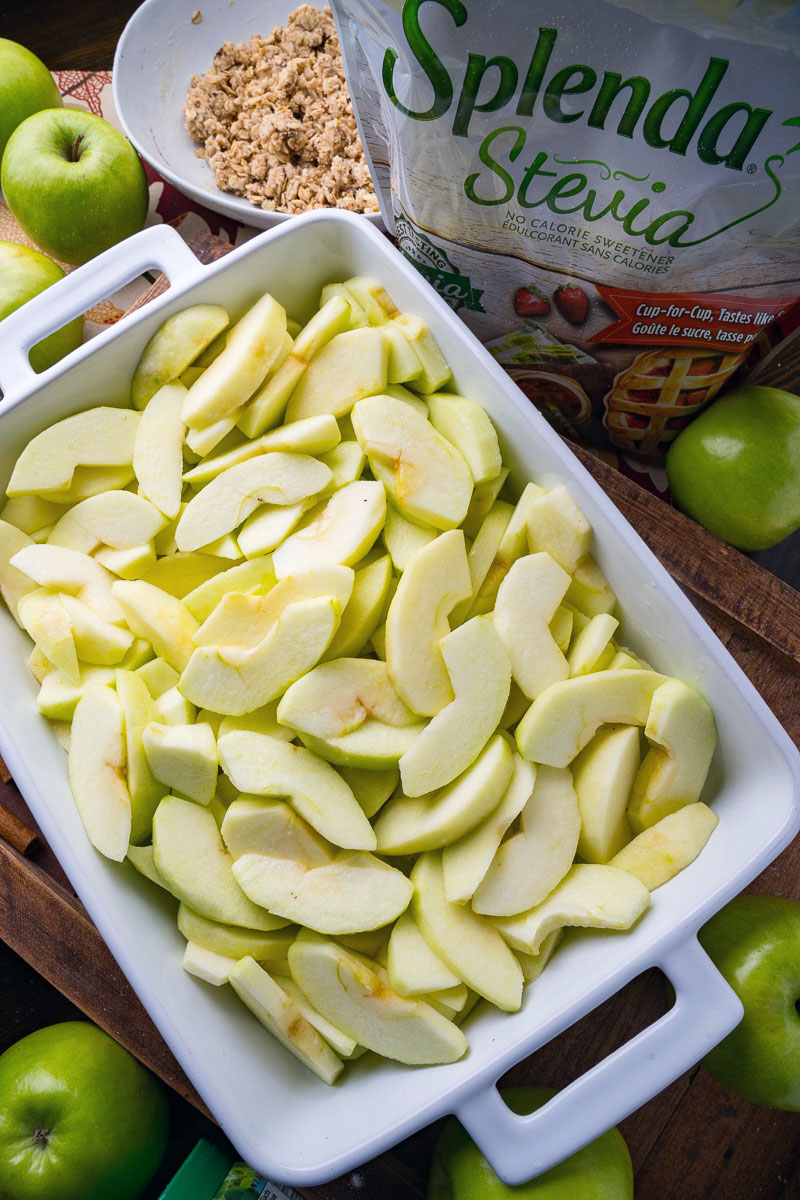 TIP: When replacing sugar with Splenda® Stevia No Calorie Sweetener make sure to use the correct measurements found on the product packaging, compared to sugar. 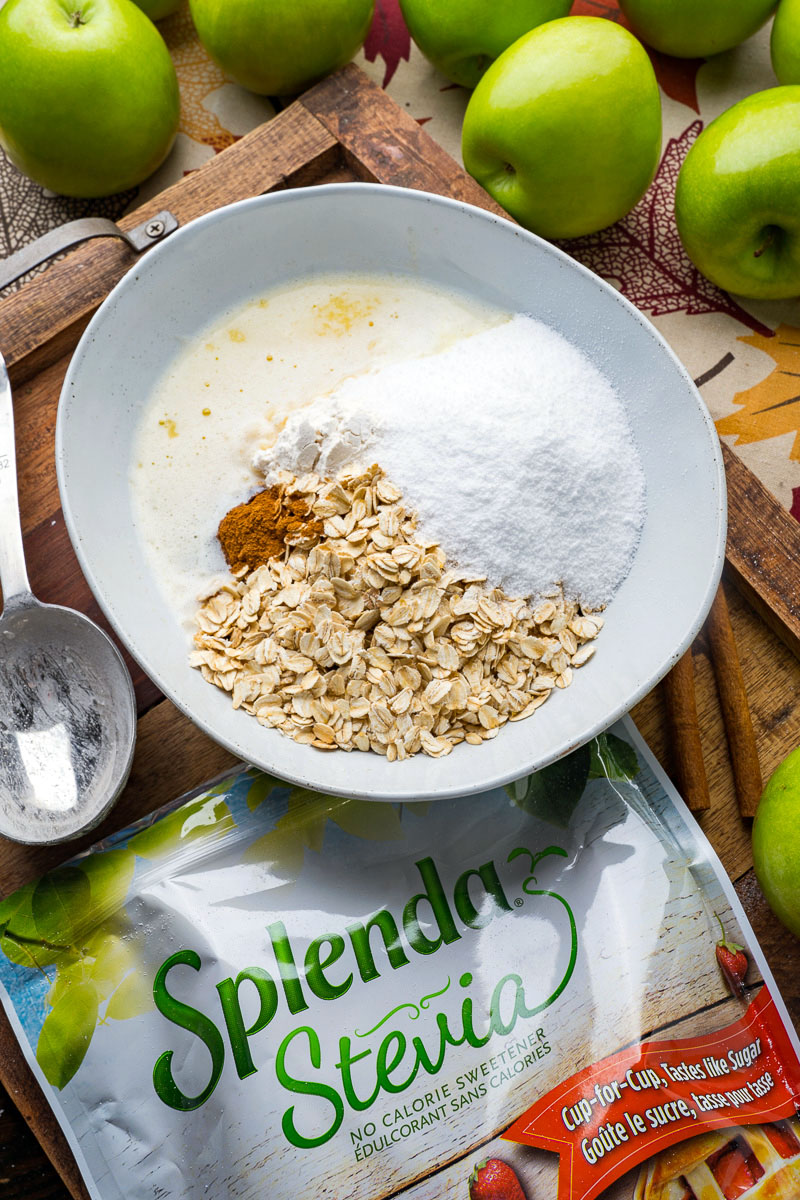 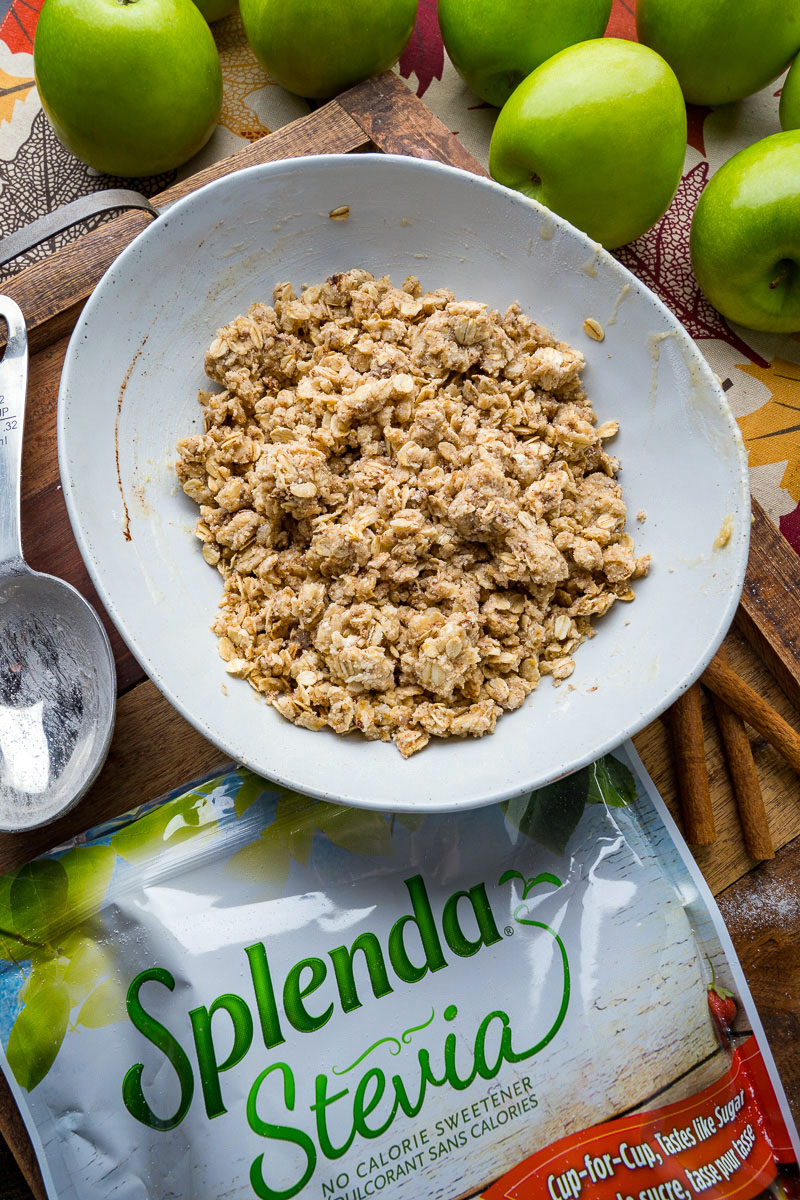 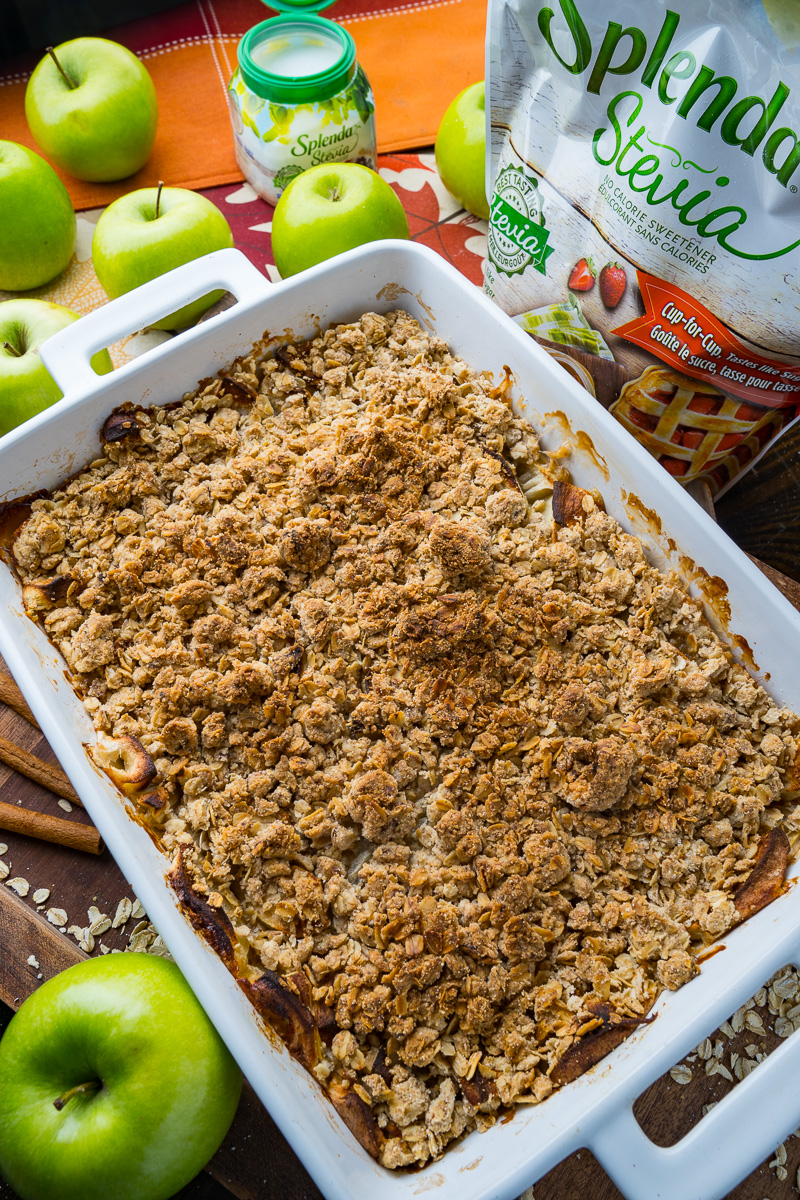 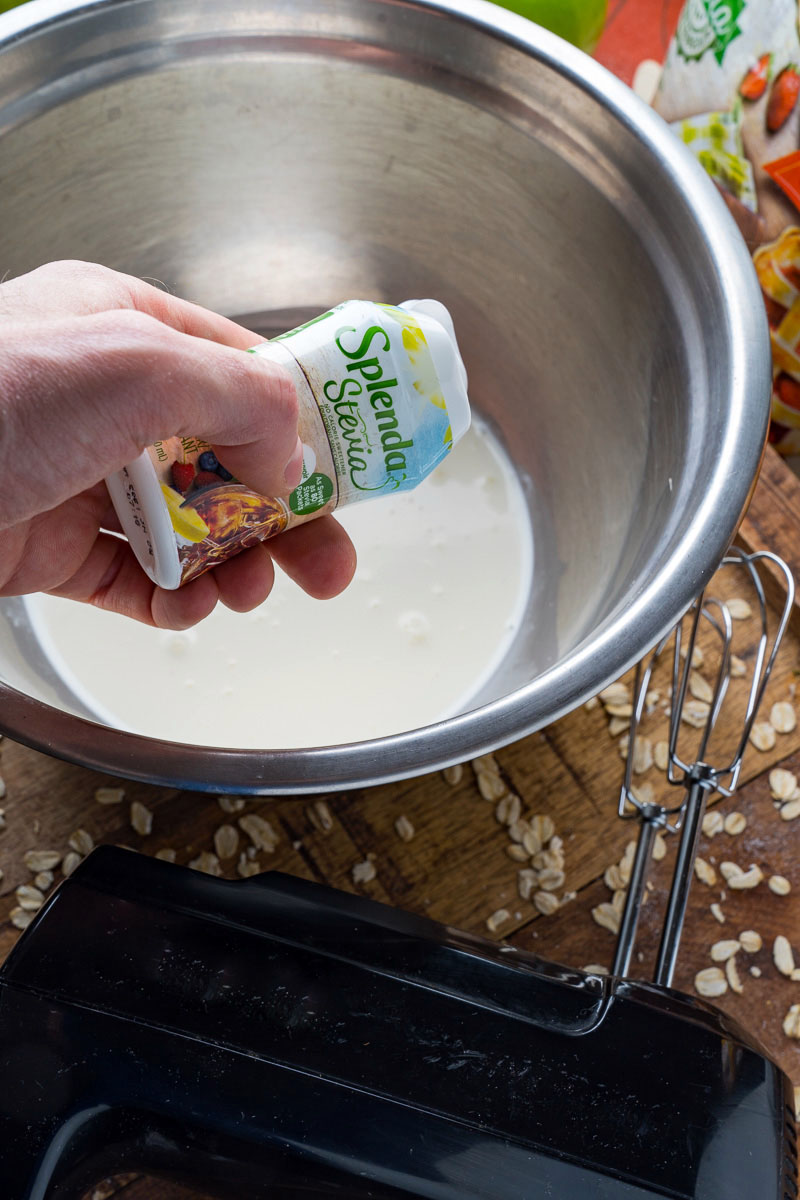 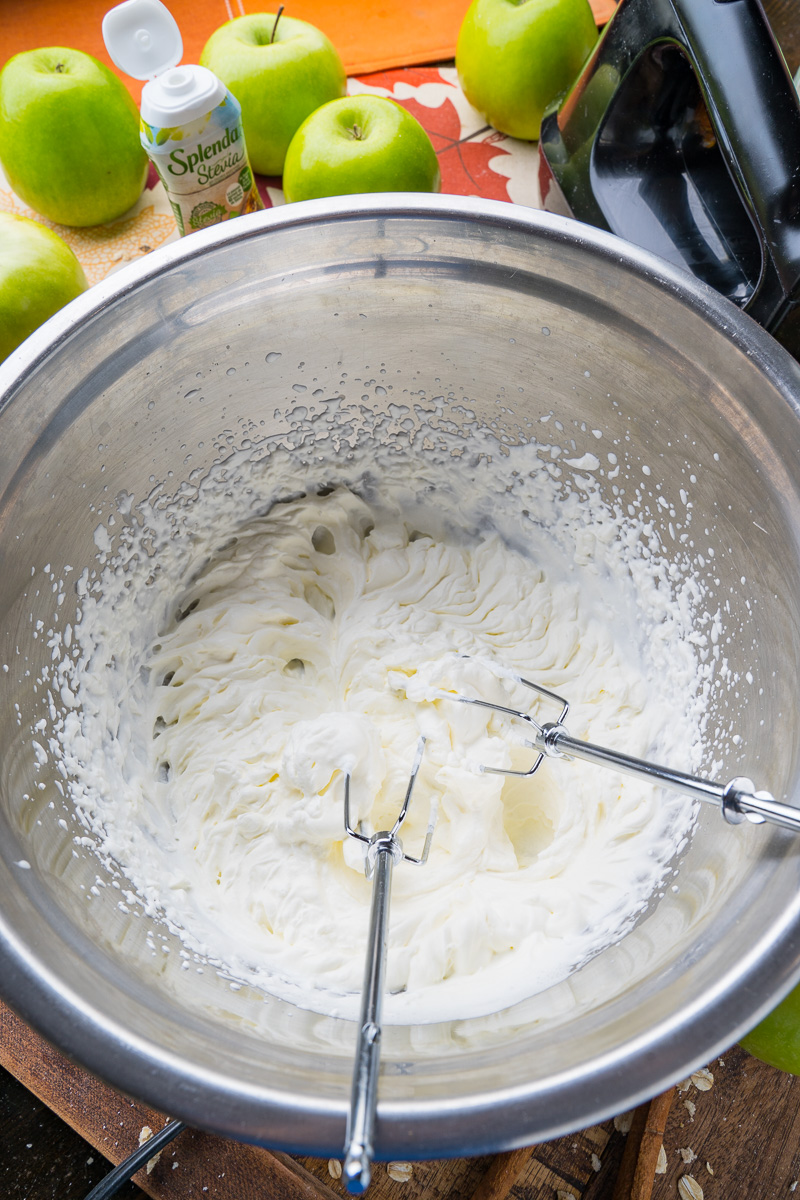 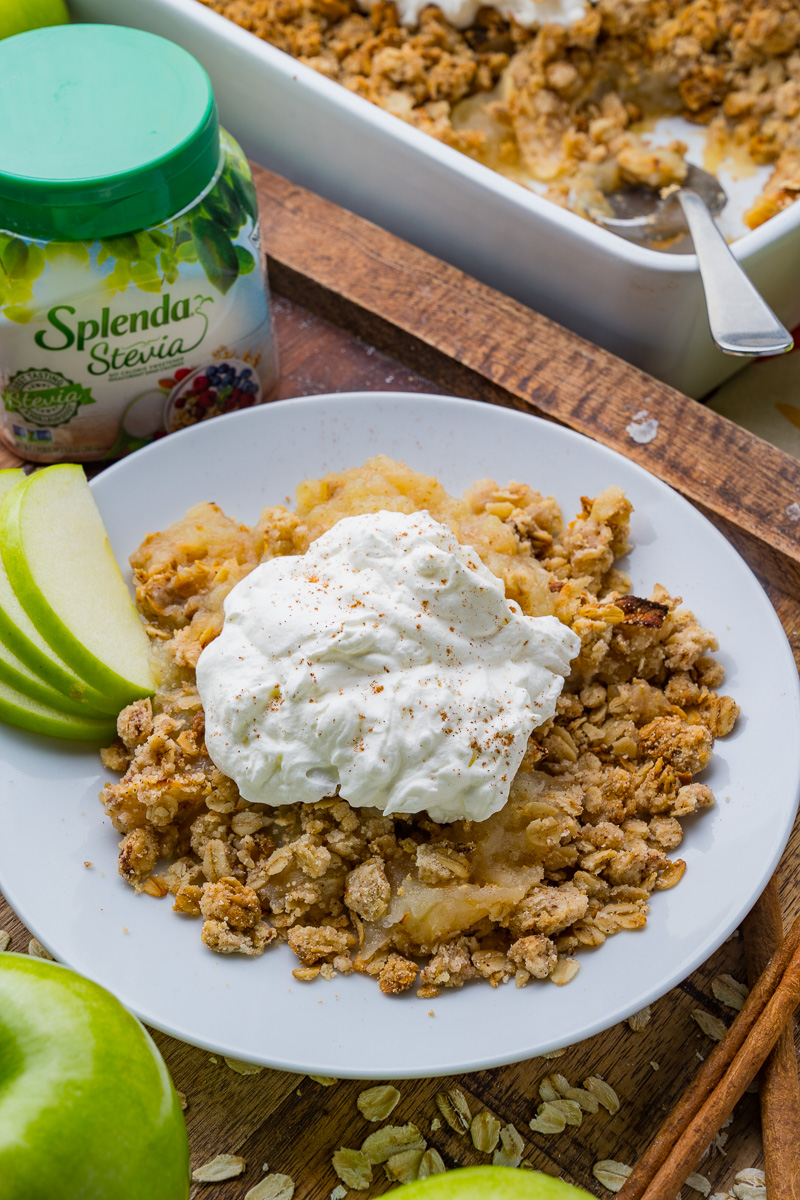 A super easy to make apple crumble with an old fashioned rolled oat topping that has no sugar added!

For the crumble topping:

For the apple filling:

For the whipped cream:

For the crumble topping:

For the apple filling:

For the whipped cream:

Disclaimer: This post was sponsored by Splenda. All opinions are my own.