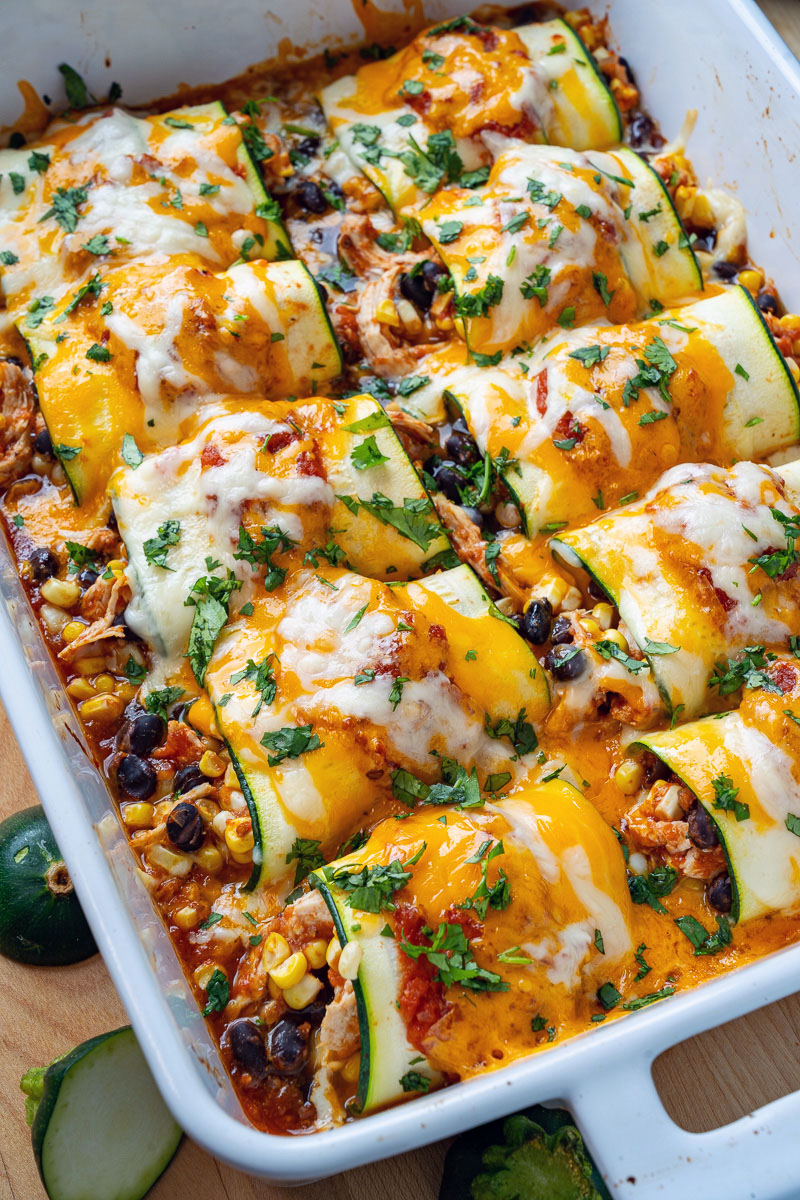 Tasty chicken enchiladas made with zucchini wrappers instead of tortillas!

Zucchini is such a versatile food and one really fun way to use it is to slice it thinly, stuff it with something tasty and roll it up! You can fill zucchini roll-ups with many different things and one of my favourites are these zucchini enchilada roll-ups! These rollups are stuffed with a simple enchilada mixture of chicken, corn, beans and enchilada sauce before being placed in a baking pan, topped with more sauce along with plenty of cheese! Slicing the zucchini thinly and rolling everything up takes a bit of time and effort but it’s so worth it! Using zucchini instead of tortillas to rollup enchiladas is a tasty, light and healthy to enjoy enchiladas this summer! 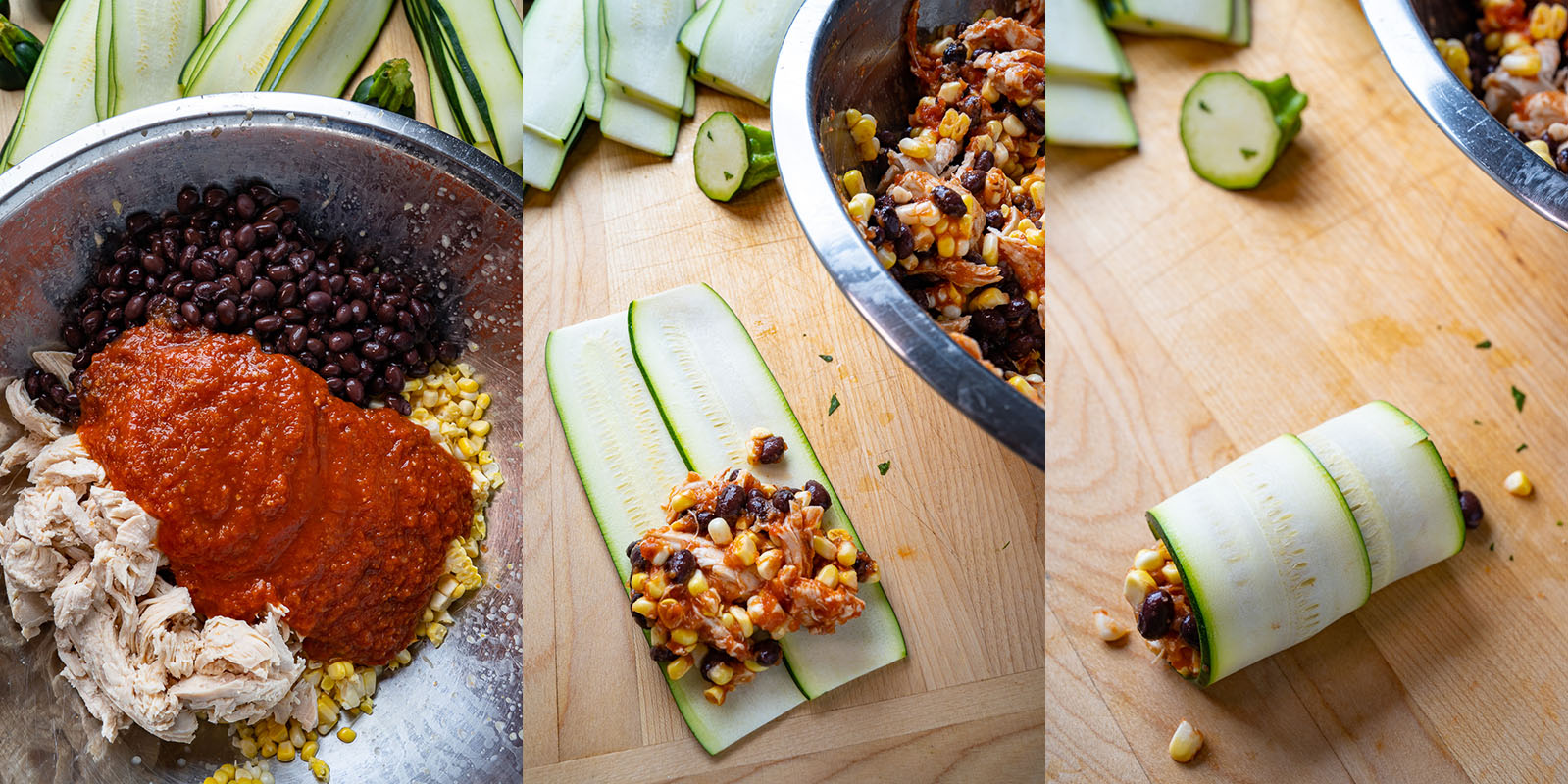 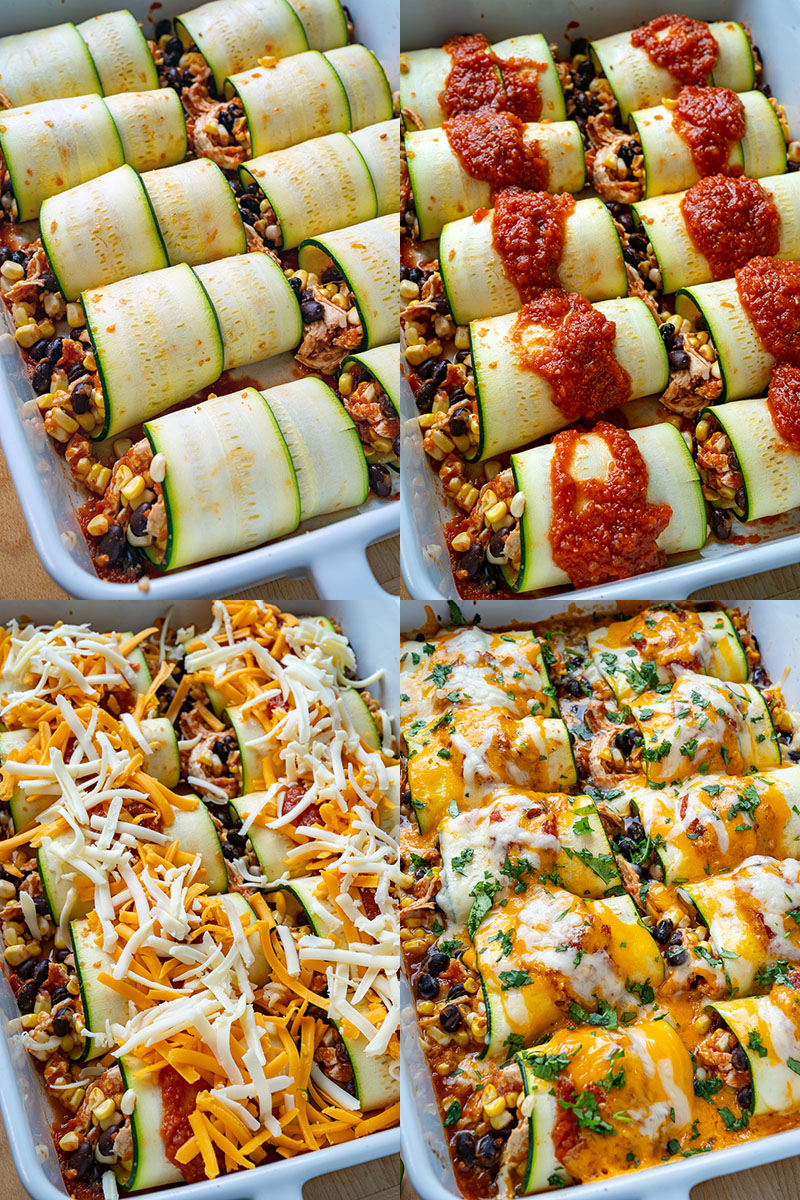 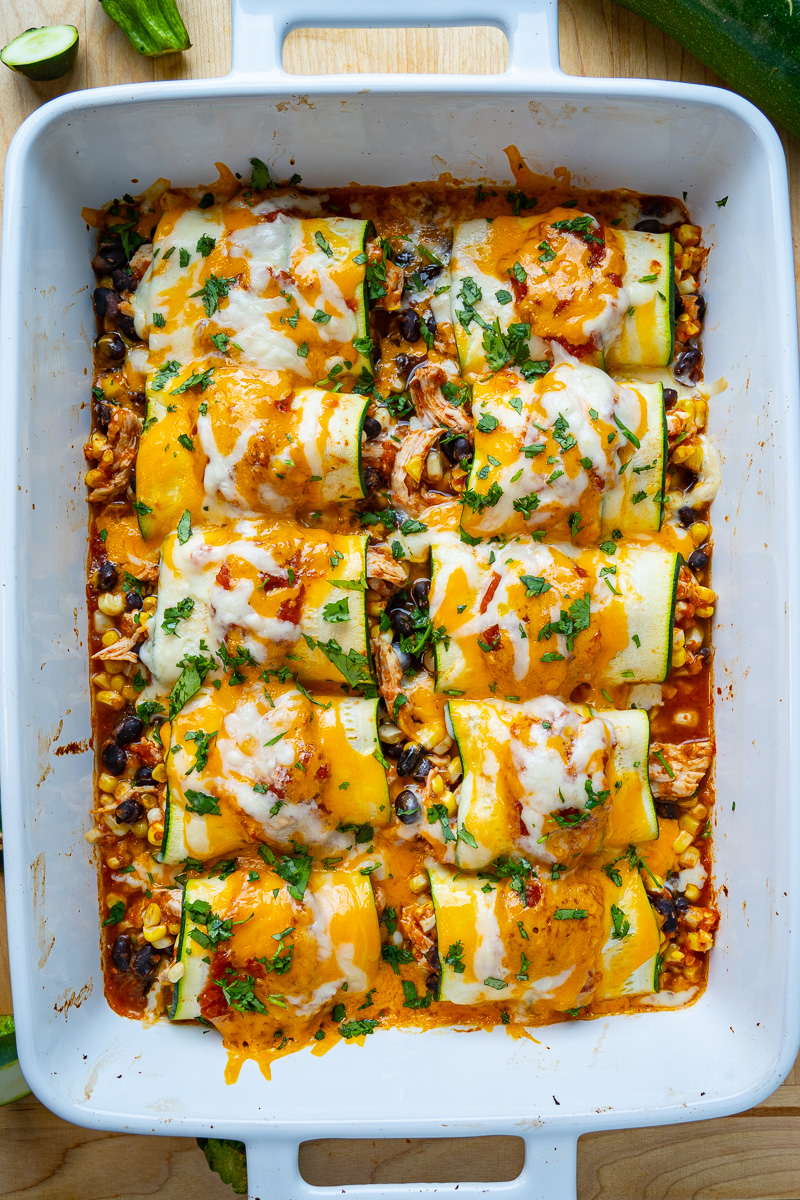 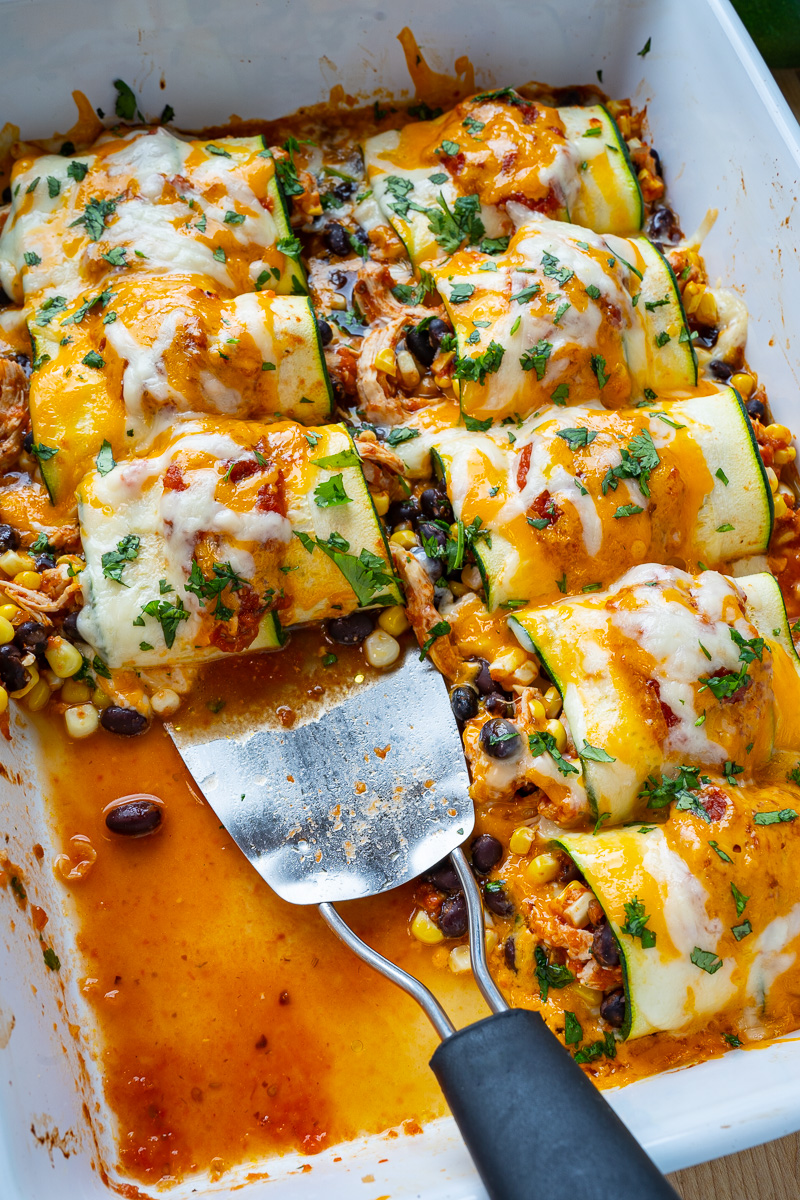 Tasty chicken enchiladas made with zucchini wrappers instead of tortillas!