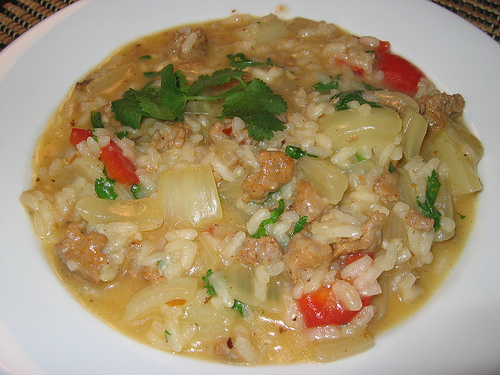 I came across this recipe for “Sausage, Pepper and Fennel Risotto” which sounded tasty. I have made a few risottos so far and I have really been enjoying them. I really liked the idea of making a risotto with Italian sausage. I have also been wanting to try using fennel for a while now. From what I understand, fennel is commonly used to flavour sausages and I thought they would go well together. When I made this risotto I wanted to try making it wetter, more stew like in consistency. It turned out pretty good. It was really tasty. The fennel had a really nice licorice like aroma when it was fresh but after it was cooked I could not really taste it all that much.