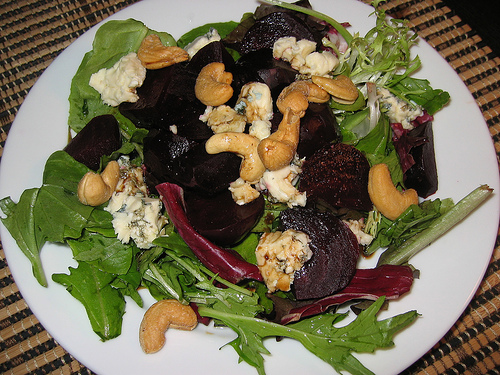 I have been meaning to try beets for a while now. I have been seeing them at the farmers market for a few weeks and I finally got around to picking some up. The only dish that I have really seen beets in is a beet salad so I thought I would try that. I saw some recipes that called for boiling the beets and some that called for oven roasting. I decided to go with oven roasting as it seems to add a flavour. I had heard that beets can stain your hands red for a while so I wore ziplock bags on my hands while peeling and cutting the roasted beets. They did indeed leave some stains on the counter that took some effort to remove. The oven roasted beets were pretty good. They were sweet and I really enjoyed their texture. Now I am off to look for some more tasty way to use beets.