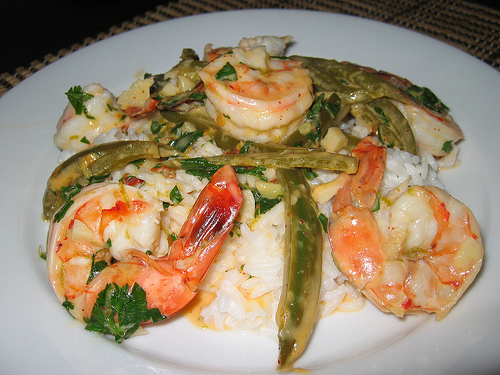 Since I (recently) discovered that I really like shrimp (prawns) I have been trying to include them in my meal plan more often. The other day I came across this recipe for spicy shrimp on coconut rice. The recipe sounded pretty tasty and it included coconut milk which I have been meaning to try cooking with for a while now. The dish was pretty tasty, though I think I went a bit overboard with the jalapeno peppers. I liked the coconut in both the shrimp and on the rice. I look forward to experimenting with coconut milk more.