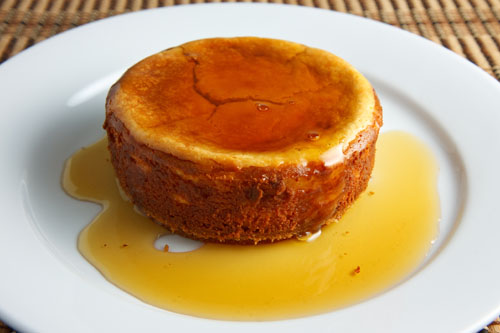 Maple has been on my mind a lot lately and I have been looking for new ways to enjoy it. While I was going through my bookmarked maple recipes I came across one for a maple cheesecake from Not Quite Nigella and I had to make it immediately. Cheesecake has to be one of my favorite desserts and combining it with the flavour of maple sounded like a great idea! I started out with my standard cheesecake recipe and pretty much just replaced the sugar with maple syrup. An equal amount of maple syrup is not as sweet as sugar but I knew that I was going to drench the cheesecake with more maple syrup when I ate it so I did a straight up replacement. My apartment was filled with the an amazing cheesecake and maple flavour while it was baking and that built up my anticipation even more. So much so that I ate the first one when it had cooled just enough to eat. The maple cheesecake drenched in maple syrup was so good! The still warm from the oven cheesecake was nice and light and fluffy and creamy and good! The maple syrup soaked into the crust and into the cheesecake infusing every mouthful with intense maple flavour. It was pure delight! I ate the second one cool from the fridge and it was more dense and creamy the way I normally like my cheesecakes and it was just as good. I served the second one with some maple whipped cream for even more maple enjoyment. 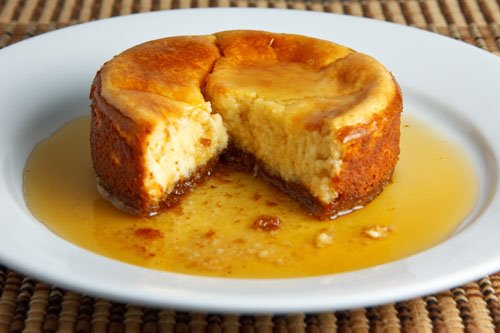