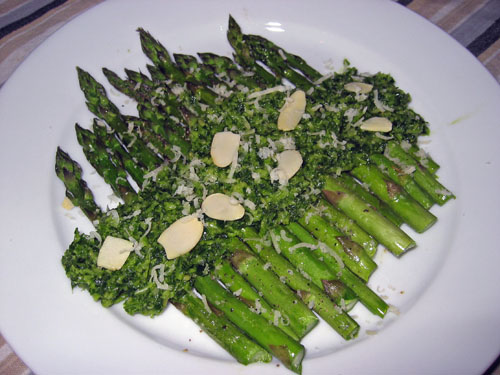 I have used parsley in many recipes, but up until now the parley has been a minor player and/or a garnish. I have never used parsley as the star of a dish. The other day I was watching the food network and they had a recipe for parsley pesto . I just had to try a recipe that placed parsley as the main flavour. I used the recipe pretty much as is, but I cut down on the volume. It was surprisingly tasty. If you like parsley you will probably like parsley pesto.
I have made pesto from basil before, but it never occurred to me that other herbs could be used in this way. This opens a few more doors. A dill pesto? A cilantro pesto?