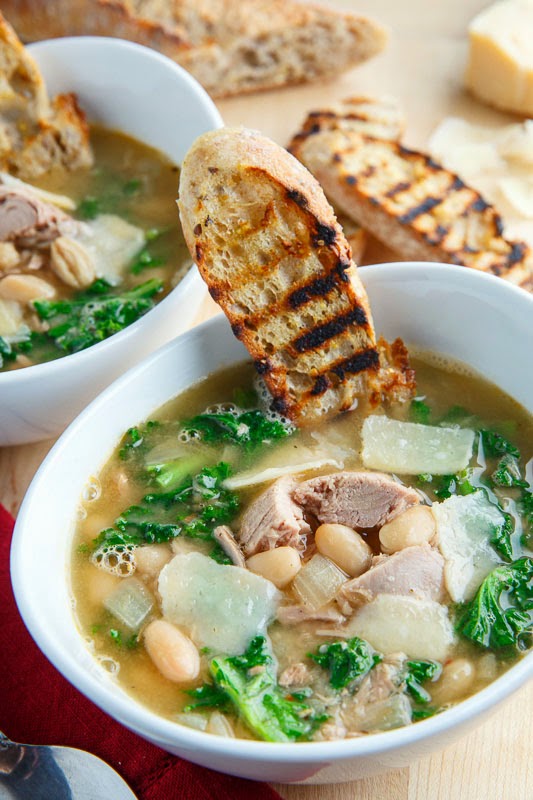 Tuna is a staple in my pantry, it’s always nice to have on hand and I always enjoy using it. The other day I was thinking that I had not tried using tuna in a soup and that it would go well in one. That immediately led to the idea of a light and healthy soup based loosely on a tuscan tuna salad. I started with some Clover Leaf solid white tuna to which I added white beans and italian seasonings along with fennel and a touch of paprika. I always like to have some green vegetables in my meals and kale fit the bill for this soup perfectly! I finished the soup off by melting a bit of parmesan into it which adds that: you just can’t quite place your finger on it, but makes the soup that much better, element. I have to say that tuna works well in soups and I will definitely be doing it again! This tuna, white bean and kale soup is pure comfort food and yet it is also nice and light and healthy!
Scroll down a bit for the chance to win a Clover Leaf tuna prize! 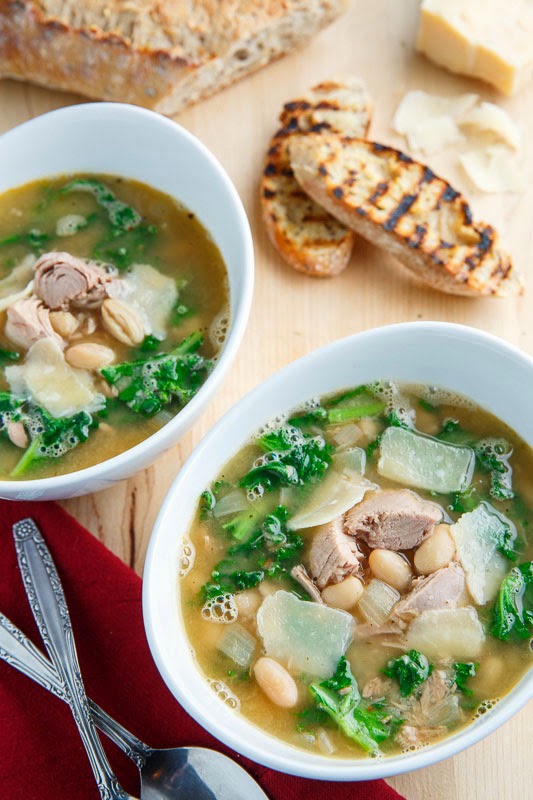 Just look at those nice chunks of tuna! 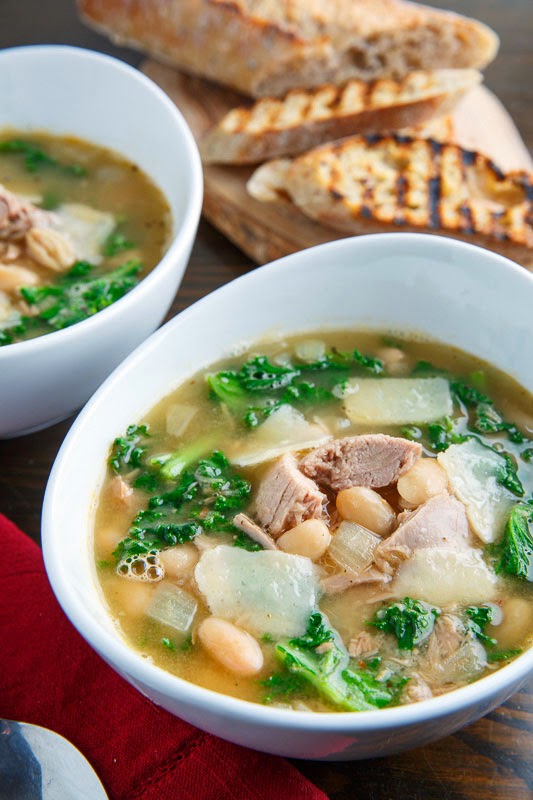 This soup goes great with some garlic rubbed crostini! 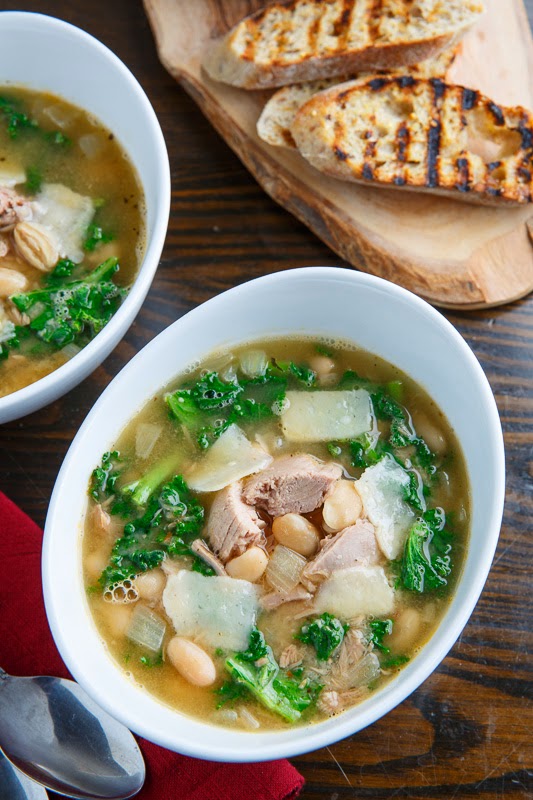 A light, healthy and tasty Clover Leaf tuna, white bean and kale soup that is ready in under 30 minutes!