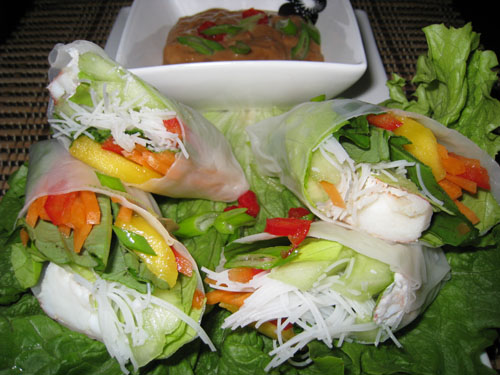 This week I got a copy of Crab by Andrea Froncillo and Jennifer Jeffery from Jaden (of Steamy Kitchen ) and Jennifer. I was going to try one of the recipes from the book but when I saw Jadens post about Vietnamese summer rolls with cashew butter dipping sauce I decided to try making crab summer rolls. I had originally bookmarked the recipe for Goi Cuon when I saw it on Oishii Eats . The summer rolls looked nice and light and fresh and the cashew dipping sauce sounded really tasty. This was my first time working with crab, rice paper, vermicelli and cashew butter. I got some frozen precooked crab that was still in the shell from a local fish monger. It was a bit of a challenge to get the meat out of the shell. The summer rolls came together fairly easily, though my skills at wrapping them are some what lacking. I will have to practice a bit more. 🙂 The crab summer rolls turned out pretty good. They were soft and crisp and crunchy and refreshing. The mint and Thai basil in the rolls was really nice. I quite liked the crab meat and I look forward to having it again. Next week I will have to try a recipe from the book. 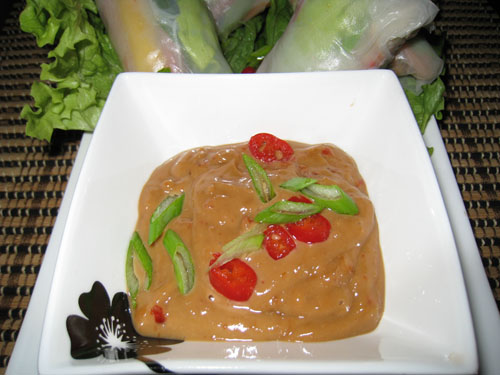