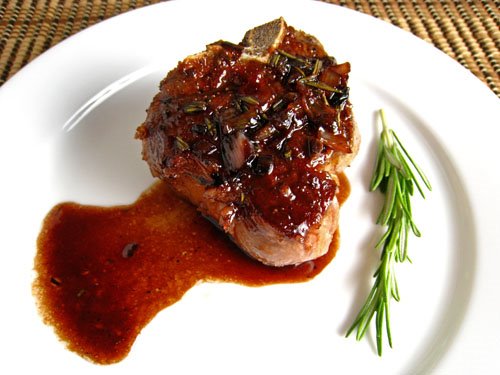 A while ago I picked up some pomegranate molasses and since then I had only used it once to make some dukkah crusted pomegranate marinated cod . I really enjoyed the pomegranate molasses and I had been itching to use it again. Since I had also been enjoying lamb recently this recipe for lamb chops with pomegranate and red wine sauce grabbed my attention. The lamb chops and sauce came together in less than a half an hour. I made sure to cook the lamb until it was just medium rare and it was nice and tender and juicy. The sauce was tasty and the pomegranate flavour really came through. The honey balanced out the tartness of the pomegranate molasses and the acidity of the balsamic vinegar creating a really nice flavour combination. Of course the rosemary went well in the sauce and I could not resist using fresh to add just a touch of green to the sauce. I served the lamb with some steamed asparagus and apricot couscous. 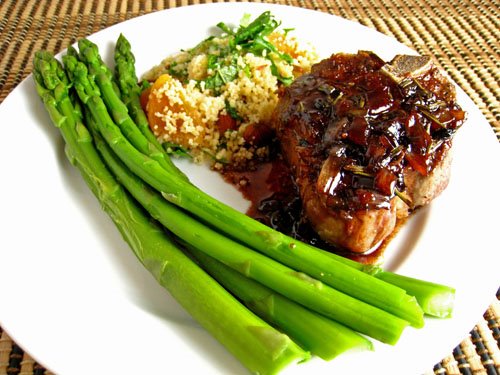