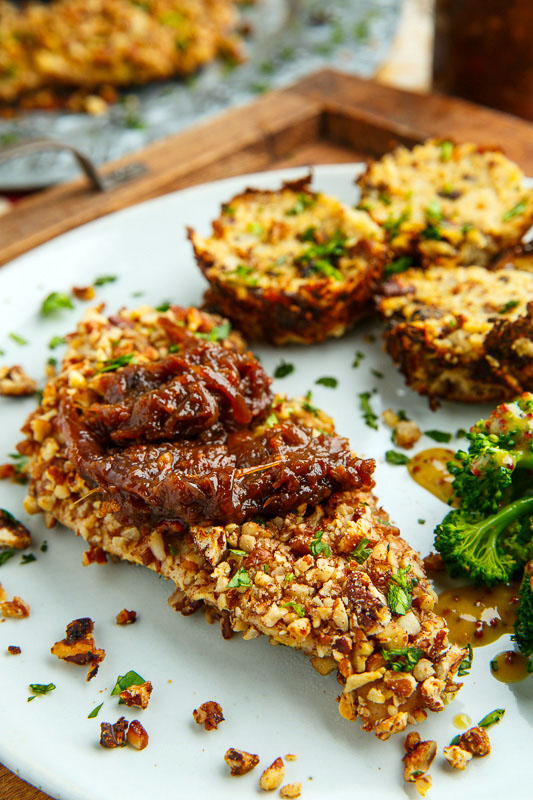 Not looking for a big, multi course, meal this Thanksgiving? How about these pecan crusted turkey cutlets with bacon-maple onion marmalade; a quick and easy turkey main that is perfect for any occasion! This meal is started by making the bacon-maple onion marmalade, which although it takes a bit of time, it’s so easy! You start by cooking the onions until they caramelize and get all nice and sweet before adding maple syrup, balsamic vinegar and bacon far an amazing balance of sweet, sour and salty! The pecan crusted turkey is also really simple where you spread on some tangy dijon mustard on the turkey before pressing on chopped pecans and baking in the oven until the turkey is cooked and the pecans are nice and toasted and crispy! If you make the onion marmalade the day before this meal takes almost not time to make, making it a nice alternative to a full roast turkey!
Serve with some Thanksgiving side dish recipes! 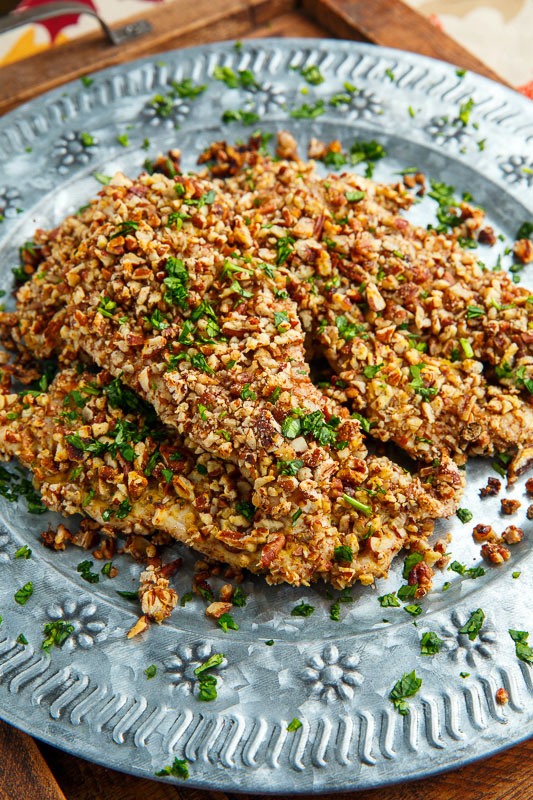 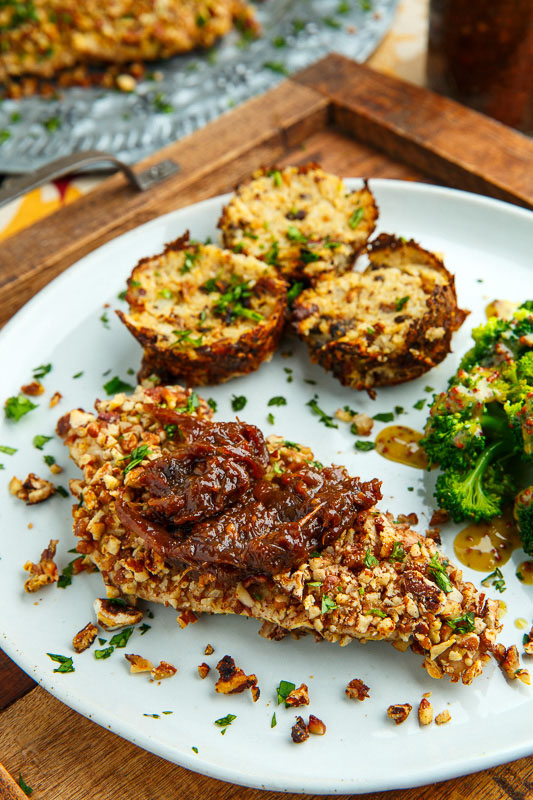 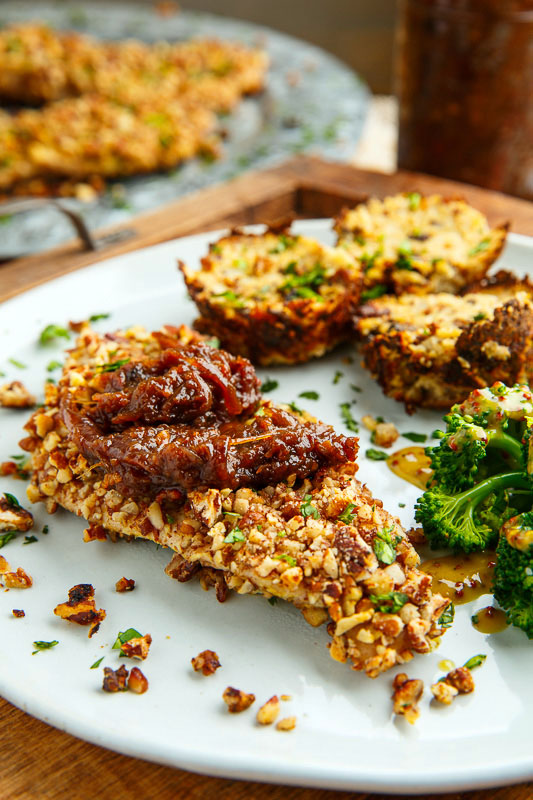 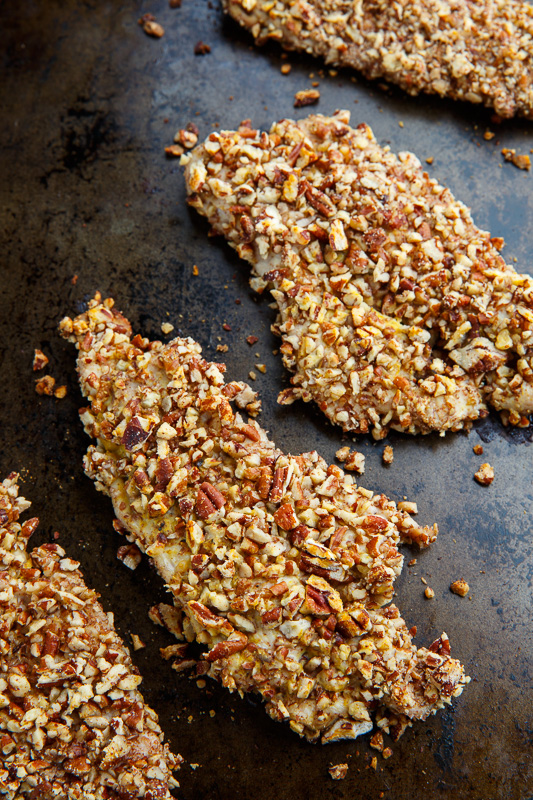 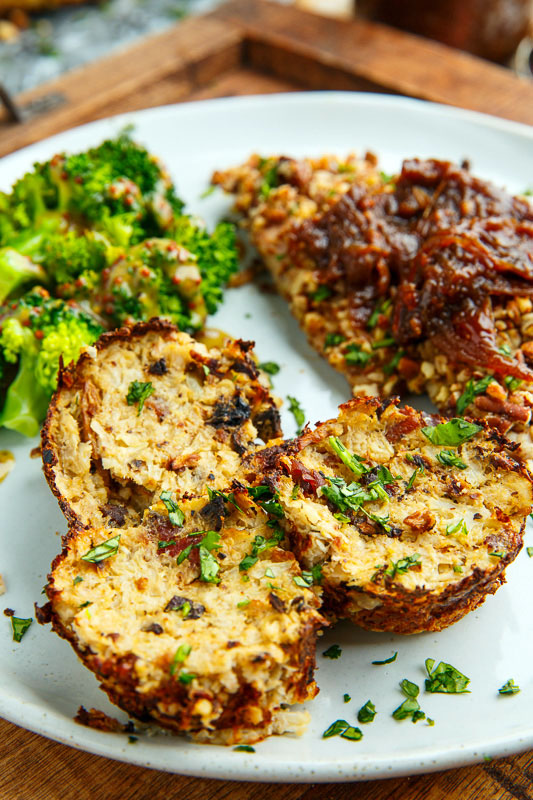 For the turkey cutlets: