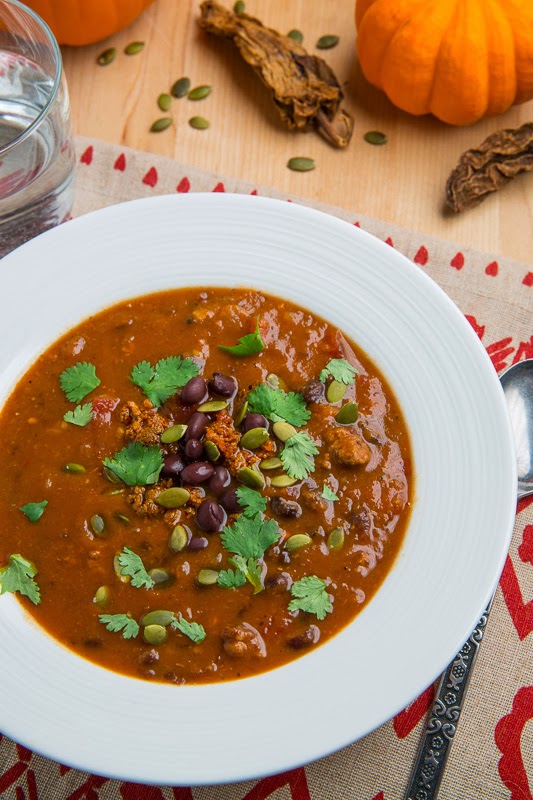 I can’t believe that October is almost over and that means that the pumpkins will soon disappear so I wanted to get at least one more pumpkin recipe in and this time it’s a pumpkin soup that is perfect for the cooling weather. Really this soup is just a combination of two of my other favourite pumkin soups the pumpkin and black bean soup and the pumpkin and chorizo soup but despite it’s simplicity it is super tasty! I mean you really cannot go wrong combining pumpkin with black beans and spicy Mexican style chorizo sausage in a warm and hearty soup! This soup has it all, the pumpkin and partially pureed black beans make it nice and thick and creamy, the chorizo sausage and remaining black beans give it a nice hearty texture and the chipotle chilies in abobo make it nice and smoky and give it a healthy amount of spicy heat to keep you warm! This pumpkin, chorizo and black bean soup is a great way to enjoy the last of the pumpkins this season and a great way to keep warm in these cooling days! 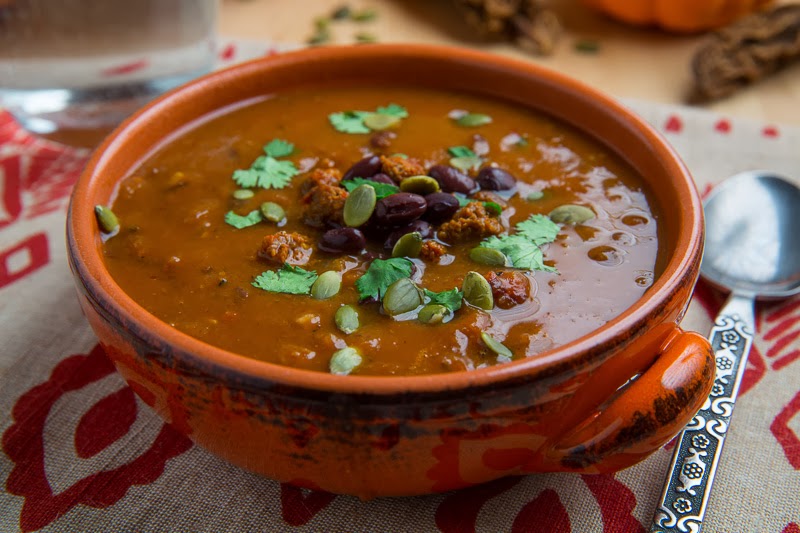 This soup goes great with a garnish of pepitas and cilantro! 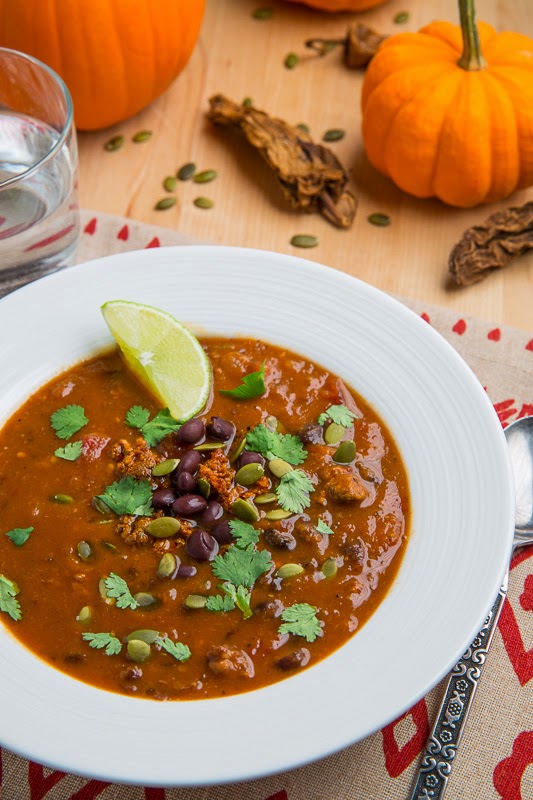 For Slow Cooker: Implement step 1, optionally implement steps 2 & 3, place everything except the cilantro in the slow cooker and cook on low for 6-10 hours or high for 2-4 hours before adding the cilantro.
Option: Use diced ham instead of chorizo.
Option: Puree some or all of the black beans and diced tomatoes for a creamier texture.
Option: Add diced pumpkin and simmer until just tender if you want to be able to sink your teeth into it.
Nutrition Facts: Calories 379, Fat 18g (Saturated 6g, Trans 0), Cholesterol 36mg, Sodium 651mg, Carbs 33g (Fiber 9g, Sugars 7g), Protein 20g
Nutrition by: