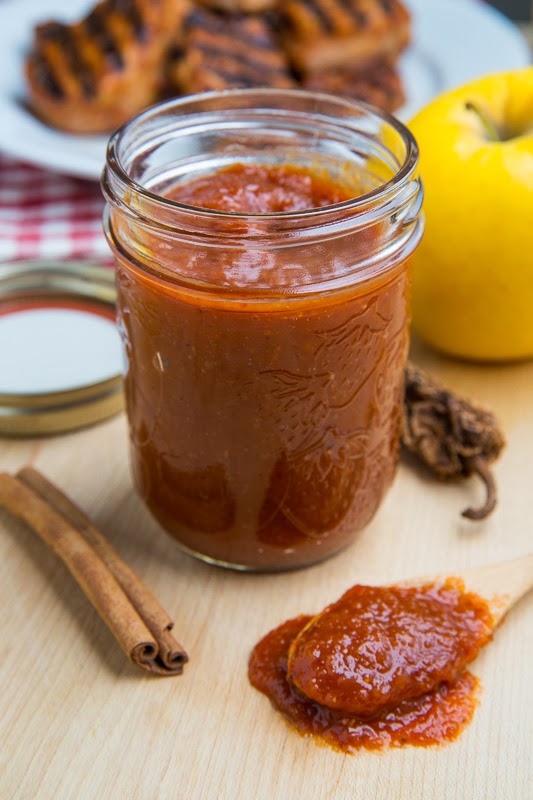 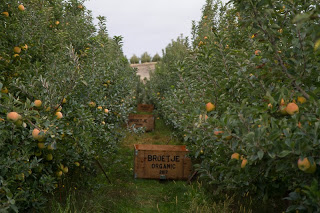 A few months ago I had the opportunity to head out to Washington to visit the Broetje Ordchards and in particular to see their Opal Apple ordchards. Opal apples are a relativley new breed of apple that is a cross between the golden delicious and topaz, it is yellow, crispy and it has a sweet and tangy or tart flavour. Other than being super tasty one nice thing about the opal apple is that it doesn’t brown after being sliced so it is great for packing for lunches pre-sliced. 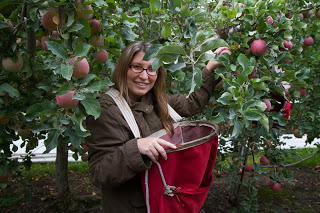 I had the pleasure of participating in this adventure along with Leslie from The Hungry Housewife, Katie from Katie’s Cucina and Lindsay and Bjork from Pinch of Yum. While visiting the orchards we had the chance to help out, picking some apples, which is pretty hard work, especially when you consider that it is done by hand and you have to be gentle with them so that they don’t bruise. 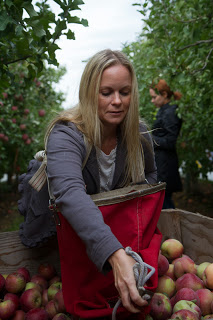 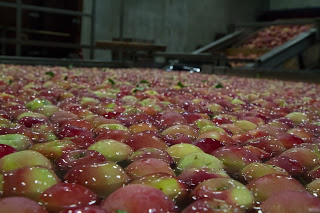 Opal apples are available December through April and you can find Opal apples in various stores in the USA and Canada.

Just look at all of those beautiful apples bobbing in the water! Who wants to go dunking? 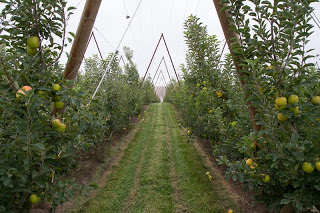 As soon as I got my hands on some Opal apples at home I just had to use them in a recipe, well after snacking on quite a few of them anyways! With all of the cold weather that we have been having, I have been yearning for some warmth and sunshine so the first thing that I used the apples in was a tasty apple BBQ sauce since BBQ sauce tends to remind me of summer. I went with some of the usual BBQ sauce suspects and I used chipotle chilies for the heat source and to add some smokiness to the sauce. One thing that I did that was a little different was to add a hint of cinnamon, because apples really deserve cinnamon, and I roasted the apples first to help bring out their flavour. This roasted apple BBQ sauce is super easy to make and great on everything from pulled pork, to chicken and anything else that you would use BBQ sauce on. (See below for some apple BBQ grilled pork tenderloin medallions.)

The recipe for the sandwiches in this photo will be coming soon! 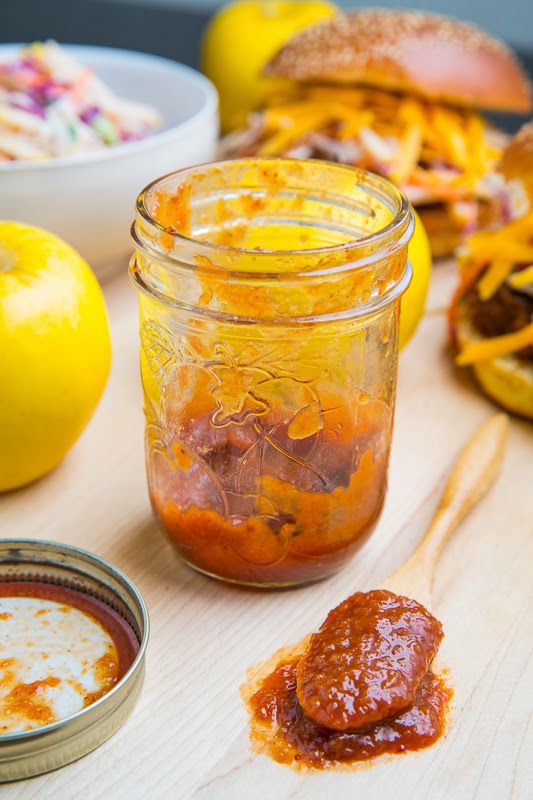 A tasty roasted opal apple BBQ sauce that is perfect on everything from grilled pork tenderloin medallions to pulled chicken sandwiches.

Note: Use enough chipotle chilies to bring the heat to the level that you desire.
Note: If the BBQ sauce is a little lumpy, push it through a fine mesh sieve.
Nutrition Facts (per cup): Calories 352, Fat 5g (Saturated 0, Trans 0), Cholesterol 0, Sodium 1640mg, Carbs 79g (Fiber 6g, Sugars 64g), Protein 3g
Nutrition by: 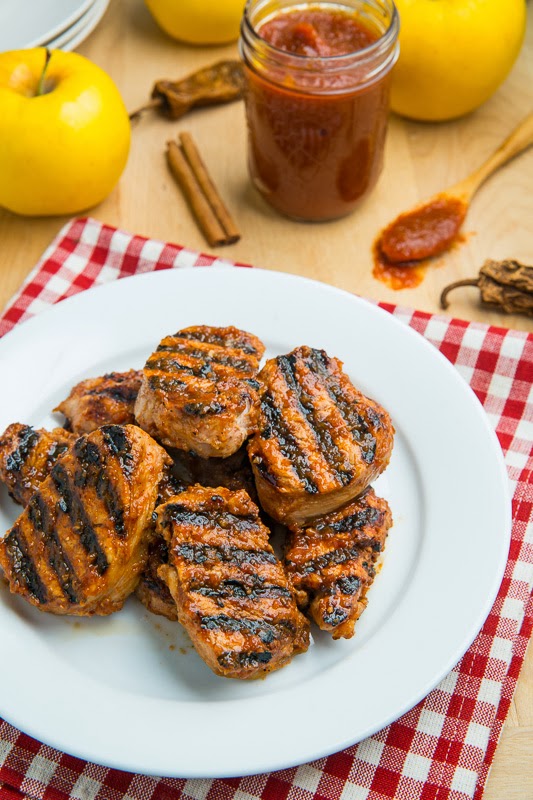 Of course I could not leave you with nothing to do with this tasty new roasted apple BBQ sauce! The first thing that I did with it was use it as a marinade on some grilled pork tenderloin medallions. Pork and apples are a fabulous combo and using the roasted apple BBQ sauce on grilled, melt in your mouth, moist and tender, pork tenderloin medallions is simply magical! Believe me, these are definitely worth braving the cold to fire up the grill but it that’s not your style then a grill pan on the kitchen stove also works wonders!

I served the apple BBQ grilled pork tenderloin medallions with some simple steamed brussels sprouts and some creamed corn with roasted red peppers and bacon (recipe to come). 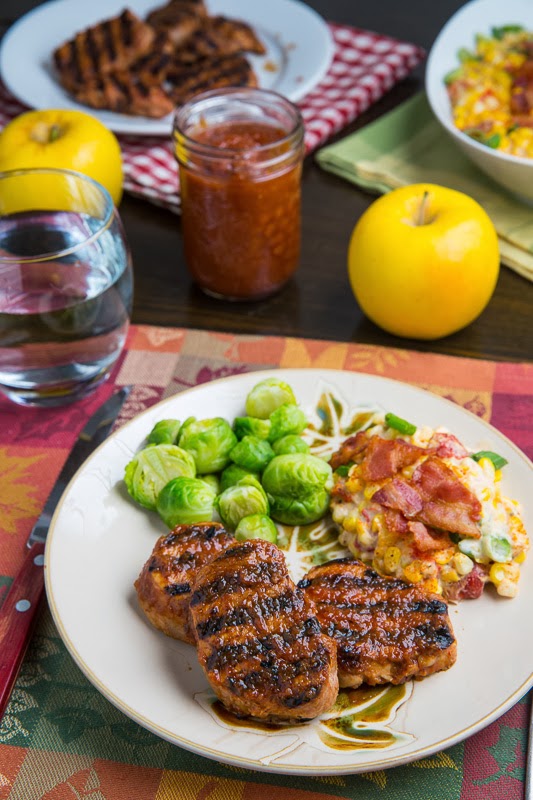