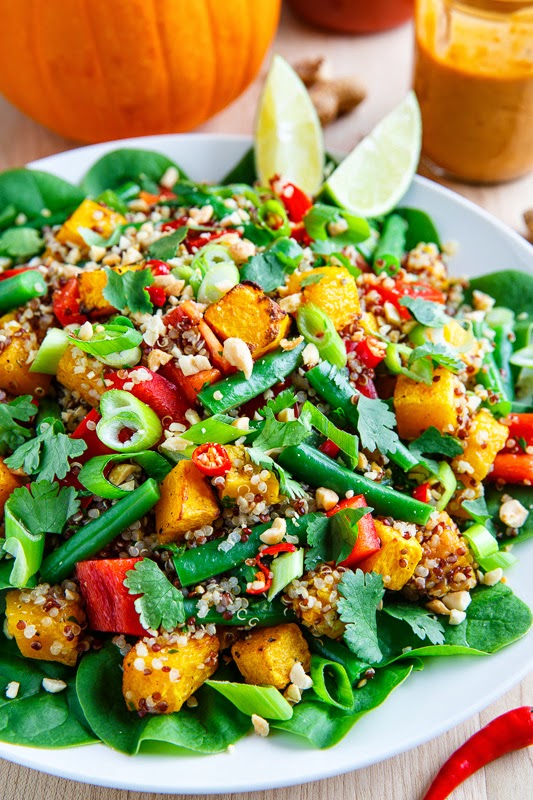 It’s time for another pumpkin recipe and this time we’ve got a roasted pumpkin and green bean quinoa salad in a tasty Thai peanut dressing. Quinoa makes for both a nice addition to a salad and a great base for salads and if you are using it as a base for a salad all you really need to do is add some veggies, like pumpkin, along with a dressing and you’re done! In addition to the pumpkin I added green beans (which I blanched rather than roasted to retain their bright green colour and crispy crunch) and red peppers along with some green onions and cilantro. The pumpkin and Thai peanut sauce combo is a fabulous one, and the inspiration for this salad, so a dressing based on it was a must! Although it’s not required, I like to serve this salad on a bed of baby spinach, just to get some more veggie goodness! 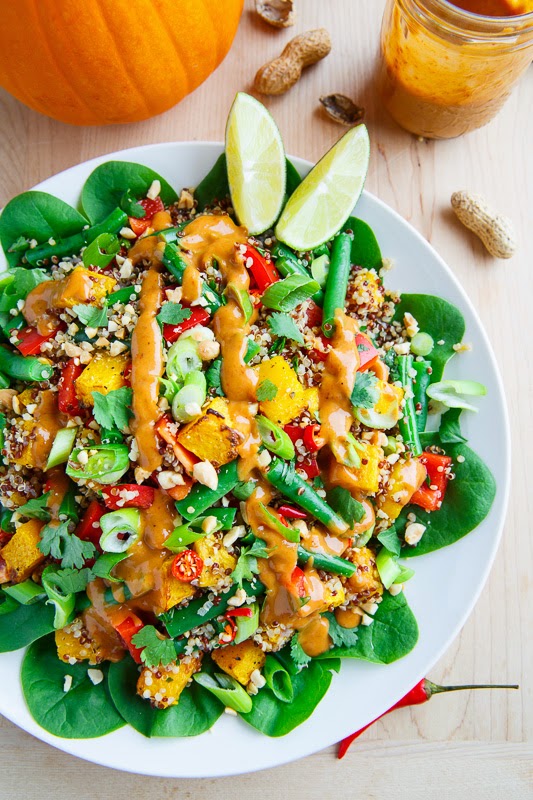 For those that like it extra spicy, go ahead and load on that sriracha! 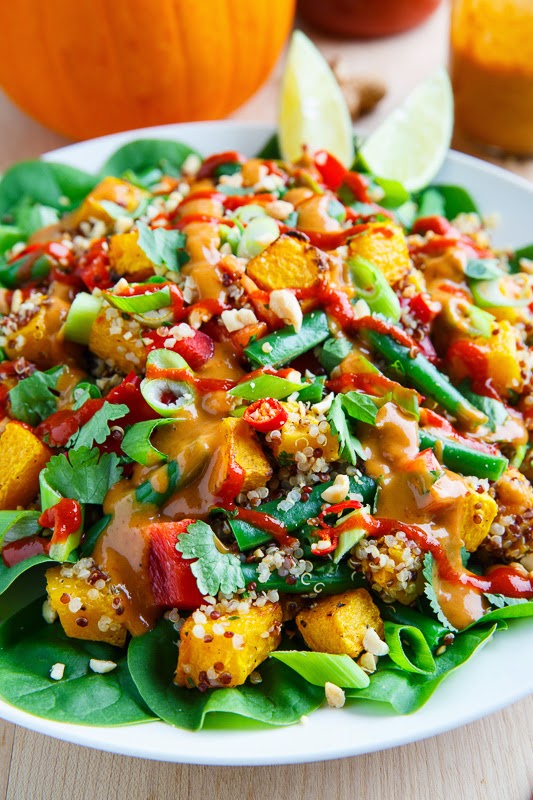