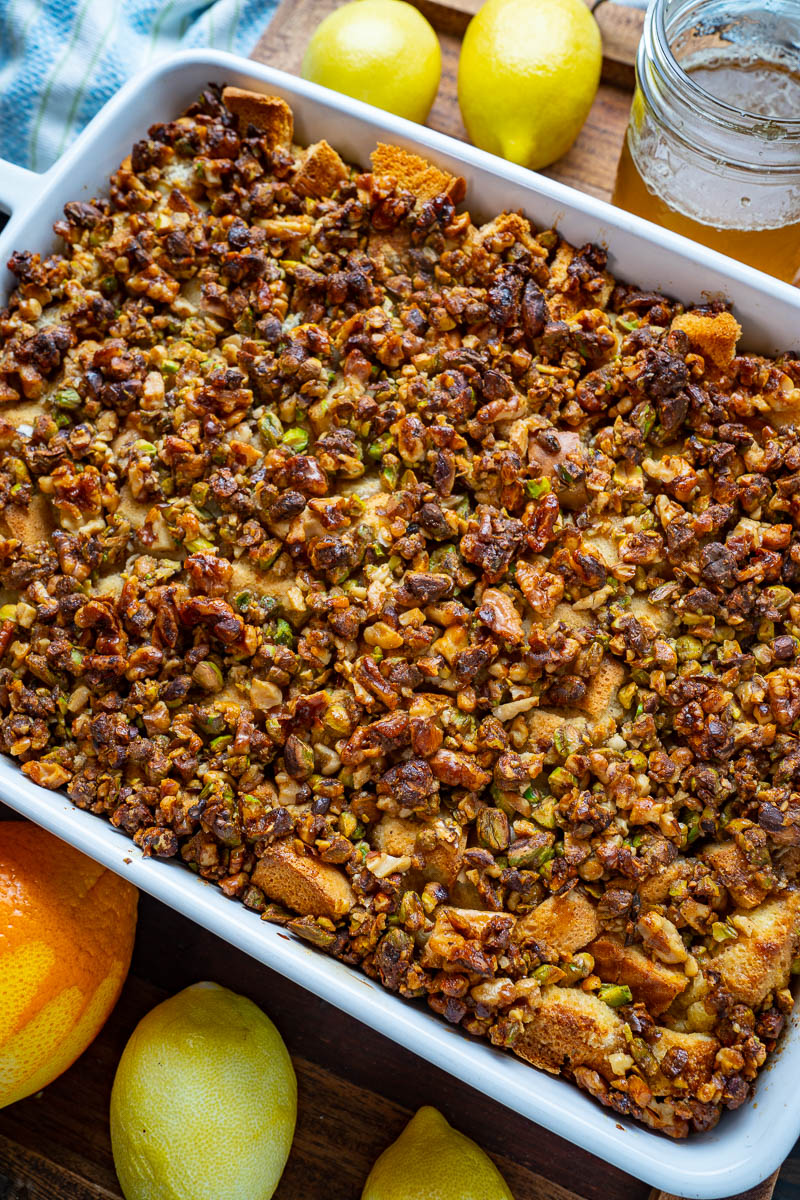 A casserole baked French toast with all of the flavours of baklava including a nut topping and a honey syrup!

I always enjoy French toast for special breakfasts! There is just something that’s magical about the moist bread dipped in an egg and milk batter before being fried until golden brown and crispy on the outside and then smothered in syrup! Yum! There are several different ways to make French toast and this is a baked casserole style of French toast where the bread is cubed and combined with the custardy egg, milk and cream mixture before being baked. I like this style of French toast as the center is nice and moist and soft and the top gets a little crispy.

This baklava baked French toast uses the flavours from the baklava treat and it makes for an amazing special breakfast for mom on Mother’s Day! Some of the flavours of baklava, including honey, cinnamon and citrus zest are included in the bread mixture for the base of the French toast and it’s topped with a combination of nuts, plenty of nuts! (I like to use an combination of walnuts and pistachios!) Baklava is normally a wet dessert that’s swimming in a honey based syrup and this French toast is served with a similar syrup made with honey, that’s infused with citrus and cinnamon! This baklava baked French toast is super easy to make for any special occasion and it’s sure to please! 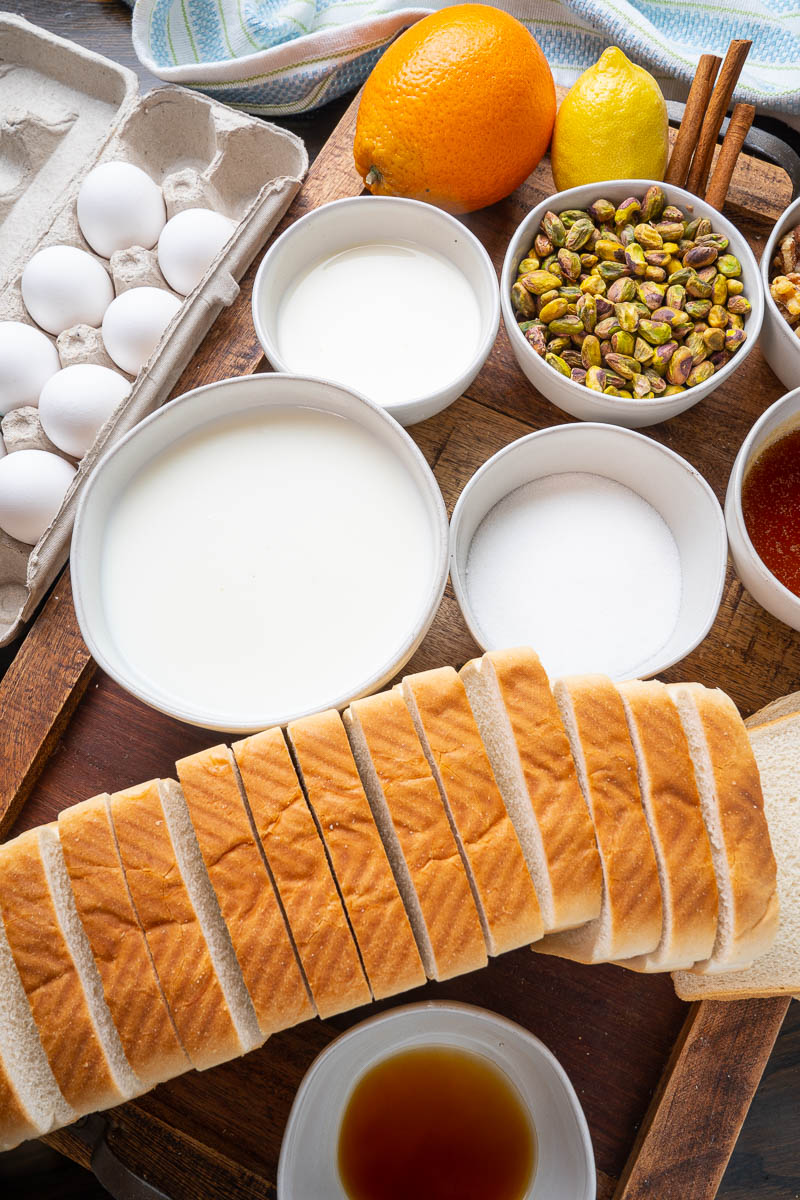 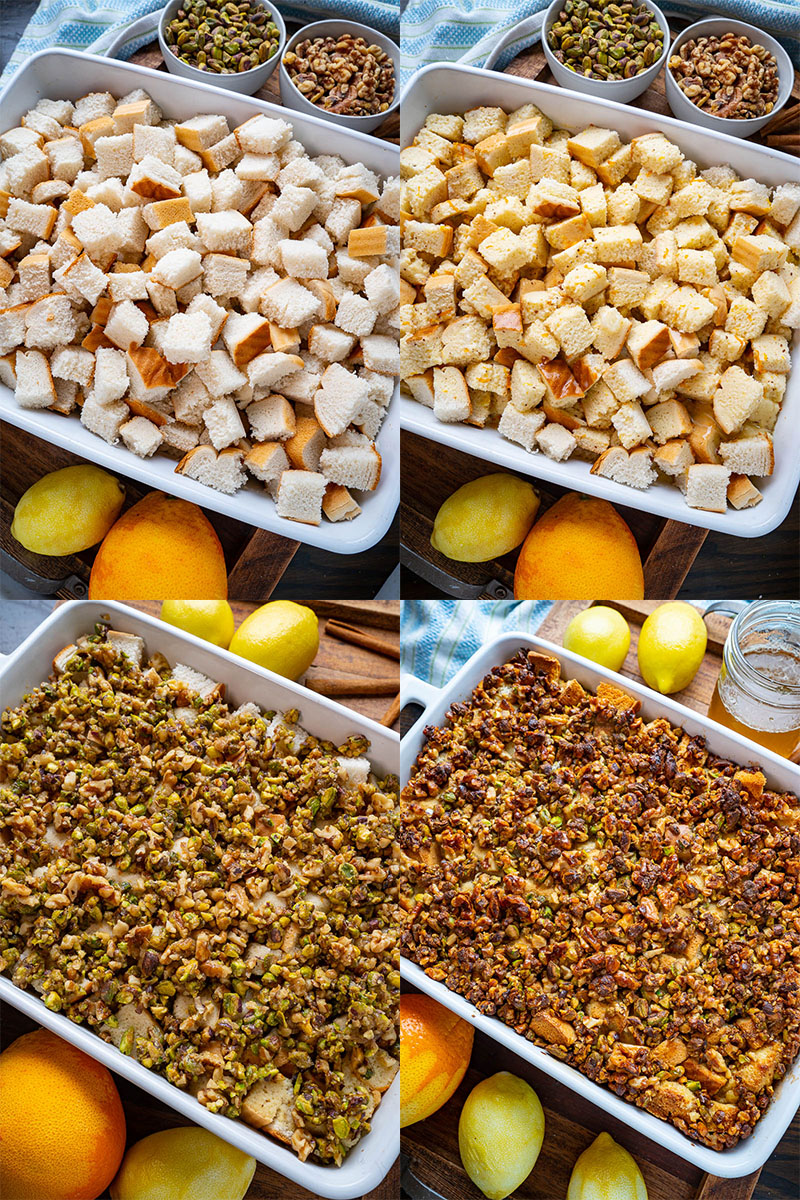 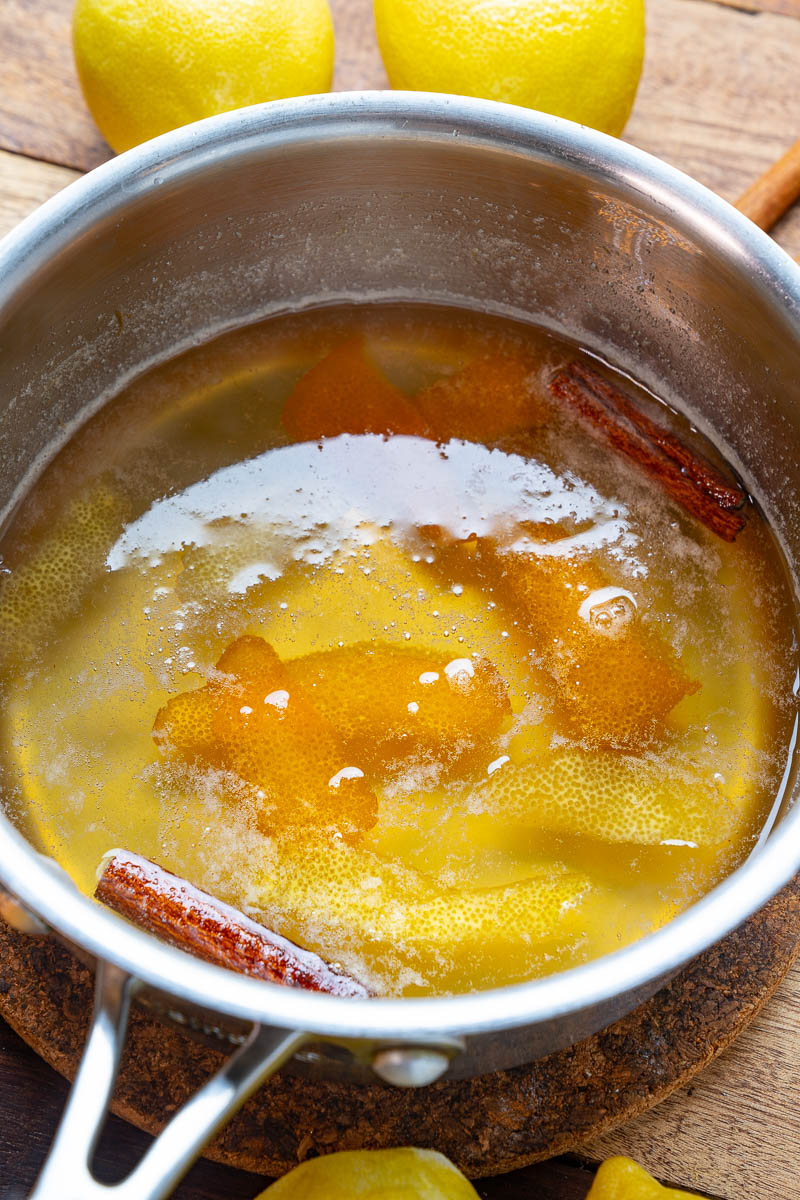 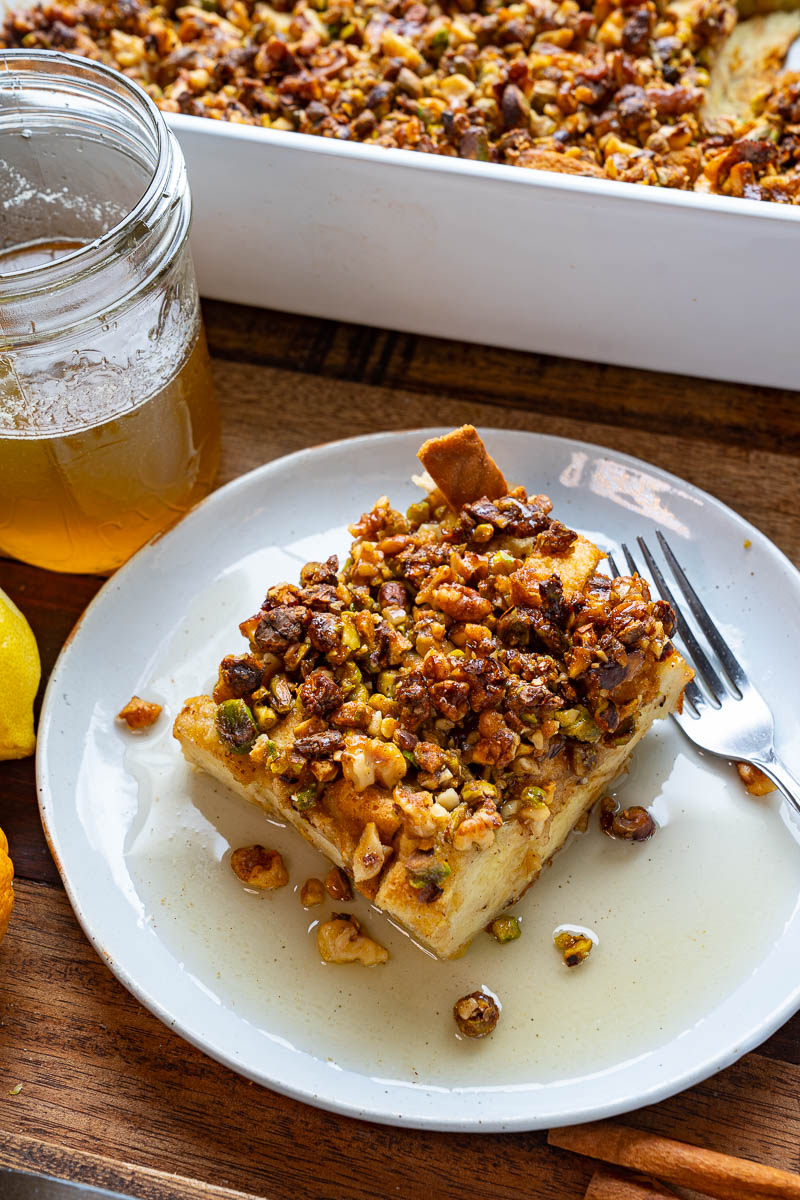 A casserole baked French toast with all of the flavours of baklava including a nut topping and a honey syrup!

For the french toast:

For the french toast:

Tip: Use a vegetable peeler to get the thin strips of lemon/orange rind. You want to avoid getting too much of the white part of the rind, which is bitter.
Option: Use zest instead of the strips of lemon peel and orange peel.
Tip: Store any leftover in a sealed container in the fridge and warm before serving.
Nutrition Facts: Calories 443, Fat 20g (Saturated 5g, Trans 0), Cholesterol 124mg, Sodium 229mg, Carbs 56g (Fiber 3g, Sugars 35g), Protein 12g
Nutrition by: