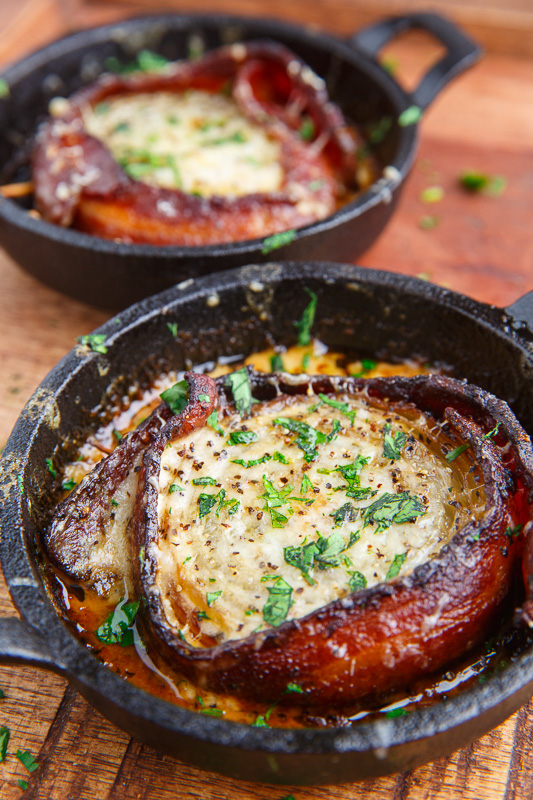 Are you ready for another side dish recipe? How about these tasty creamy asiago bacon wrapped roasted onions?!? Onions are one of those ingredients that I can overlook; it’s a staple in many recipes but I can sometimes forget that the onion can be the star of the show! In this recipe the onions are simply cut in half, wrapped in bacon and roasted in a creamy asiago sauce until they are nice and melt in your mouth tender and oh so creamy and good! You then sprinkle on some asiago cheese and let it melt, both onto the onions and into the sauce. As simple as the sauce is with just broth and cream, once you add the juices from the onions and bacon and you roast it so that it reduces and concentrates its flavour it becomes so irresistibly good! The, you’ll be licking your plate clean, kind of good! These creamy asiago bacon wrapped roasted onions are sure to be the star of your next meal! 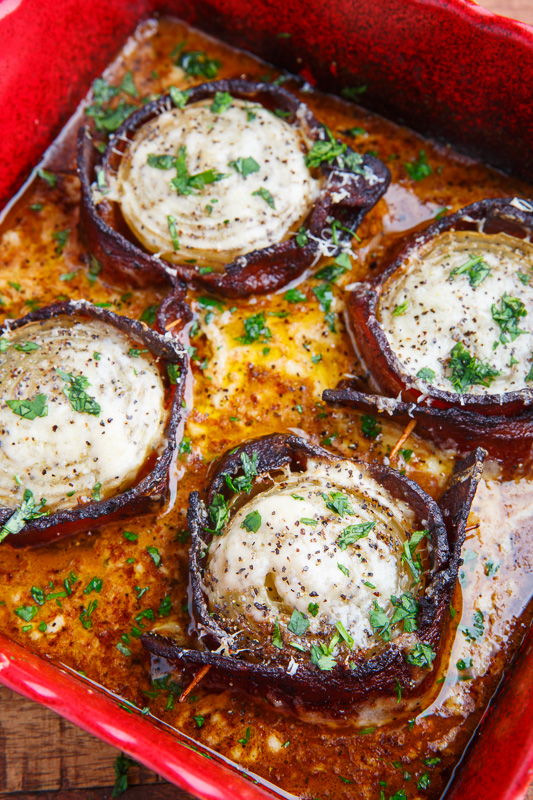 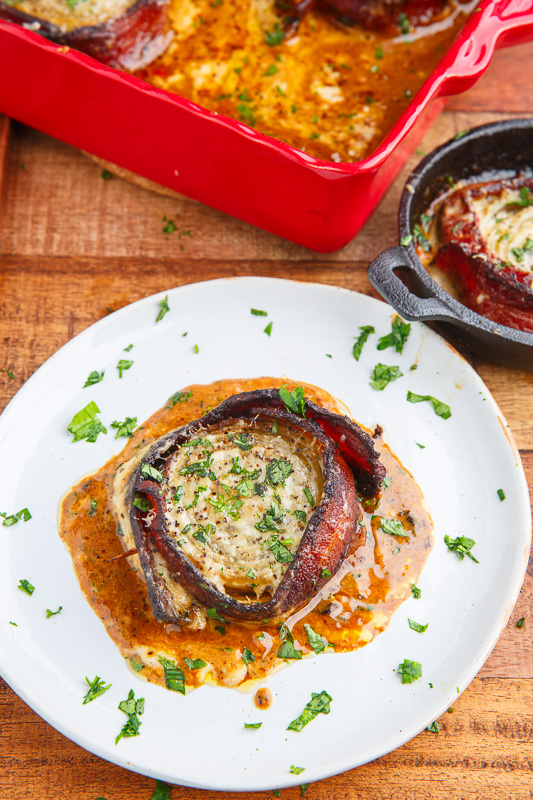 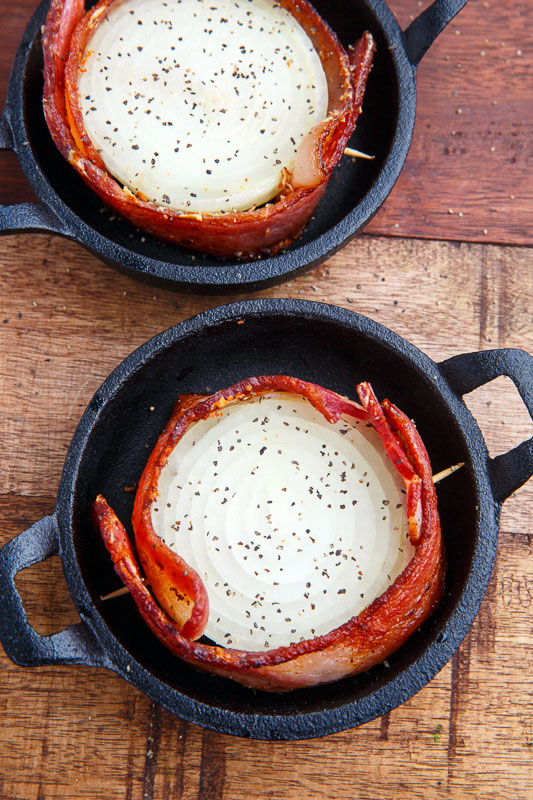 An onion gratin never had it so good! 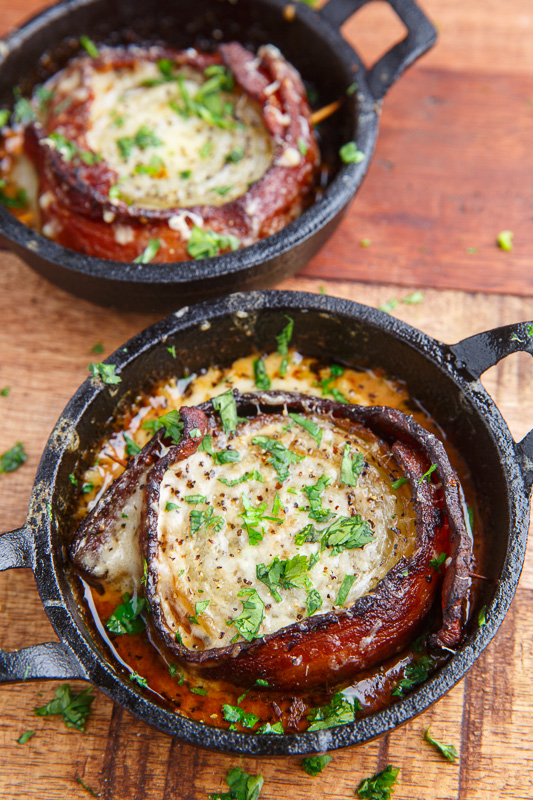 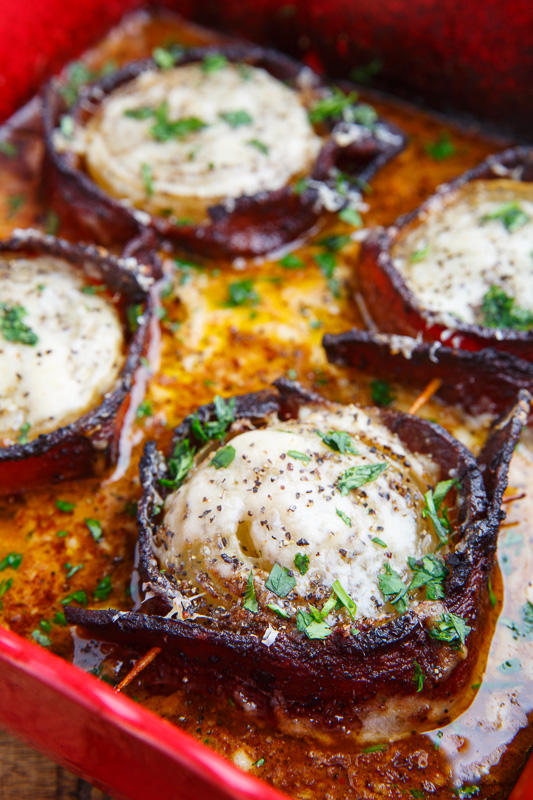