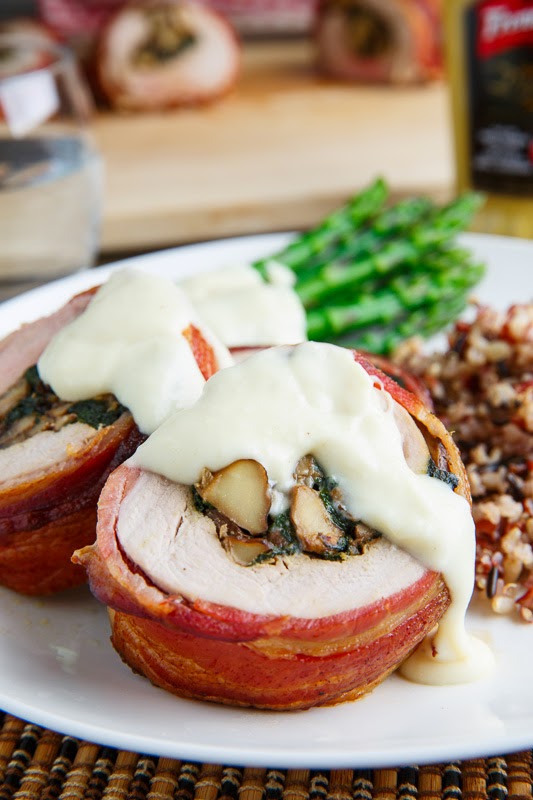 Juicy pork tenderloin wrapped in crispy bacon and stuffed with a tasty mixture of mushrooms and spinach all smothered in a creamy goat cheese and French’s Dijon mustard sauce.

Easter is right around the corner and that means that it’s time to start planning your Easter dinner! Quite often it’s a ham dinner but are you a little tired of ham? How about trying something new like this bacon wrapped, mushroom and spinach stuffed pork tenderloin in a creamy dijon goat cheese sauce? Sometimes pork tenderloin can be a bit dry but when you wrap it in bacon it keeps it nice and moist and juicy so it’s perfect every time! Not only do we have pork tenderloin wrapped in bacon but it’s also stuffed with a tasty mixture of sauted mushrooms and spinach seasoned with garlic and thyme which complements the pork and bacon nicely. Now you might be thinking that stuffing a pork tenderloin is difficult but it’s actually quite easy, you just cut the tenderloin down the side, open it up and pound it with a mallet until it’s thin (pounding it is a great stress reliever and a little fun), place the filling on it and roll it up. Next up is wrapping it in bacon and baking it until the pork is cooked and the bacon is oh so nice and crispy! This pork tenderloin is amazing just like that but it’s just begging for a creamy and tangy sauce like a dijon goat cheese sauce and French’s Dijon mustard is my goto choice! This bacon wrapped, mushroom and spinach stuffed pork tenderloin in a creamy dijon goat cheese sauce will make the perfect centre piece for your Easter dinner! 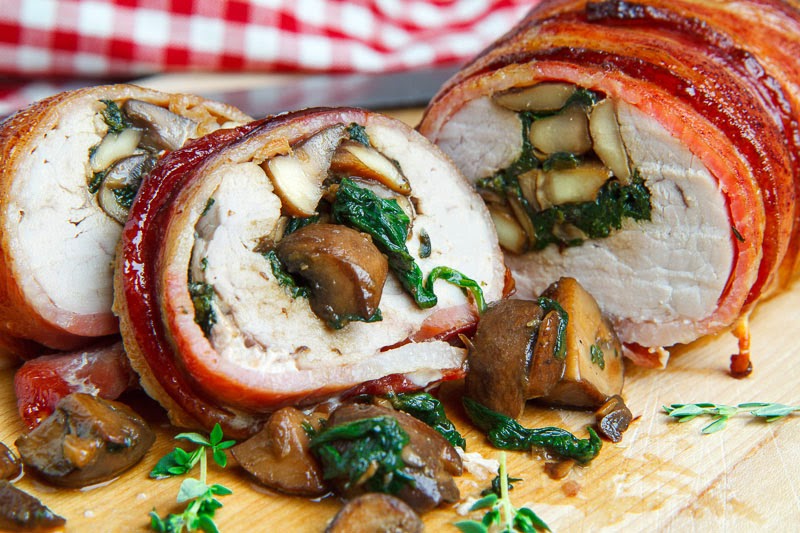 The mushroom and spinach combo is such a fabulous one, especially wrapped in succulent pork and bacon! 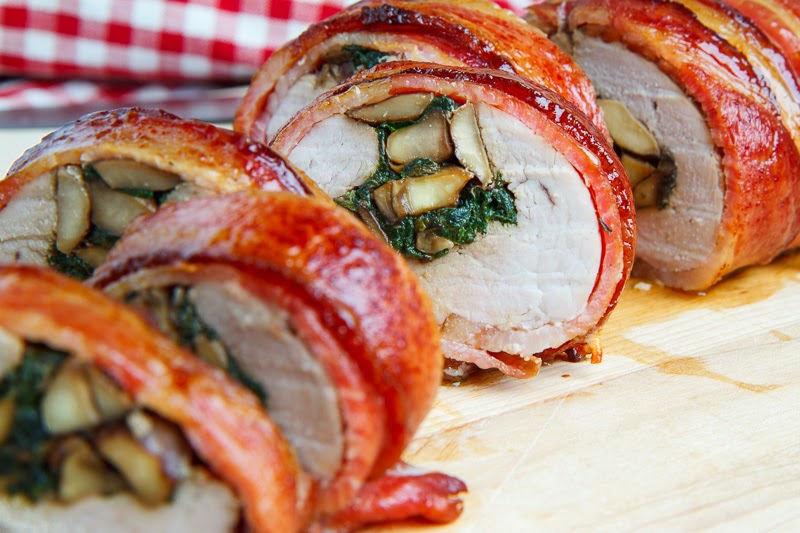 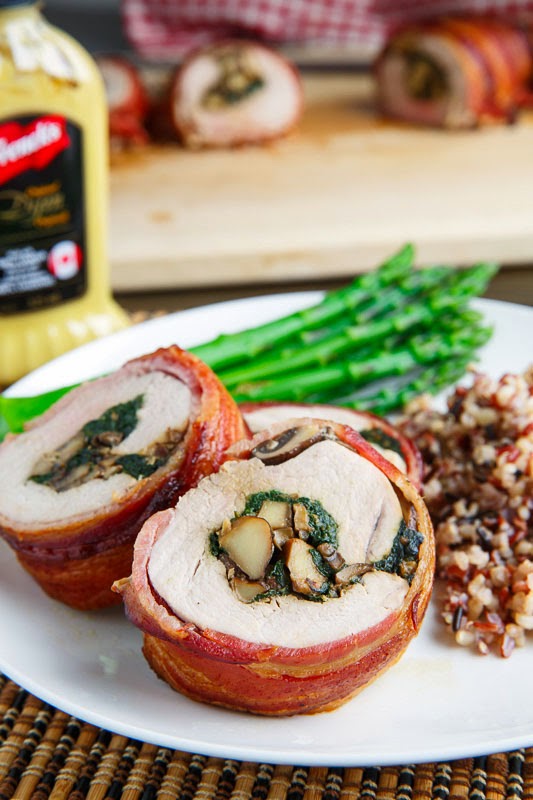 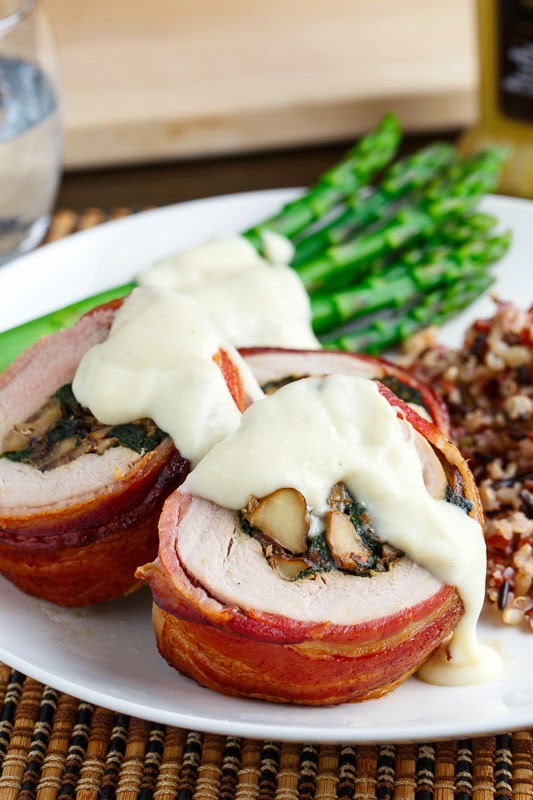 Juicy pork tenderloin wrapped in crispy bacon and stuffed with a tasty mixture of mushrooms and spinach all smothered in a creamy goat cheese and French’s Dijon mustard sauce.