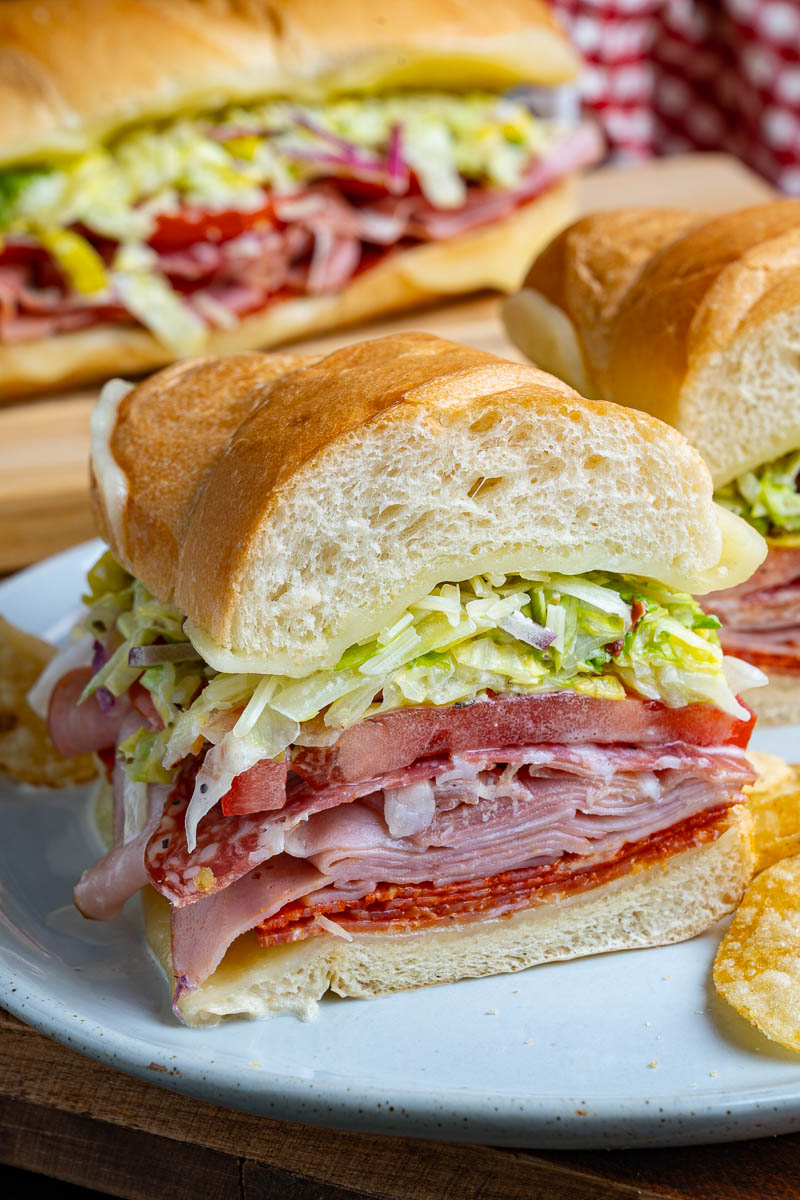 Grinder sandwiches with deli cheese, deli meats, tomatoes and a simple salad in a tasty dressing!

I have been seeing grinder sandwiches all over the internet for a while and they look so good that I just had to make them! To be honest, I’m not really sure what differentiates a grinder from a hoagie or a sub/submarine sandwich and they are all really good. The submarine sandwiches around here usually have deli meat, cheese, lettuce, tomatoes and a sauce. The hoagies that I have had around the Philly area usually have deli meat, cheese, lettuce, and tomatoes but the lettuce is often shredded and mixed with oil, vinegar, and dried herbs. The grinder sandwiches that I have been seeing have had deli meat, cheese, tomatoes and a simple lettuce salad in a mayonnaise based dressing. I particularly like the idea of using a salad instead of simple lettuce as you can add more flavours to the sandwich. For these grinder sandwiches I went with a large selection of tasty Italian style deli meats, provolone cheese, tomatoes and a salad with lettuce, onions, pepperoncini peppers and a mayonnaise based dressing. I like to place the cheese next to top and bottom of the bun to help prevent the juices from the tomatoes and the dressing from making the bun soggy and I like to melt it under the broiler! No matter what you call them, these grinder sandwiches are super easy to make at home and better than takeout! 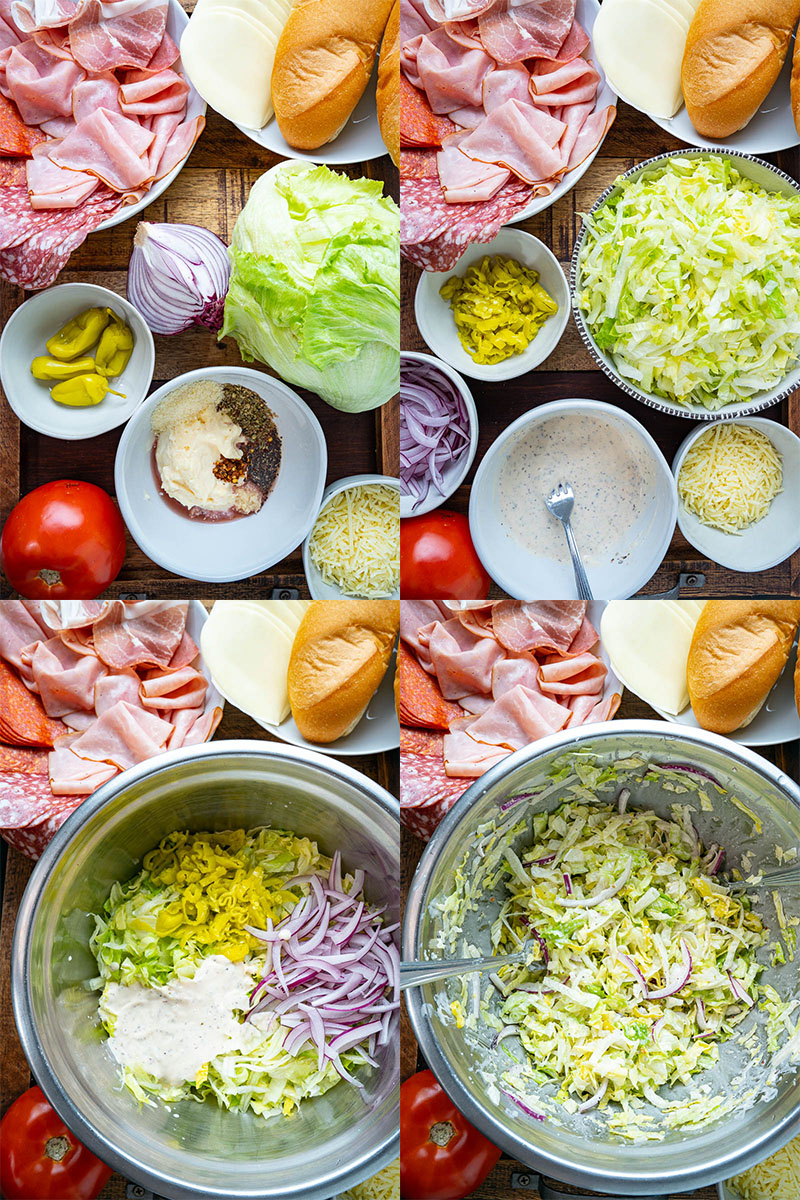 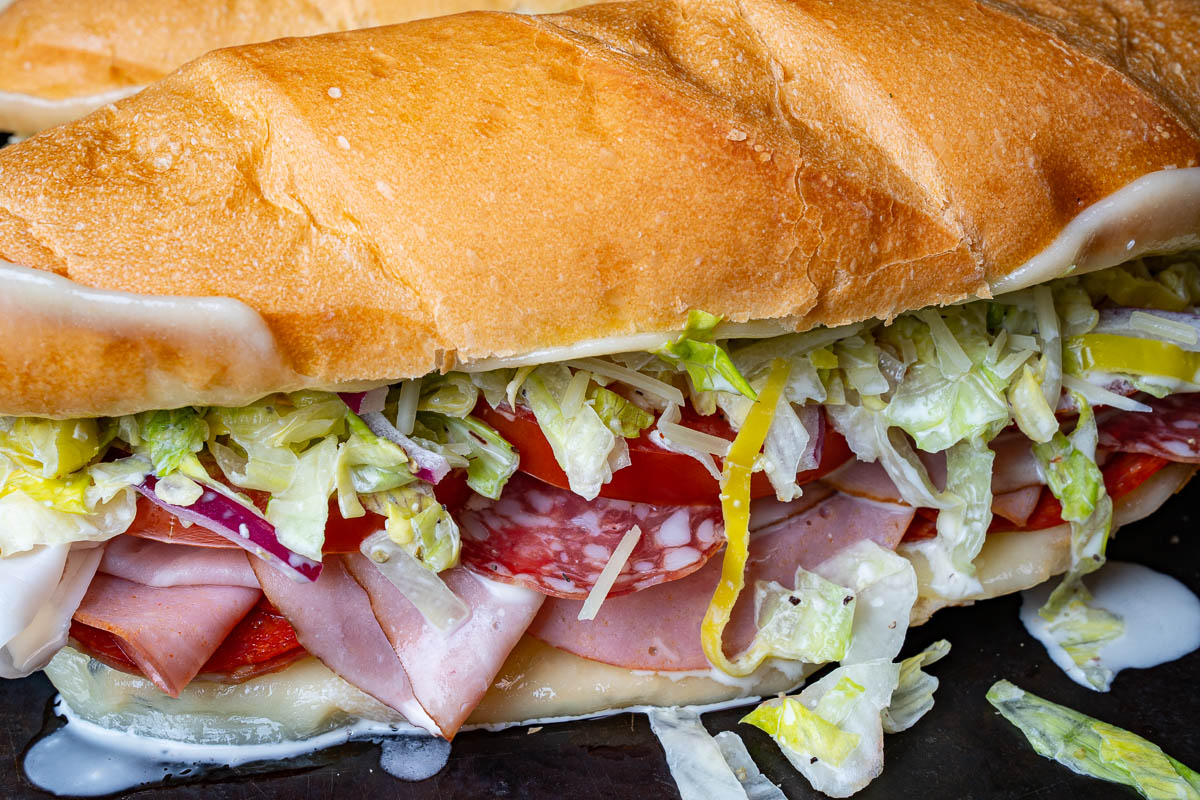 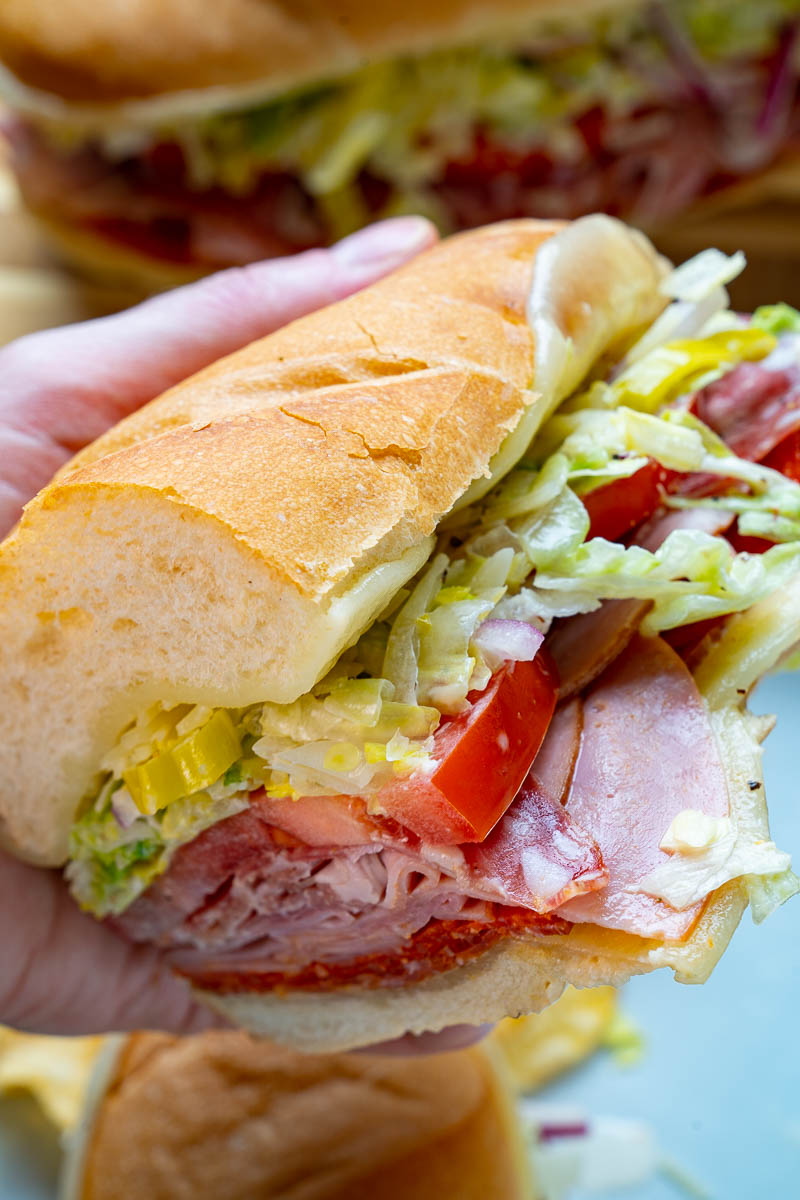