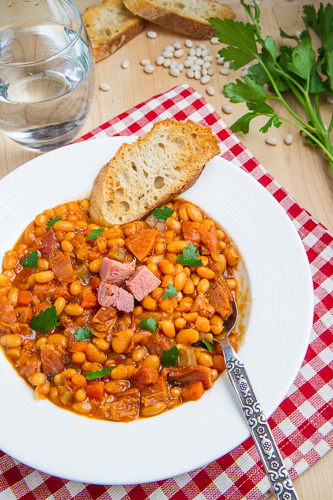 A ham and bean soup with all of the flavours of maple bourbon baked beans!

Although a ham dinner is pretty amazing I sometimes think that I like the leftovers even more, especially that ham bone! One of my favourite ways of enjoying the ham bone and some of the ham leftovers is in a ham and bean soup which is so easy to make and so unbelievably good; pure comfort food! This time I thought that I would change things up and instead of making a classic ham and bean soup I would make a baked bean themed ham and bean soup. I started out with my standard ham and bean soup recipe including the classic onion, carrot and celery combo followed by ham broth and the beans but then I took a u-turn and started with the baked bean flavours including a sweetener, molasses, ketchup, mustard, worcestershire sauce and a splash cider vinegar. Instead of using simple brown sugar for the sweetener I went with maple syrup to add another layer of flavour and I kicked things up a bit with a hit of bourbon and spicy chipotle chilies before finishing the soup off with the ham. This ham and baked bean soup is a great way to enjoy the ham bone and leftover ham in a way that makes the ham dinner look a little boring, though definitely worth it! 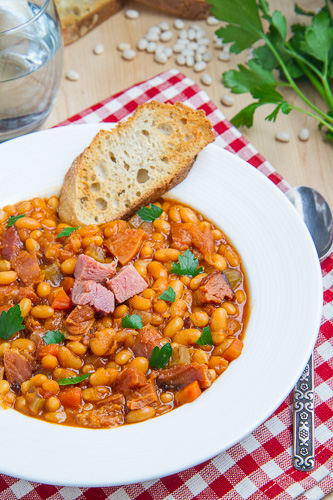 Serve with crusty bread to mop up every last drop! 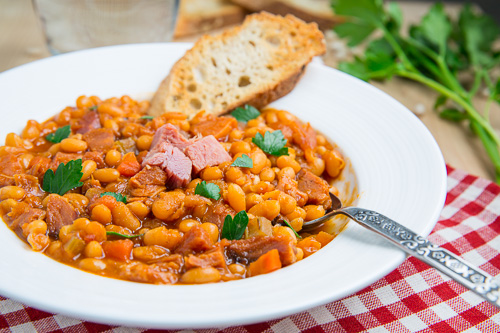 A bowl of this ham and baked bean soup would be amazing for breakfast! 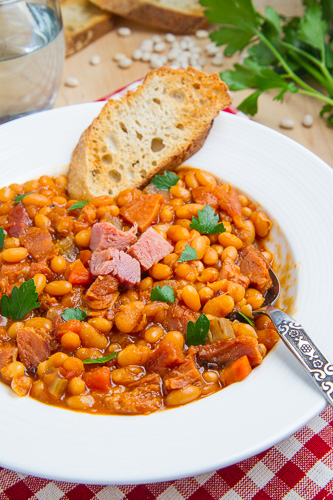 A ham and bean soup with all of the flavours of maple bourbon baked beans!