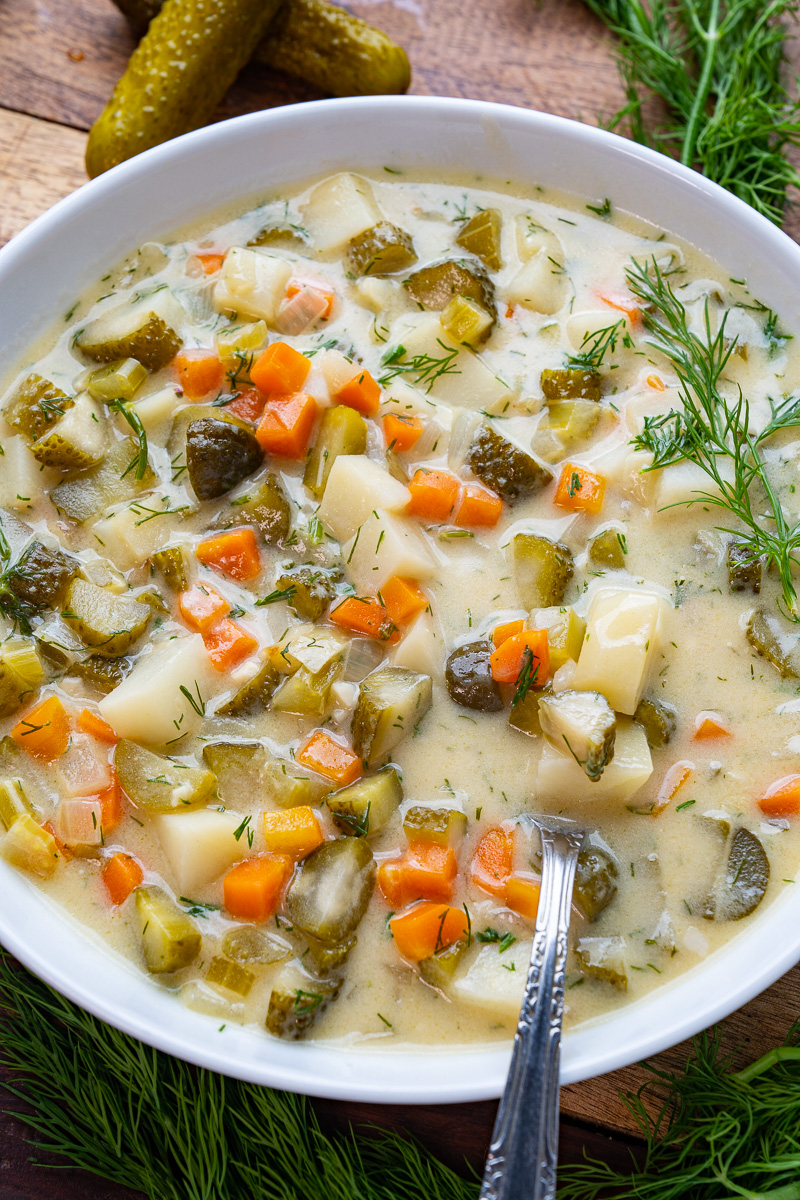 Dill pickles are one of my favourite foods and although I normally use them as a topping, filling, or a side, they are also fabulous as the star of the show, like in this dill pickle soup! This is a pretty simple veggie soup with onions, celery, carrots, and potatoes in addition to the diced dill pickles. The dill pickle flavour is kicked up a bit by using some of the pickle brine (from the jar) in the broth along with a hit of fresh (or dried) dill weed! I make a few different versions of this soup, some with a thin clear broth and others with a broth that is thickened a bit with flour and some with a broth that is made creamy by adding sour cream. I also like to change things up by adding a meat like bacon, ham or kielbasa! 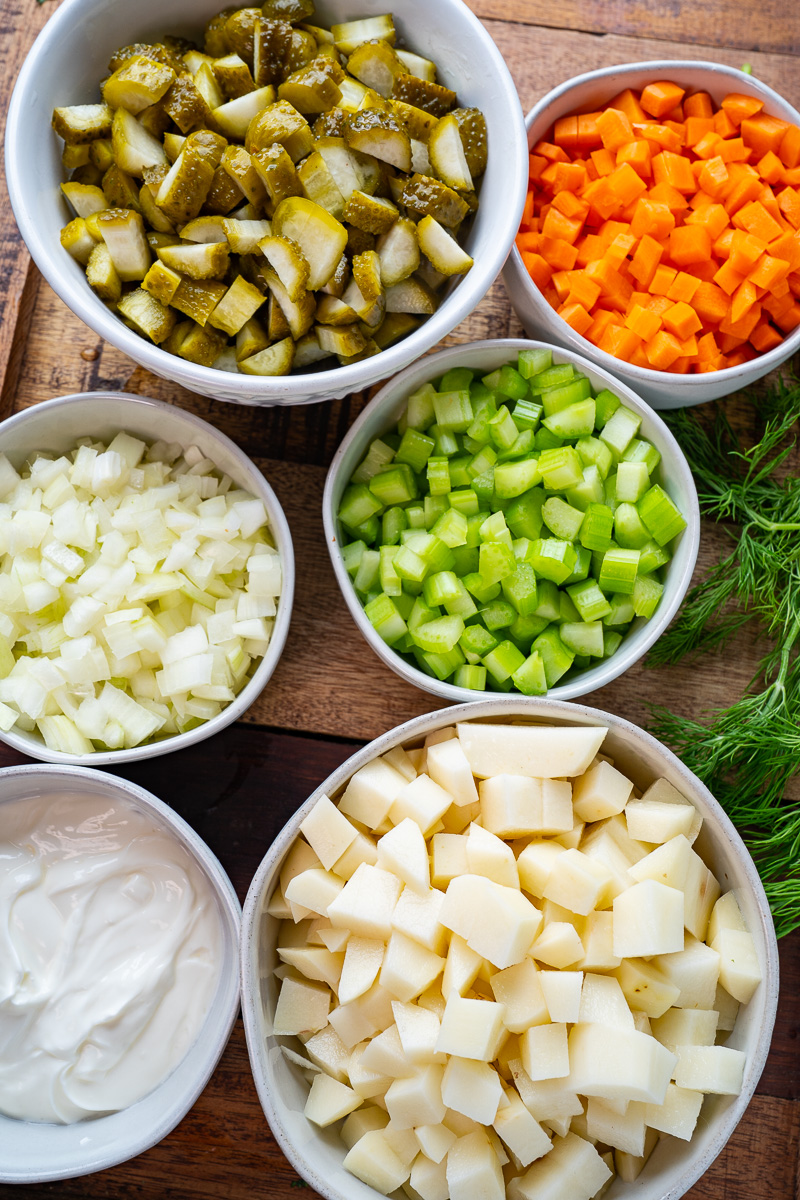 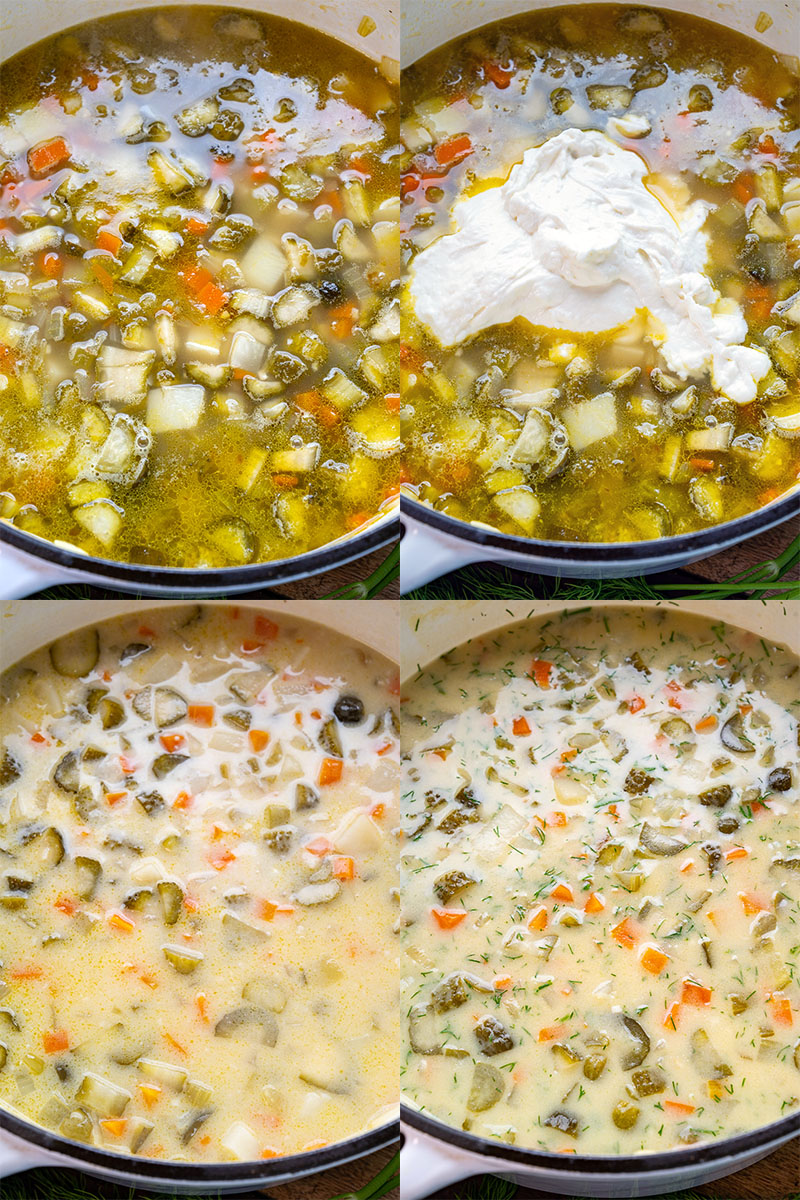 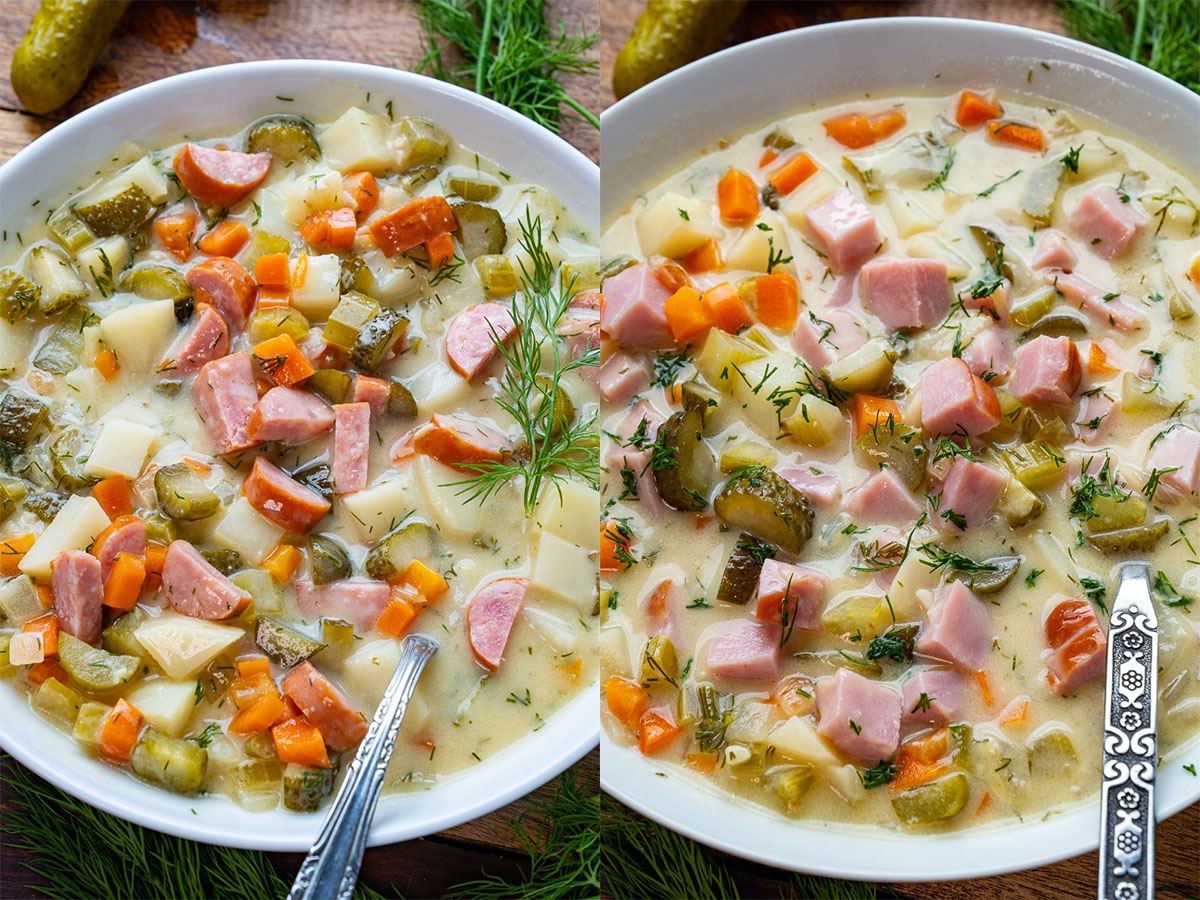 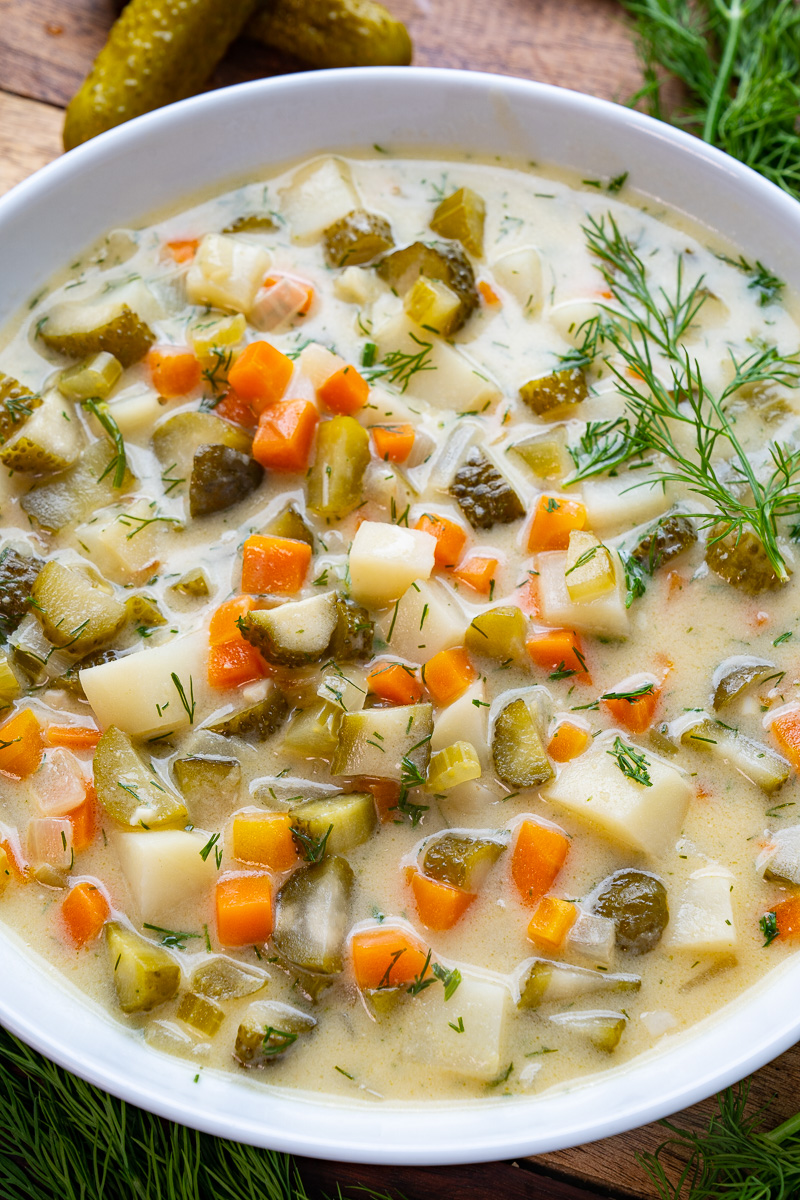 Option: Add a pinch of cayenne for some spicy heat!
Option: The sour cream adds creaminess to the soup and it can be omitted if you prefer a lighter broth!
Option: The flour works as a thickener and if you want a thinner, more brothy soup, omit it, or use less, and if you want a thicker soup, add more.
Nutrition Facts: Calories 285, Fat 13.7g (Saturated 6g, Trans 0), Cholesterol 29mg, Sodium 1801mg, Carbs 32.2g (Fiber 5.5g, Sugars 5.5g), Protein 9.5g
Nutrition by: