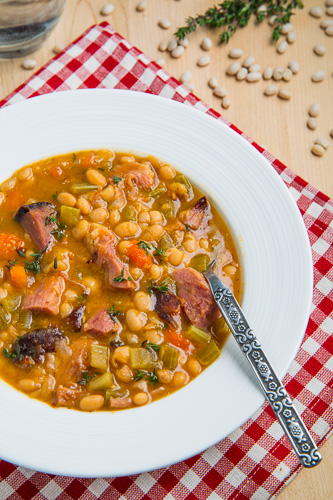 Ham and beans are perfect companions and they truly shine in this soup which is pure comfort food!

Whenever I make a ham dinner I always make sure to save the ham bone because it can be used in soups or stocks to which it adds a ton of flavour. (The ham bone keeps well in the freezer so even if I don’t plan on making a soup right away I freeze it for later.) One of my favourite soups to use a ham bone in is the ever so simple and yet wonderful ham and bean soup! Ham and bean soup lends itself beautifully for a ham bone because the longer you simmer the ham bone, the more flavour you get from it and you need to simmer the beans for an hour or two in this soup anyways. Really this soup is as simple as it gets, you have your basic vegetables, the onions, celery and carrots in addition to the ham and beans and the ham bone provides all of the flavour. You do need a bit of time to let it simmer but it is really worth it! Despite being so simple this has to be one of the best soups around and it is pure comfort food that is bound to satisfy!
If you have the cravings for ham and bean soup but do not have a ham bone on hand, don’t worry, you can get a soup that is almost as flavourful using ham hocks. 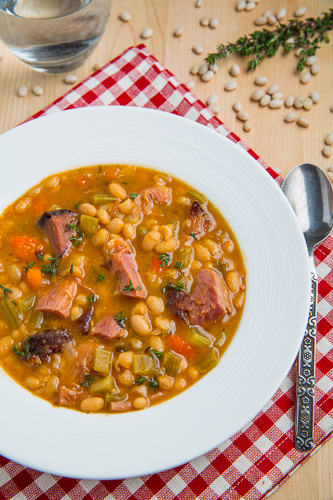 Of course bacon makes everything better and you can’t go wrong with even more pork-y goodness! 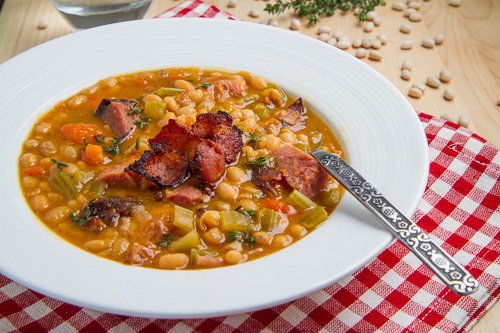 Grainy mustard and sour cream are a perfect garnish for ham and bean soup along with some bread to mop up every last drop! 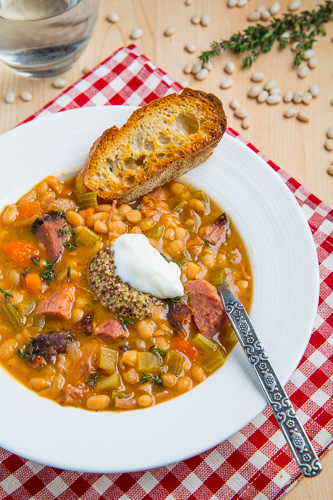 I like to have a green vegetable in my meal and the addition of green beans is a great way to get one into this soup! 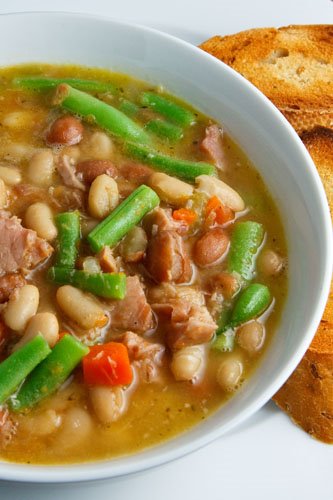 Ham and beans are perfect companions and they truly shine in this soup which is pure comfort food!