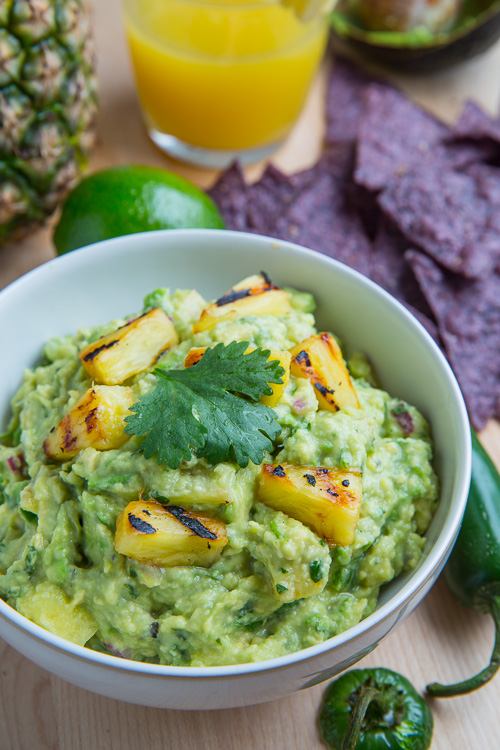 When I think about tacos I often think about guacamole and even when I do not include the guacamole in the tocos I like to serve it on the side along with tortilla chips. It was no different when I made the jerk shrimp tacos and since I already had a Caribbean theme going I thought that it would be fun to continue and do a pina colada guacamole! The basic idea was to take a simple guacamole and add all of the flavours of a pina colada including pineapple, coconut and rum. Adding the pineapple was as easy as chopping some up and adding it to the guacamole and since I had the grill going anyways, I grilled it first. The coconut came in the form of coconut cream and the guacamole was finished off with a splash of rum. All in all I would have to say that this tropical inspired pina colada guacamole is amazing! The sweet and juicy pineapple works really well in guacamole and the coconut cream make the guacamole even creamier, if that is even possible, along with adding a hint of coconut and of course you really can’t go wrong with a touch of rum! 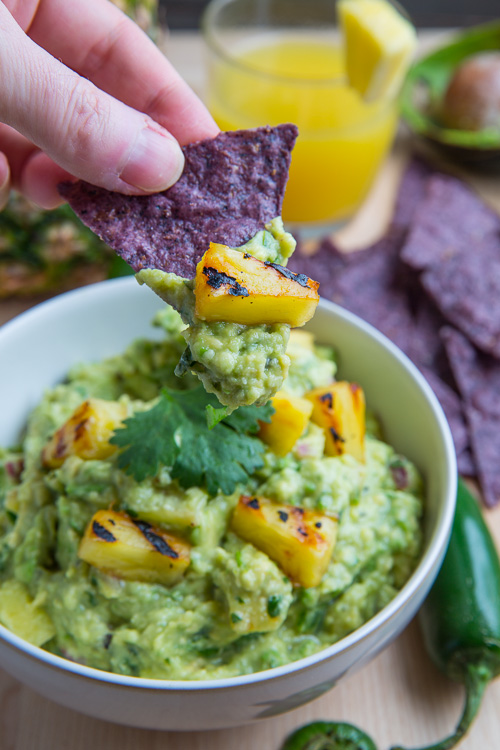 (I used a few large pieces of pineapple as garnish for the photos; all of the pineapple in the guacamole is actually cut up smaller.) 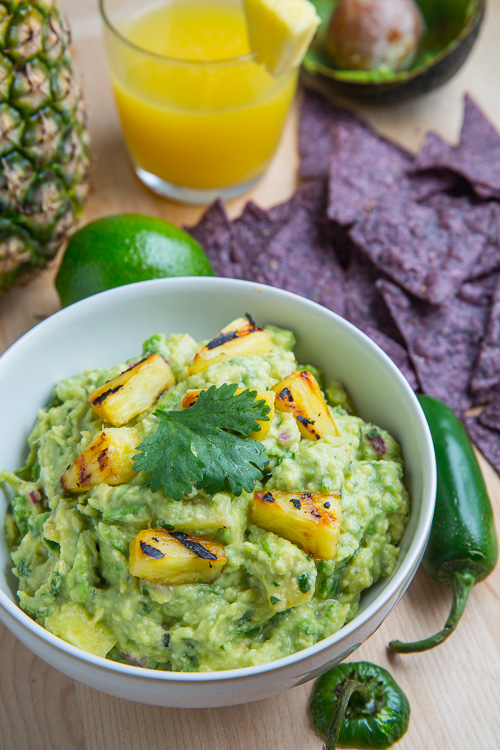