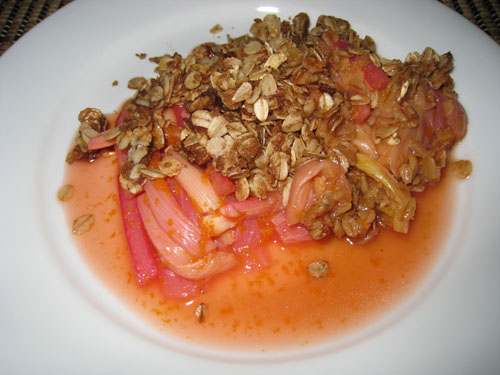 I found some forced rhubarb at the farmers market on the weekend. Forced rhubarb is rhubarb that is grown out of season, indoors and in the dark. It has a nice pink colour and the leaves are a pale yellow. I decided to use the forced rhubarb to make a simple crisp. The forced rhubarb crisp was pretty good. It was slightly tart which was a nice change from normally sweet desserts. Of course it goes well with a scoop of melting vanilla ice cream.