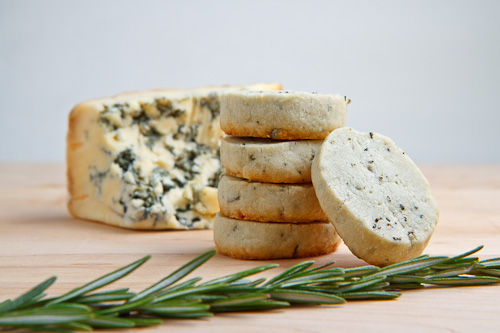 A buttery savoury shortbread with tangy stilton cheese, rosemary and a touch of pepper.

Shortbread has to be one of my favourite holiday cookies! It is so easy to make and with its crispy outside and melt in your mouth buttery good inside, they are almost impossible to resist. I recently read an article in the newspaper about a local company making shortbread, The Coach House Shortbread Company , where they mentioned that they make savoury shortbreads in addition to sweet ones! I had never even thought about the possibility of a savoury shortbread and I knew that I would have to try some as soon as I heard the idea!
After taking a quick look at some different savoury shortbread ideas, I settled on a stilton and rosemary shortbread which sounded really good. Shortbread generally has four main ingredients; flour, cornstarch, butter and salt and for this shortbread we are only adding three more, the stilton, rosemary and some fresh cracked black pepper for a bit of bite. The stilton is brought up to room temperature and then creamed into the butter so that the blue cheese flavour will be evenly distributed in the cookies. After the dough has been made it needs to chill out for a while in the fridge before being baked. After just a few minutes of baking your place will quickly fill up with the amazing aroma of blue cheese which will make it hard to wait for them to finish. 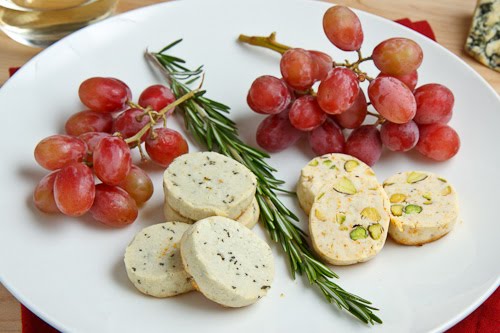 A buttery savoury shortbread with tangy stilton cheese, rosemary and a touch of pepper.