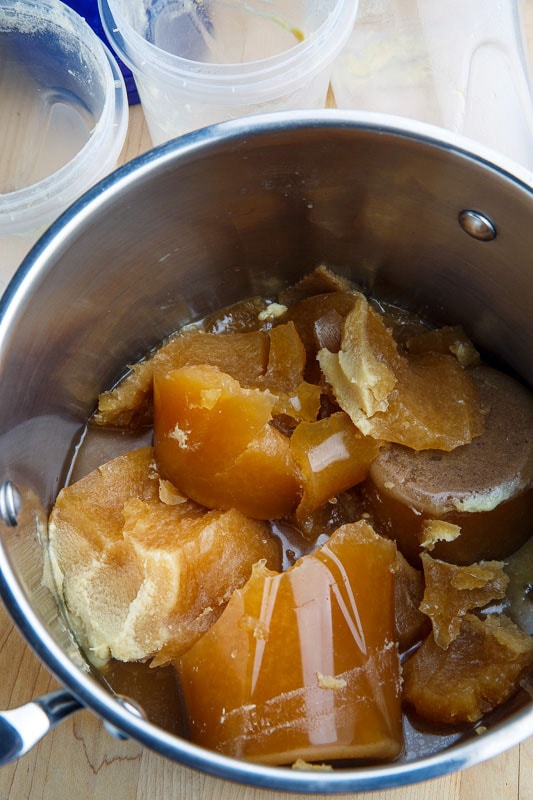 A full bodied homemade pork broth with plenty of amazing aromas and flavour!

Any good bowl of ramen starts off with a tasty broth and homemade is the best! Home made broth takes a bit of time but it’s pretty easy. You start out with bones and the combination of pork and chicken bones is good for flavour. The bones are boiled once, the initial water is discarded and the bones are then rinsed and scrubbed to remove the blood and bits which makes for a broth that is lighter, less cloudy, and has a cleaner taste. Onions, garlic and ginger are another common addition and charring them first adds an extra depth of flavour to the broth. You could leave things there and make a tasty broth but I like to add mushrooms, seaweed and bacon for even more layers of flavour and that umami kick. Everything needs to simmer for a long time, about 10-16 hours, to extract all of the flavour that you can before the solids are strained from the broth. Because the broth takes so long to simmer it can be done overnight and it’s a good idea to make it a day or two ahead of time. Once the broth has been strained you can skim the fat off the top and use it right away or you can chill it in the fridge where the fat will form a solid layer on top of the broth that you can more easily remove. A good broth will be gelatinous after chilling in the fridge and it will melt easily back into a tasty liquid when reheated on the stove. This broth is perfect for tonkotsu (pork) ramen and many other soups! 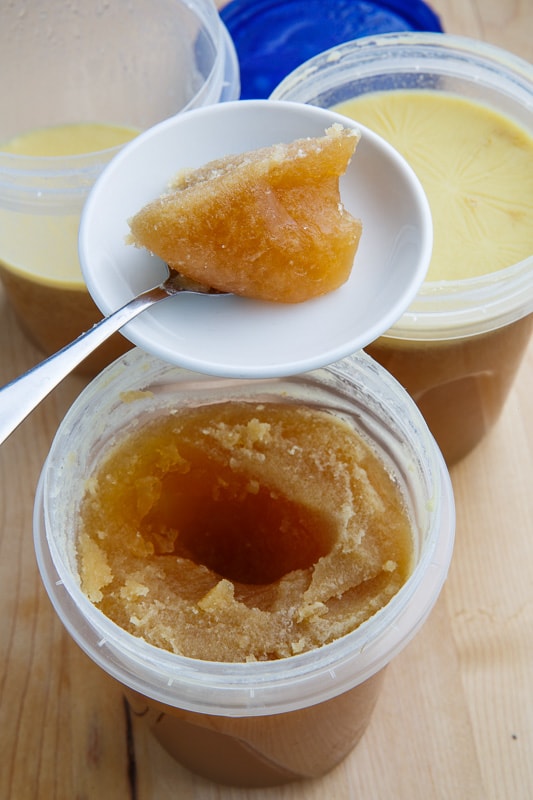 A full bodied homemade pork broth with plenty of amazing aromas and flavour!