When I go out for Chinese one of my favourite things to get is shrimp dumplings whether steamed or in a tasty wonton soup and with the cold weather I was thinking that wonton soup would be perfect. A wonton soup is usually pretty basic consisting of only the wontons in a broth, though you can add other things like vegetables and even noodles. With the soup being this simple you really want to make sure that both the wontons and the broth are nice and tasty.
Lets start with the broth, and let me just say that there are probably about as many different ways of making wonton broth as there are people making it. At it’s base it seems that the common ingredients are pork bones, ham and dried stock fish and from there you can make your own tweaks. I have seen recipes that replace the ham with a ham bone or bacon, recipes that replace the dried fish with dried shrimp or dried scallops and I have seen recipes that make additions like chicken bones, dried mushrooms, dried seaweed, etc. I like to keep things simple with the pork bones, a ham bone, chicken bones in addition to the dried seafood. Although this soups is probably best with this kind of broth a homemade or store bought chicken broth or chicken stock would also work.
Since this is a shrimp wonton soup I like to simmer the broth along with the shrimp shells for a few minutes to get even more shrimp flavour into the soup and throwing in some lemongrass and ginger really brighten things up. The broth is finished with touch of fish sauce.
There is just something about the shrimp in the dumplings at Chinese restaurants, they seem to be juicier, more succulent and crunchier than normal and it turns out that this is because they are soaked in an alkali water, water with a higher pH. Luckily it is easy to do this at home by mixing baking soda into water and letting the shrimp soak overnight before using them. Once you have the shrimp prepared the wonton filling is actually pretty easy consisting of the coarsely chopped shrimp and a few light seasonings to make sure that the shrimp shines through and is the star of the show. Assembling the wontons takes a bit of time but it is actually pretty easy once you get going and it is well worth the effort! Once the wontons are assembled you simply boil them in water until they float, assemble the soup and enjoy!
Although it takes a little bit of effort it is definitely easy to make restaurant quality, or better, shrimp wonton soup at home! 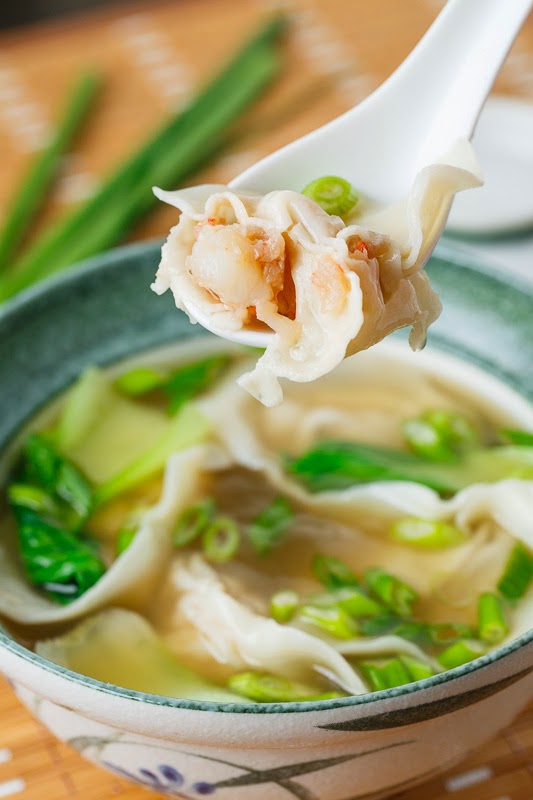 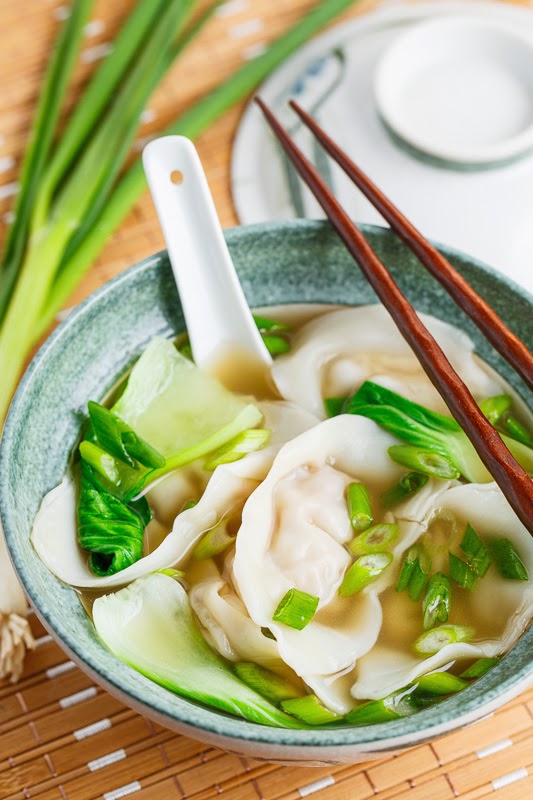 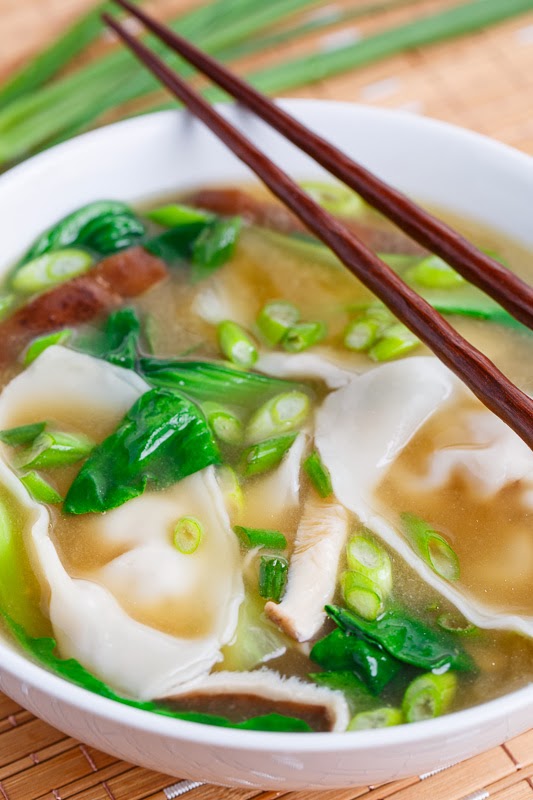 For the wonton soup:

For the wonton soup:

A simple ands tasty Asian style broth that is perfect for things like wonton soup and ramen.