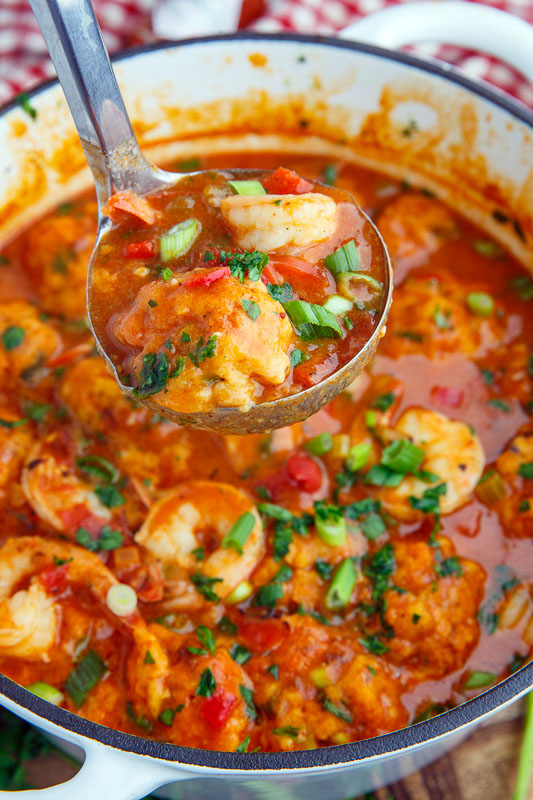 It’s been chilly the last few days and that means that I have been thinking about warming bowls of soup, like this shrimp creole soup with bacon and cheddar dumplings. A bowl of this soup warms you up in two ways with the temperature of the soup and with the spicy heat from the TABASCO® sauce, it’s pure comfort food in a bowl! The inspiration for this soup was a hearty bowl of shrimp creole, which is usually more of a thick stew that is served with rice, to which I added more broth and dumplings, but not just any dumplings, bacon and cheddar dumplings! The dumplings replace the rice as the carb in this one-pot meal and they are made by mixing a simple dough with flour, corn meal, butter, butter milk and green onions in addition to the bacon and cheddar cheese and the dough is spooned into the broth of the soup to cook in balls. This shrimp croele soup is just packed with flavour but the bacon and cheddar cornmeal dumplings take it over the edge in goodness!