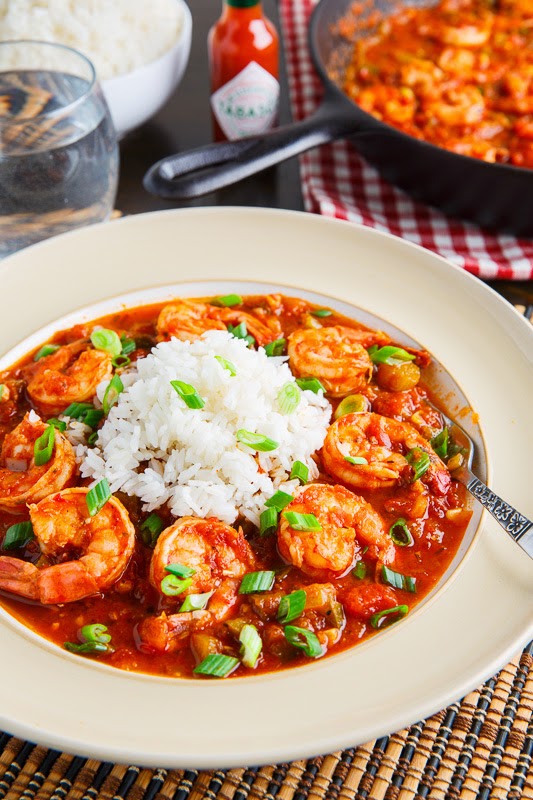 A tasty Creole style dish with shrimp in a thick and tomato based sauce with onions, celery and bell pepper along with some spicy hot sauce that is typically served over rice.

Mardi Gras is tomorrow and I have one more New Orleans dish to share with you before it starts, this tasty shrimp Creole! Shrimp creole is a dish where the meat, often shrimp, is served in a tomato based sauce with onions, celery and bell peppers along with some spicy hot sauce and it is simmered until it gets nice and thick. This dish is so easy to make, you just need to cook the veggies until tender, throw everything but the shrimp into the pot, simmer until nice and thick, add the shrimp, cook and you’re done! Although this recipe takes a bit of time to make, it’s worth it because all of that simmering really brings out all of the flavours! So if you are still looking for an idea of what to make for dinner tomorrow for Mardi Gras (and lets be honest, this is good any day of the year), you cannot go wrong with this shrimp Creole! I’t like bringing NOLA to your home! 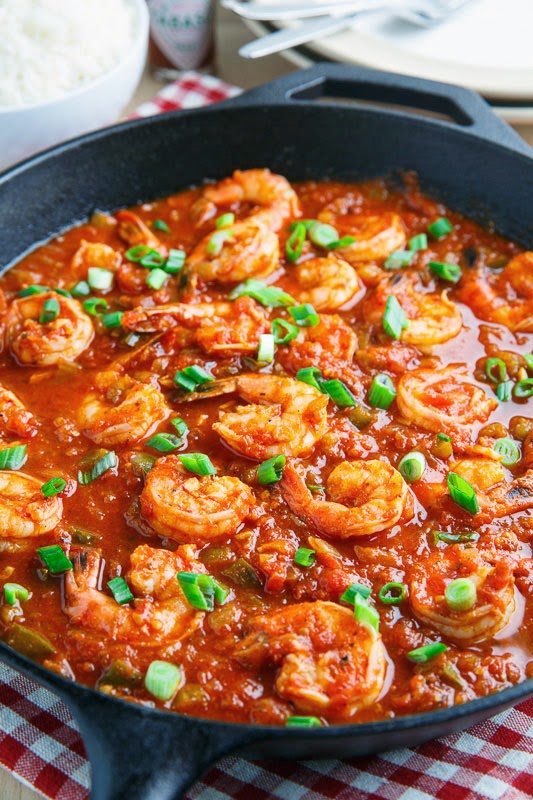 Although shrimp Creole is typically served with rice I could not resist trying it out tossed with some linguine and it was good! 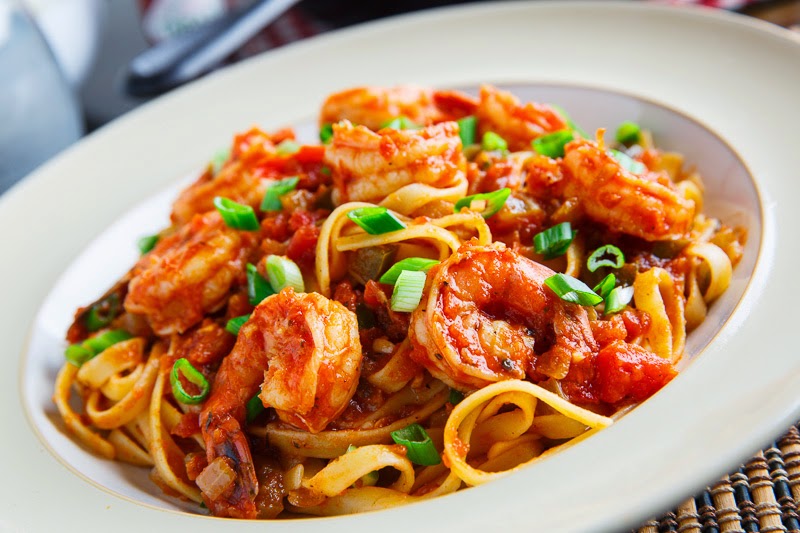 Alright, alright, I admit, I just wanted to be able to twirl the linguine up on a fork and slurp some noodles! 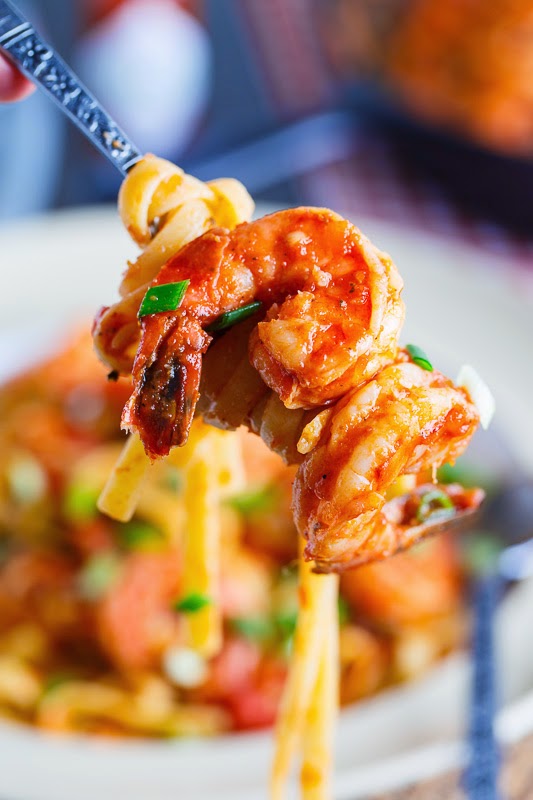 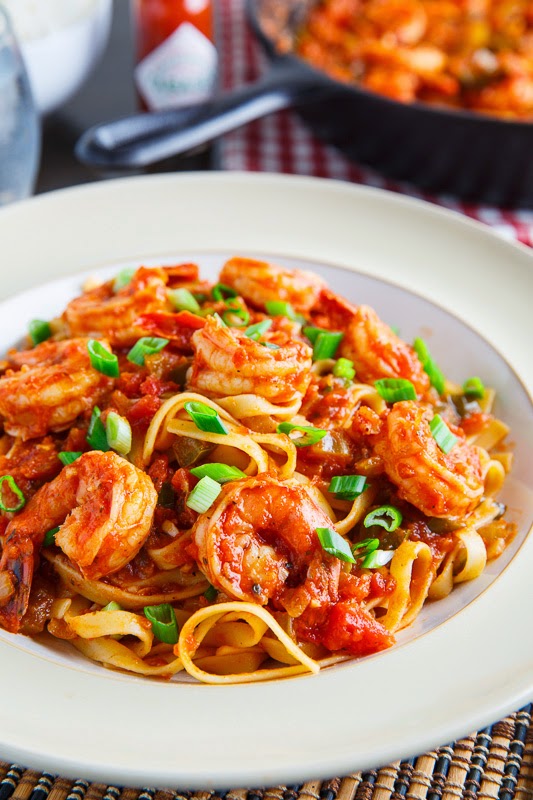 A tasty Creole style dish with shrimp in a thick and tomato based sauce with onions, celery and bell pepper along with some spicy hot sauce that is typically served over rice.

Option: For One-Pan: Make this a one-pan meal by adding 1 cup of rice and 2 cups broth or water (or 8 ounces of pasta and 2 1/4 cups broth or water) to the sauce after step 4 and simmer, covered, until cooked, about 20 minutes (or 12 minutes for pasta).
Option: If you do not have shrimp stock on hand you can simmer the shells from the shrimp in chicken broth for 20 minutes and strain the solids out.
Note: *All hot sauces have a different level of heat and everyone has a different tolerance/preference for heat so add the your favourite hot sauce to taste.
Option: If you do not have have the time to simmer until the sauce thickens you can always add 2 tablespoons of cornstarch mixed into 2 tablespoons of cool water, though the simmering does bring out more flavour.
Note: The sauce only tastes better the next day and although shrimp isn’t the best reheated, if you are making say a chicken and/or andouille sausage version, double up the recipe for lots of tasty leftovers!
Nutrition Facts: Calories 277, Fat 9g (Saturated 0.8g, Trans 0), Cholesterol 216mg, Sodium 416mg, Carbs 19g (Fiber 6g, Sugars 10g), Protein 32g
Nutrition by: