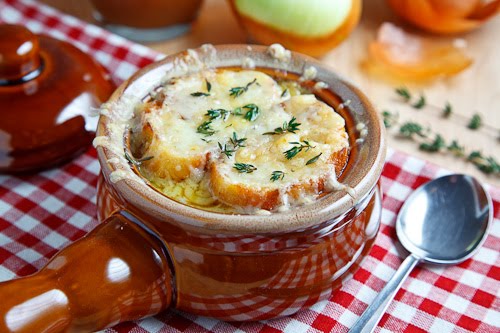 A fall take on French onion soup with apples and apple cider.

A fall take on French onion soup with apples and apple cider.