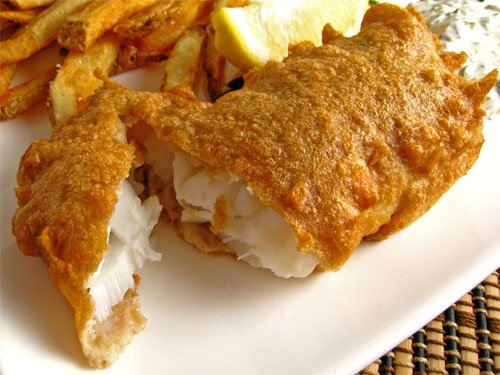 Since I started food blogging I have not been eating out nearly as often. When I was eating out it was commonly at pubs and every once in a while I get a craving for pub food. One of my favorite things to order at a pub is fish and chips. Up until now I have not tried to make fish and chips at home as I was worried about deep frying. It had been too long since I last had fish and chips and I was craving it. It was time to try making fish and chips at home! I had seen the fish described as being beer battered on several menus and I wanted to try making beer battered fish. I went with cod for the fish but you could use pretty much any white fish such as haddock or halibut, etc. For the beer I went with Guinness and it gave the batter a nice dark colour. I was surprised by how easy the Guinness battered cod was to make! The batter was nice and light and crispy and the fish was moist and tender and so good! To complete the pub fish and chips experience, I served the fish with chips , cole slaw , tartar sauce , lemon slices, malt vinegar and of course a pint of Guinness. 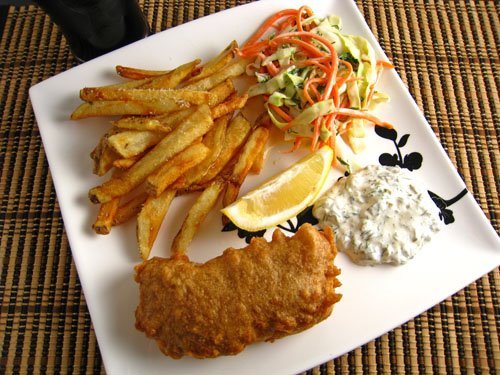