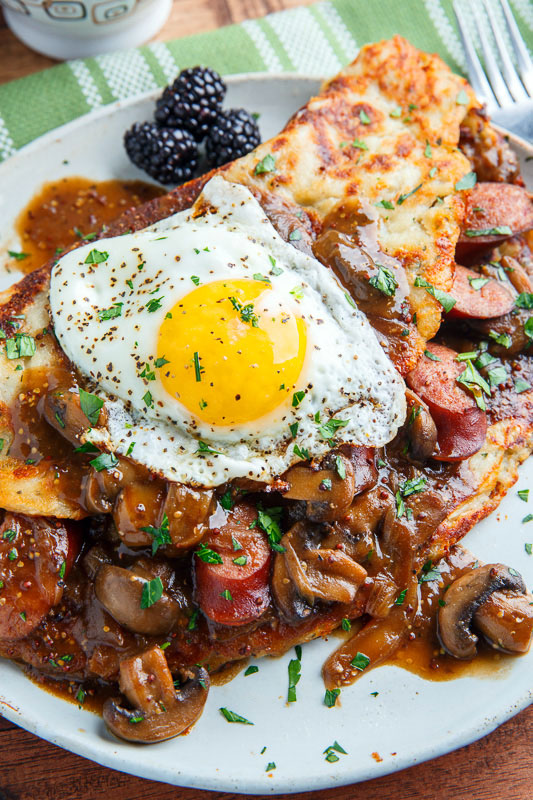 While planning your St Patrick’s Day menu don’t forget about breakfast! Start St Patrick’s Day off right with some boxty, an Irish style potato pancakes! Boxty is great all by itself, I mean what’s not to love about potato pancakes that are fried until golden brown and crispy on the outside and soft and warm on the inside, but why not suff them full of some thing tasty like sausage and a guinness mushroom and onion gravy? The pancakes themselves are super easy to make, consisting of shredded potato, mashed potatoes, flour and milk (I like to add cheese!) that is mixed and then cooked just like any other pancake! The gravy is also pretty easy to make where you simply saute some onions and mushrooms, add Guinness, dijon mustard and Worcestershire sauce to make the gravy and you’re good to go! This would be a great dinner or breakfast and since I’m thinking breakfast I would be remiss if I did not top it with a fried egg with a runny yolk! I don’t know about you but I can’t think of a better way to start St Patrick’s Day than with these boxty stuffed with bangers in a guinness mushroom and onion gravy! 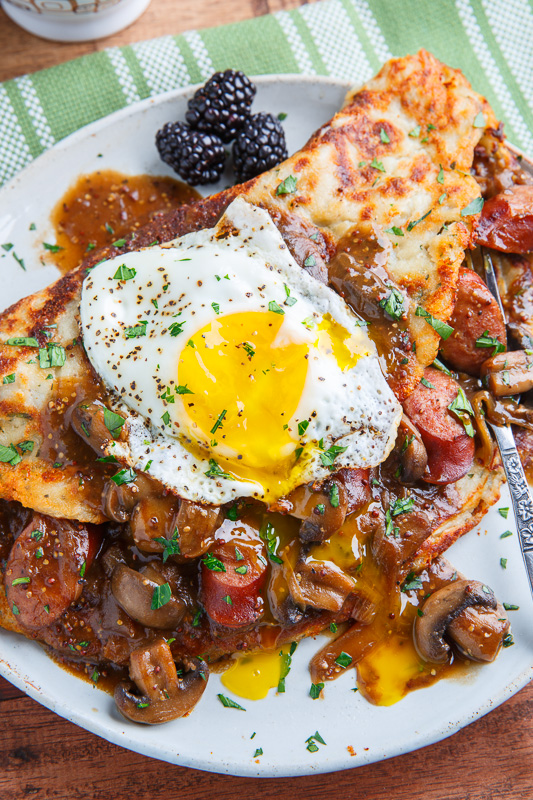 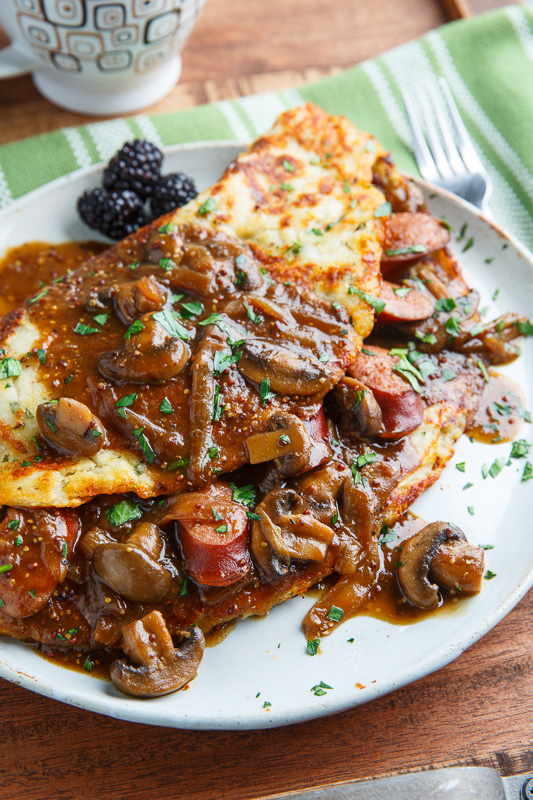 That boxty stuffed with bangers in a guinness mushroom and onion gravy looks really lonely without a fried egg! 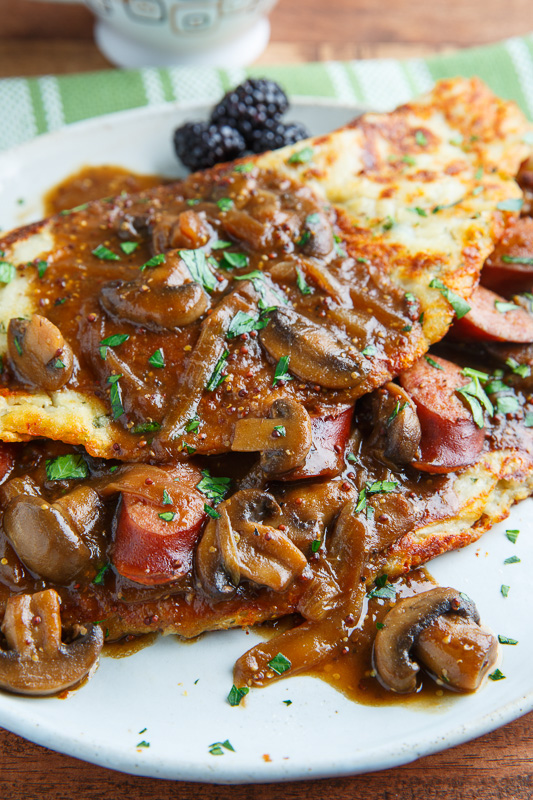 What a beautiful runny egg yolk! 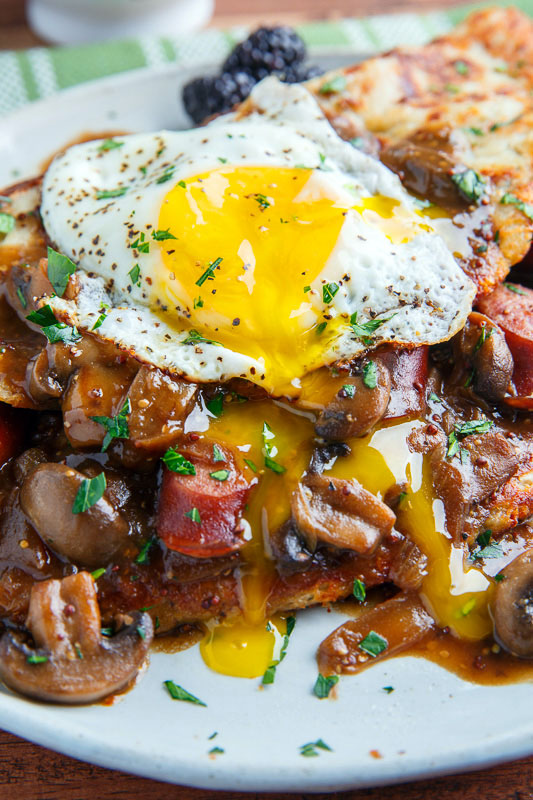 For the bangers in a guinness mushroom and onion gravy:

For the bangers in a guinness mushroom and onion gravy: