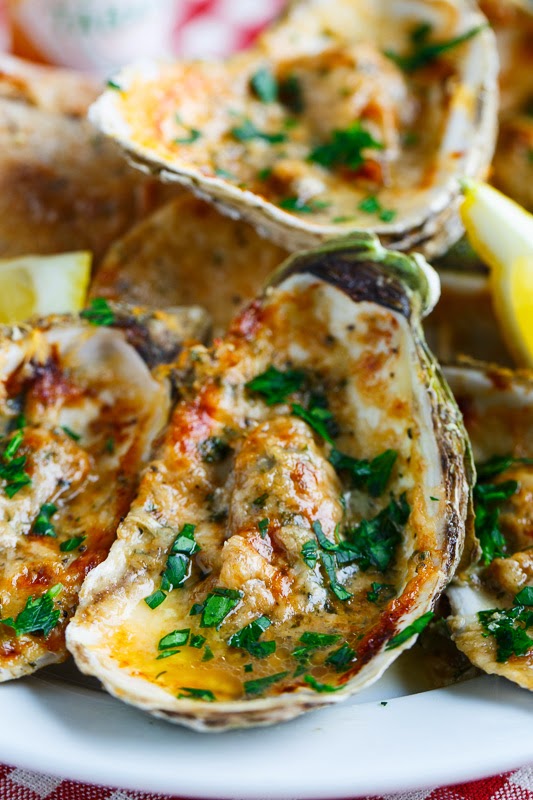 Valentine’s Day is this weekend and I have been testing out some new recipes for that special day and since oysters are a common food for Valentine’s Day I started with some chargrilled oysters. I first had chargrilled oysters when I visited New Orleans a few years ago and they were one of the dishes that I ate while there that really stuck out in my mind so it seemed only natural to try to make them at home. Chargrilled oysters are basically oysters on the half shell that are filled with a lemony, garlicky, butter sauce, topped with cheese and chargrilled until the cheese has melted and turned golden brown. You really cannot go wrong with a sauce like that and they are usually served with bread so that you can soak up all of that buttery sauces goodness! If you don’t have a grill, or you just don’t feel like firing it up or if it’s buried under 2 feet of snow you can charbroil them instead; they won’t be quite the same but they will still be amazing and you can always add a touch of liquid smoke to the butter sauce to get that smoky/charred flavour. Although a bit decadent these chargrilled oysters are perfect for a special occasion like Valentine’s Day and they make an amazing appetizer before the main event!
Mardi Gras is next week and these chargrilled oysters are a great way to bring a little bit of New Orleans into your home to celebrate! 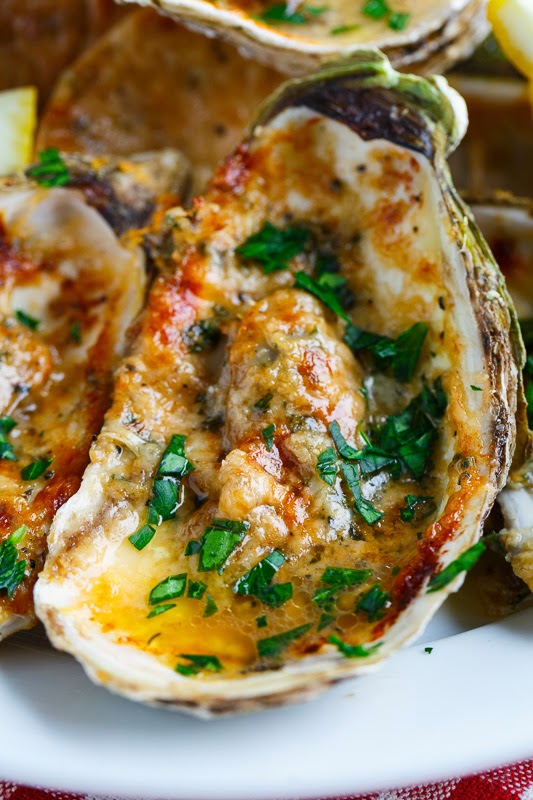 Look at all of that buttery goodness! 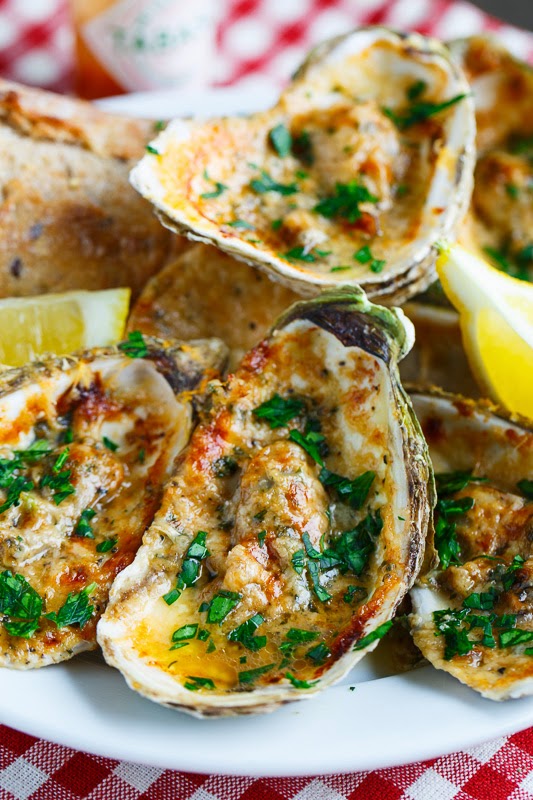 Note: If it’s too cold to head outside and use the grill, broil them in your oven. Place the oysters on a baking sheet, spoon in a tablespoon of the butter mixture into each oyster, top with the cheese and bake in a preheated 400F oven until the juices start to bubble, about 5 minutes, turn the oven up to broil and broil until the cheese is golden brown, about 2-3 minutes. If you want the smoky char grilled flavour, feel free to add a few drops of liquid smoke to the butter mixture.
Nutrition Facts: Calories 595, Fat 56.5g (Saturated 35.6g, Trans 0g), Cholesterol 186mg, Sodium 822mg, Carbs 5.6g (Fiber 0, Sugars 1.4g), Protein 19.3g
Nutrition by: