A buttery, garlicky and lemony oyster pasta with flavours based on the New Orleans chargrilled oysters. 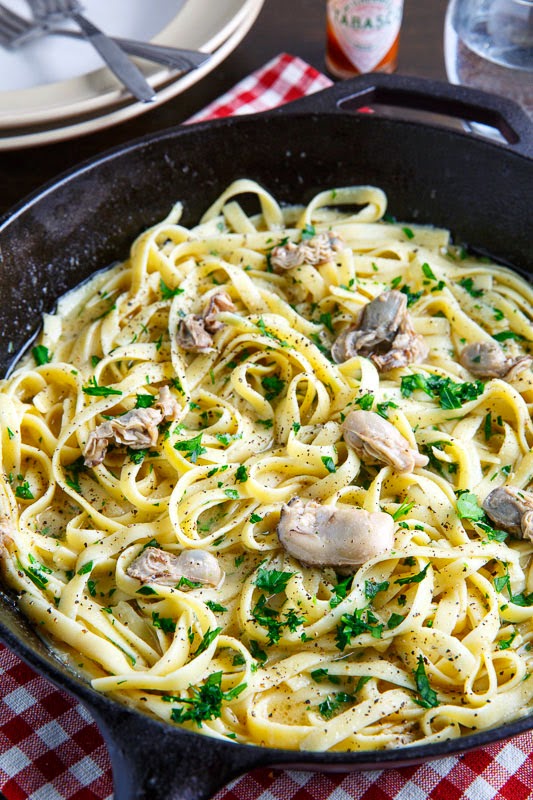 Serve with a side of chargrilled oysters! 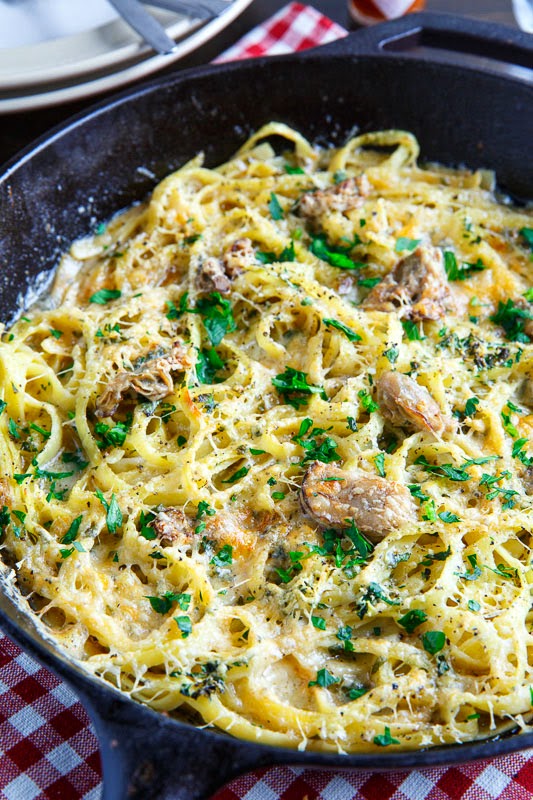 Top the pasta with more cheese and broil until melted and golden brown, just like in chargrilled oysters! 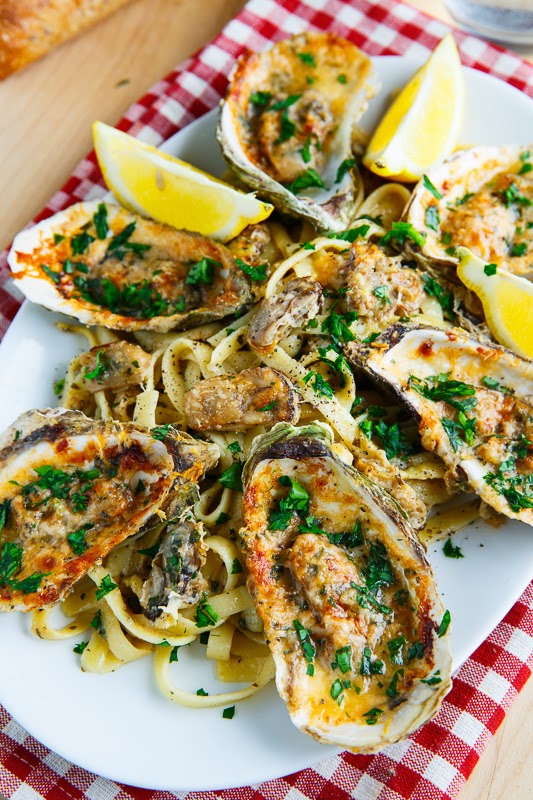 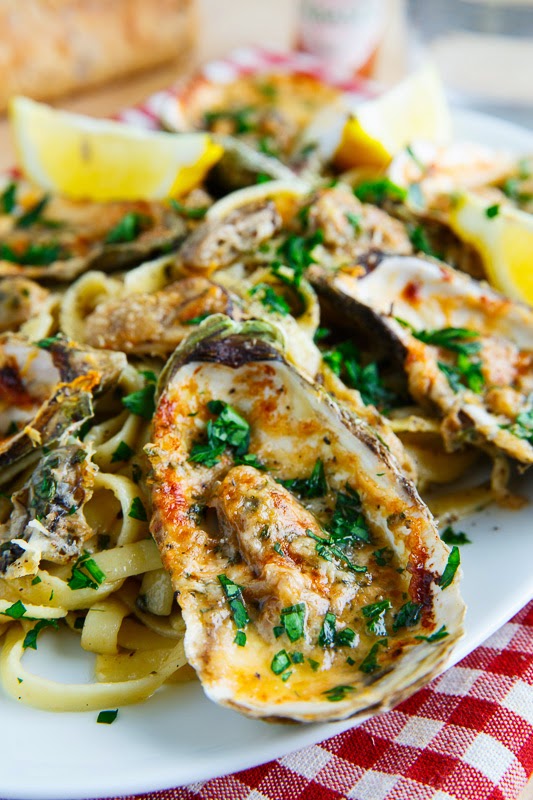 A buttery, garlicky and lemony oyster pasta with flavours based on the New Orleans chargrilled oysters.

Tip: Save the oyster juices and place them in the pasta along with the seafood stock.
Option: Add a few drops of liquid smoke for the smoky chargrilled flavour.
Option: Skip step 3 if you want.
Option: Serve with a side of chargrilled oysters!
Nutrition Facts: Calories 550, Fat 28g (Saturated 16.5g, Trans 0), Cholesterol 180mg, Sodium 841mg, Carbs 40g (Fiber 1g, Sugars 2.4g), Protein 35.2g
Nutrition by: