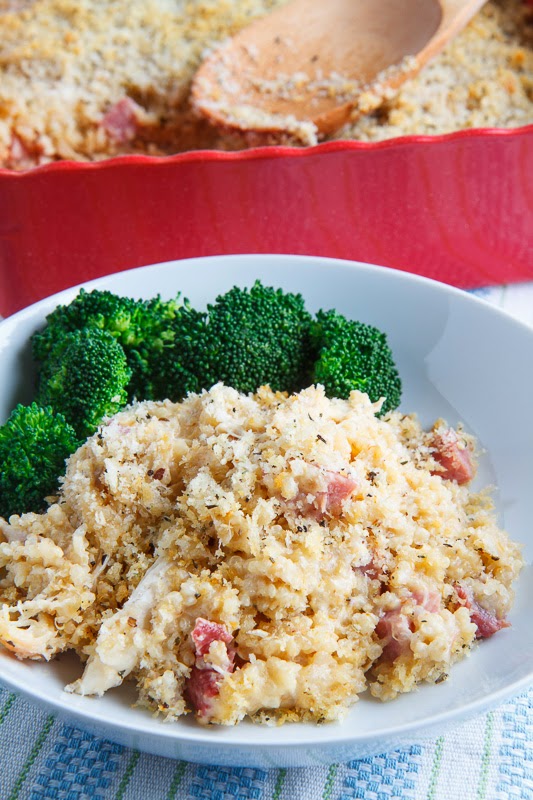 All of the flavours of chicken cordon bleu in a quinoa casserole with a crispy breadcrumb topping.

First up for my leftover Easter ham was something that I had been wanting to make for a while, a casserole inspired by the flavours of chicken cordon bleu. Chicken cordon bleu is a dish when chicken is wrapped around ham or prosciutto along with a melty cheese, covered in breadcrumbs and baked or fried until the cheese has melted and the breadcrumbs are crispy. This recipe is pretty much like you would expect with chicken, ham, a tasty cheese sauce similar to a mac and cheese sauce and a crispy breadcrumb topping. Normally you would fill out a casserole like this with pasta or maybe even rice but I also like to go with quinoa every once in a while and it works really well in casseroles like this. You could of course also add some vegetables to the casserole to make i a one dish meal but it is great either way. If you are a fan of chicken cordon bleu, mac n cheese and quinoa then this is the casserole for you! 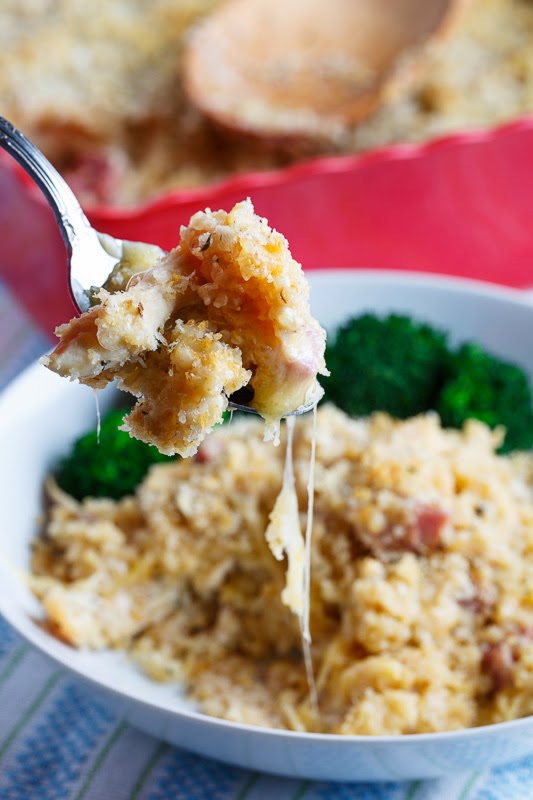 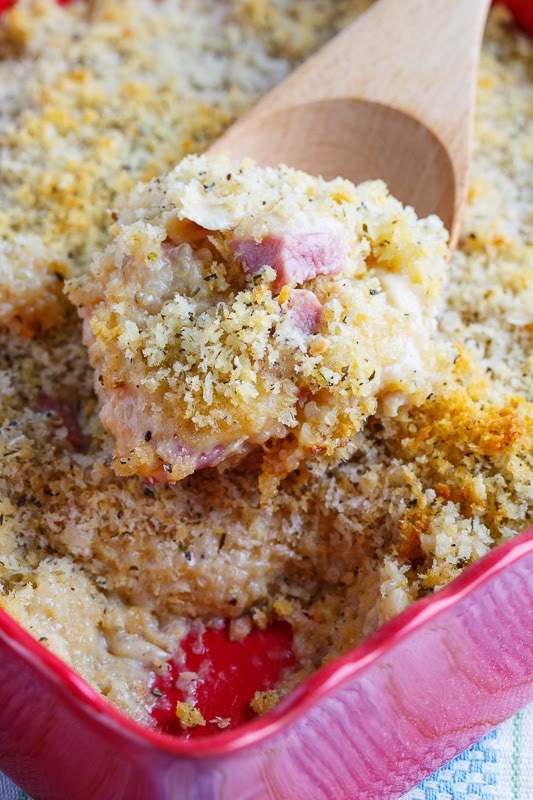 All of the flavours of chicken cordon bleu in a quinoa casserole with a crispy breadcrumb topping.