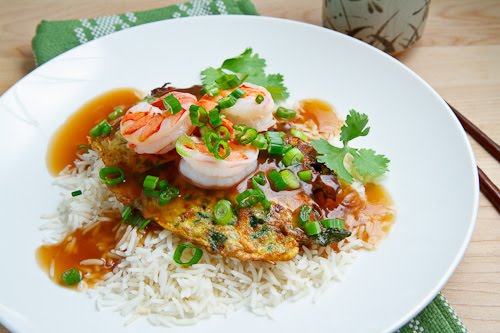 Egg foo young is a Chinese omelette that is packed full of vegetables and sometimes meat, and it is commonly served over rice and smothered in a simple and yet tasty gravy.

The Chinese New Year is right around the corner and I figured that that was the perfect excuse to pull our some Chinese recipes! On the top of my list was egg foo young which is a Chinese omelette that is stuffed with vegetables, served on rice and topped with a simple and yet tasty gravy. The base of egg foo young is normally vegetables and bean sprouts, cabbage, onions, water chestnuts etc. are commonly used but you can include pretty whatever vegetables you like. (Making egg foo young is a great way to clean out the fridge!) Meats can also be included and common ones include ham, shrimp, pork, beef and/or chicken but you can easily keep it vegetarian by sticking with just the vegetables and padding them out with mushrooms never hurts. All of the ingredients are held together by, you guessed it, eggs! Once the ‘batter’ has been made it is fried until golden brown in a pan and the cooked eggs hold everything together. 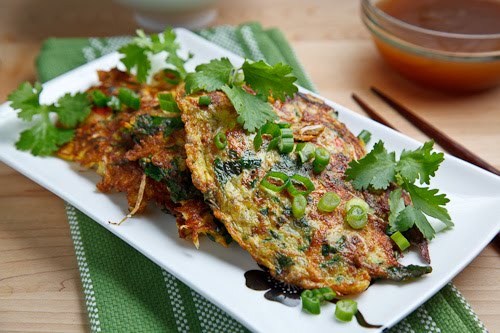 You could eat the egg young foo as it is but it is usually served over rice and it is topped with a gravy made from broth that is seasoned with soy sauce among other things and it is thickened with a bit of cornstarch. I like to garnish the egg foo young with green onions, cilantro and topping it off with some of the things that are in it makes it look all the better.
I really went to town with the egg foo young this week starting with a shrimp version: 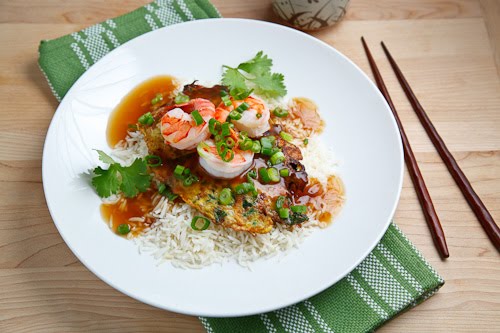 Then moving on to a mushroom egg foo young: 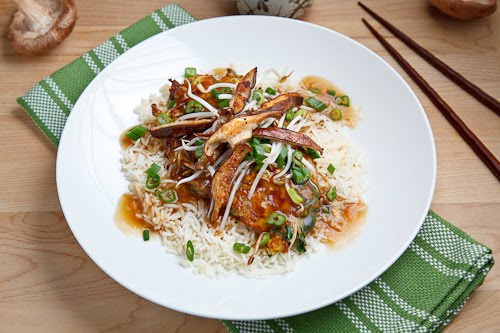 Egg foo young reminds me a lot of okonomiyaki or a Japanese pancake so I served some of my leftovers okonomiyaki style topped with okonomiyaki sauce, mayo, katsuboshi, crumbled nori and green onions for a tasty treat! 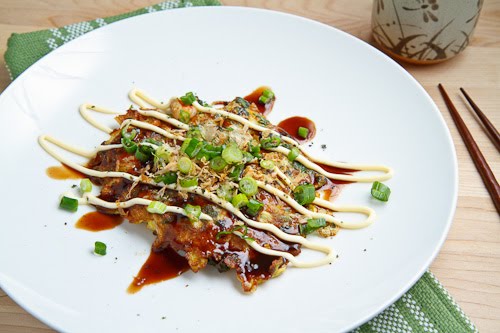 Of course the leftovers are also good in a sandwich which is called St Paul’s sandwich and in addition to the egg foo young it includes lettuce, tomato, pickles and mayo. I could not resist adding some of the leftover gravy to the sandwich to add even more flavour! 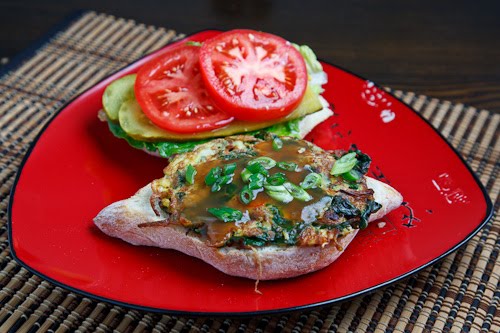 Egg foo young is a Chinese omelette that is packed full of vegetables and sometimes meat, and it is commonly served over rice and smothered in a simple and yet tasty gravy.