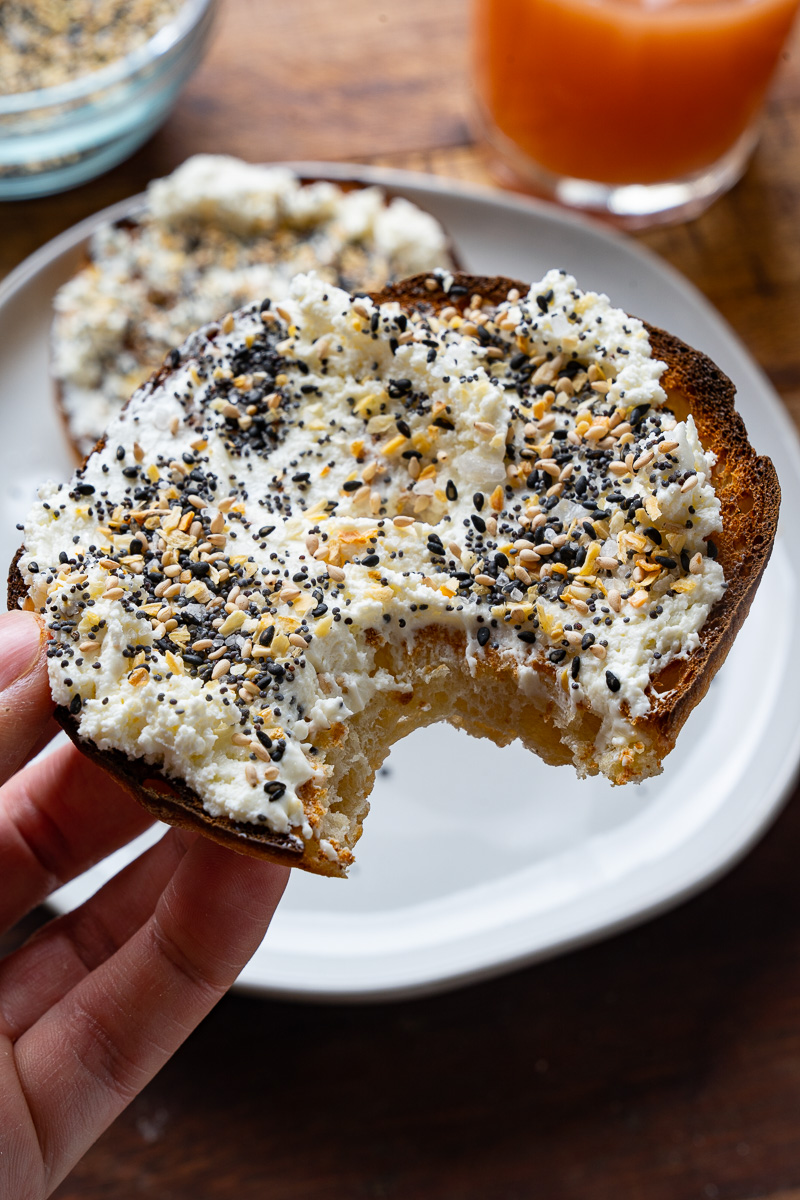 All of the best bagel flavours including poppy seeds, sesame seeds, onion and garlic in a single, everything bagel seasoning!

I have been seeing “everything” seasoned items in restaurants for a few months now and I never thought anything of it. Recently however, one place was out of what I normally get so I tried one of the everything seasoned items and it was good! I looked it up on the internet and found out that it was a thing! I don’t know where it started but Trader Joe’s sells an “Everything but the Bagel Sesame Seasoning” that was pretty similar. The idea being that the seasoning blend contains common bagel flavours like sesame seeds, poppy seeds, onions and garlic, yeah, it’s no wonder it’s good! There’s no Trader Joe’s near me so I decided to make my own and it’s pretty simple, using the ingredients already mentioned, along with some flaked salt. It’s so easy to make and really good, especially sprinkled on cream cheese on a bagel! Now that I have some everything bagel seasoning, I can’t wait to try it in some new ways! 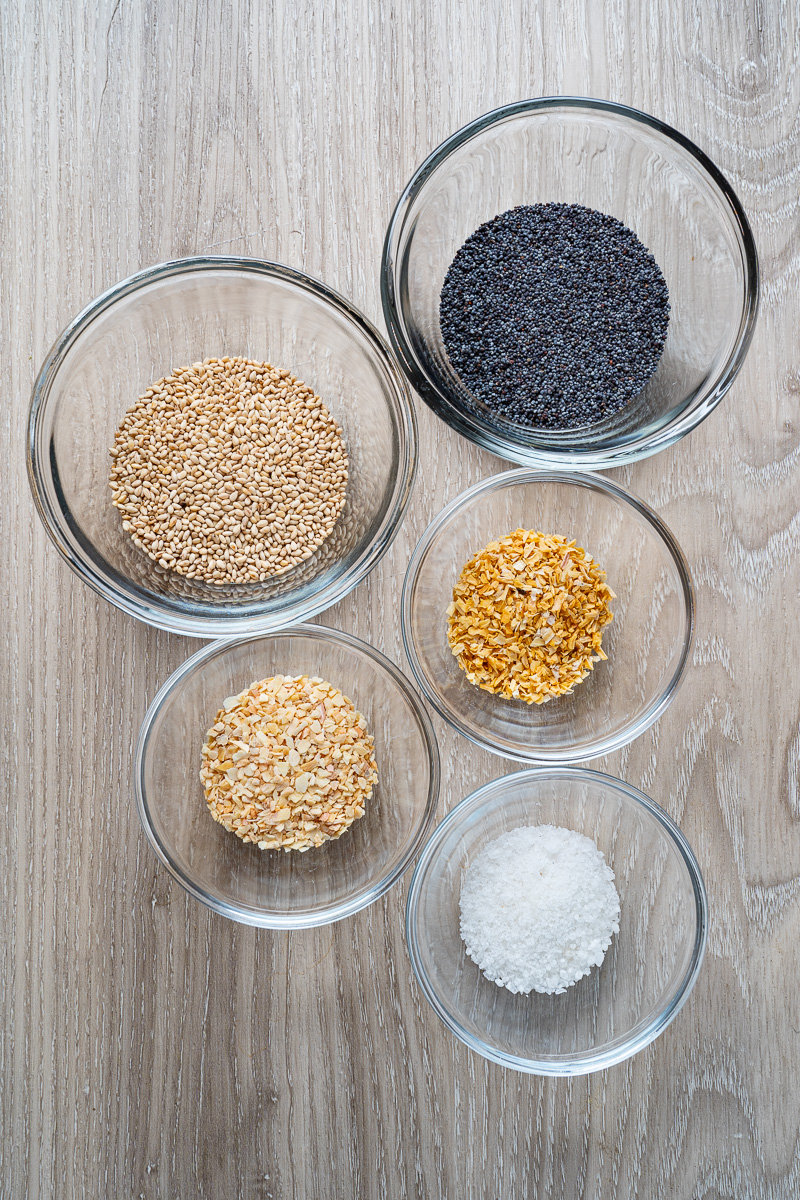 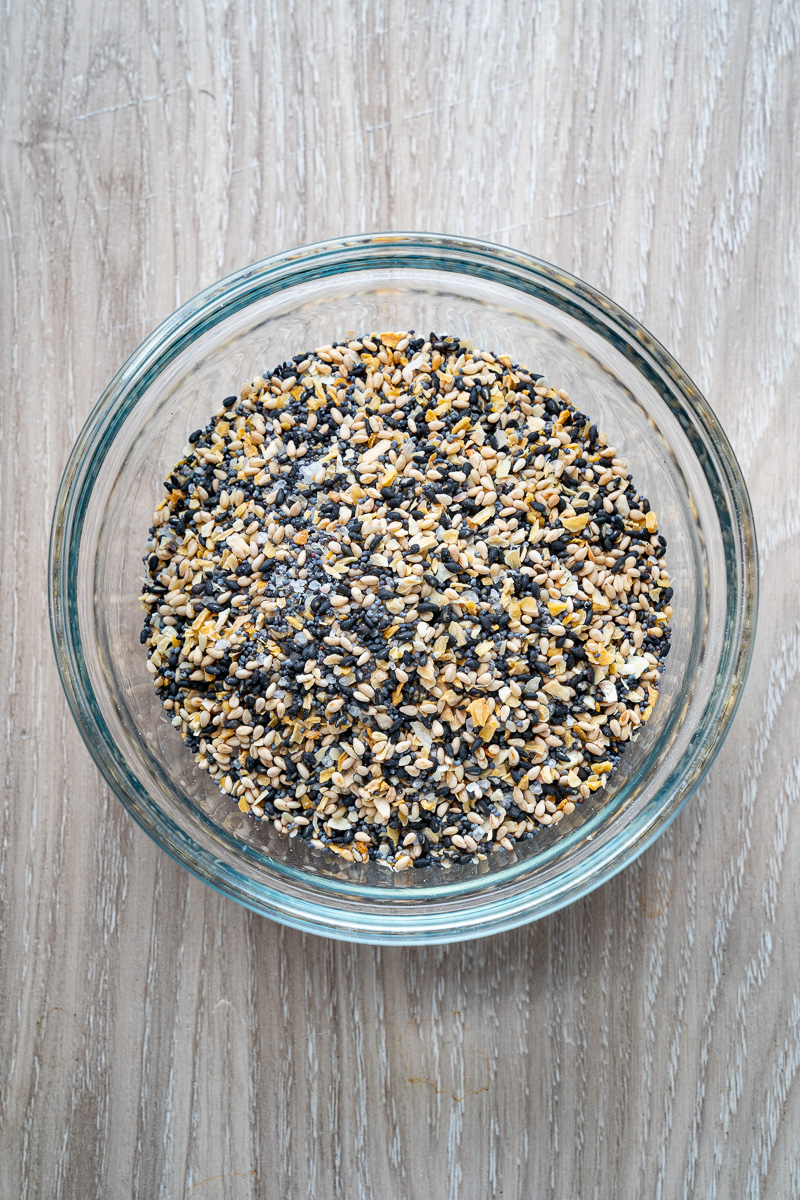 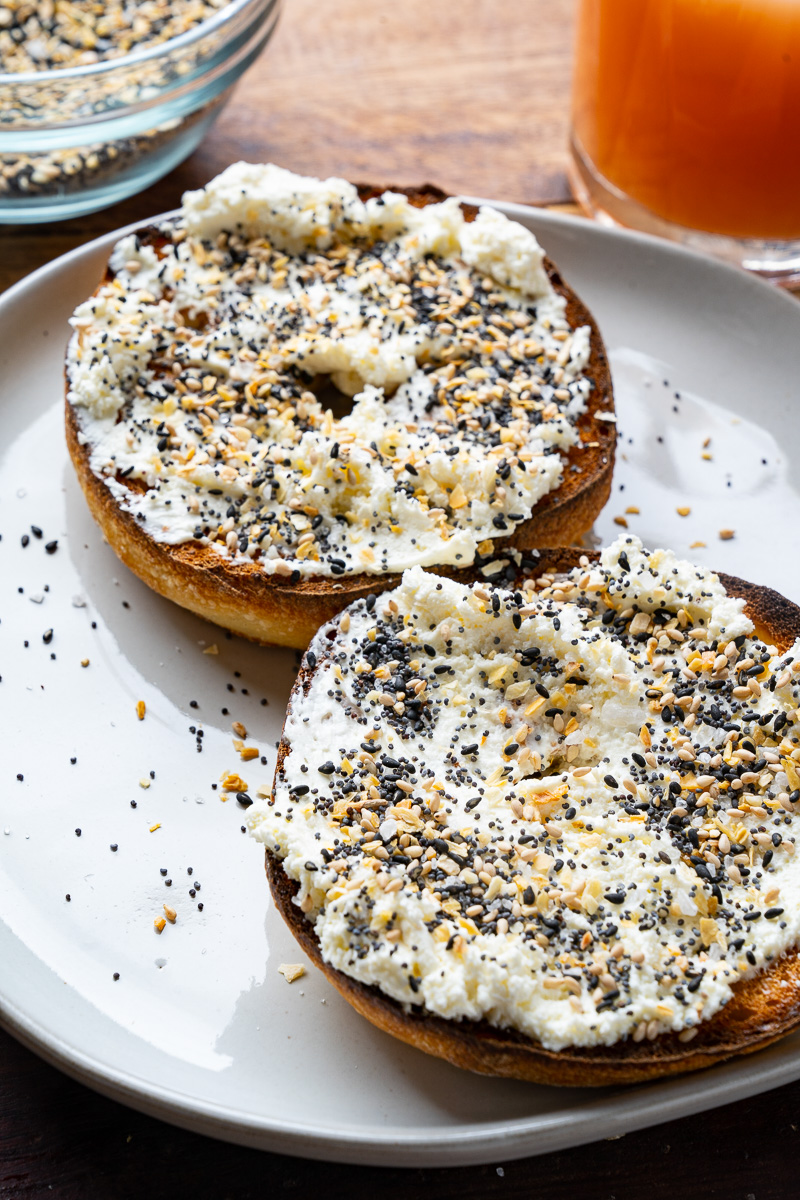 All of the best bagel flavours including poppy seeds, sesame seeds, onion and garlic in a single, everything bagel seasoning!

Note: Use white and/or black sesame seeds. I like to use some of each and I like to toast them first to bring out more aroma and flavour!
Nutrition Facts: Calories 35, Fat 2g (Saturated 0.3g, Trans 0), Cholesterol 0, Sodium 20mg, Carbs 2g (Fiber 0.8g, Sugars 0.2g), Protein 1g
Nutrition by: