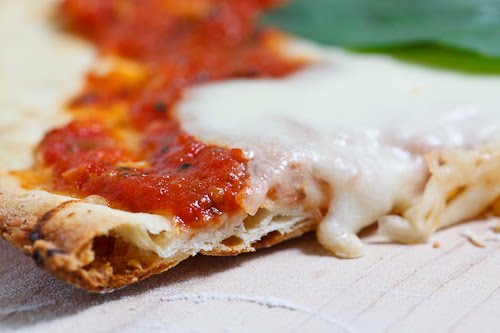 While I was on vacation in Italy last year I got the chance to try some really amazing pizza! My favorite had to be the thin crust style pizza and that was nice and light and it had an almost crackery texture to it. When I got back from Italy I went on a quest to duplicate that thin crust style pizza at home and after trying a bunch of recipes I settled on this thin crust pizza dough from PizzaMaking.com that gave me the best results.
This recipe can be a bit tricky and it took me a few tries to get it just right but it is well worth the effort. One thing to keep in mind is that this recipe requires
you to let the dough sit for 24 hours so you need to plan on that when on making a pizza. This dough has a really low water to flour ratio which means that you pretty much need to mix the dough in a food processor and even then, the dough is going to be very dry. In fact the dough will be more like crumbs but as long as you can form it into a ball then everything is ok. After sitting for the 24 hours the dough will not have risen very much but it will now have a more dough like consistency. The dough will be a little hard to work with but you want to roll it out as thinly as possible. To keep the dough from puffing up like a pita, I like to perforate it with a fork a few times. You then bake the pizza crust in a 500F oven until it just starts to turn a light golden brown. This pre-baking helps ensure that the crust will be nice and crispy even under the toppings. Once you are done with the pre-baking you can top the pizza with your favourite toppings and then it is back into the oven for its final baking.
Now that I have my thin crust pizza dough recipe, it is time to start experimenting with some toppings! 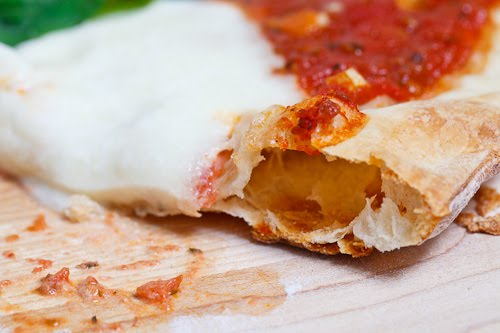