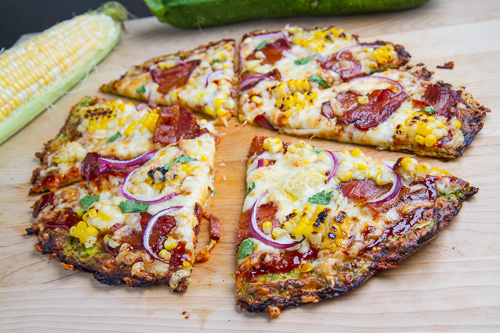 One of my favourite discoveries in the last little while has been the cauliflower pizza crust which is a really nice light and healthier alternative to a regular pizza crust. Ever since then I have been wondering what other things could be used to make pizza crusts and the first thing that came to mind was zucchini! Now that zucchini season is here one of the first things that I used it in was a zucchini crust pizza and over the last few days I have been experimenting with them! All of my zucchini pizza crust tests have been successful and it is easier to work with than cauliflower. More importantly than simply being able to use zucchini in a pizza crust, the zucchini pizza crust is amazingly if not addictively good! I will be using all of that zucchini to make many zucchini pizza crust pizzas this summer!
I started with a recipe that was pretty much the same as the cauliflower pizza crust recipe where you cook the zucchini, squeeze out the moisture, mix it with an egg and some cheese and bake it until golden brown before adding the pizza toppings and baking a second time. This recipe works fantastically well but I was wondering if you really needed to cook the zucchini so for my next pizza I tried using the zucchini raw. The raw version of the recipe also works but it is a little bit more difficult to squeeze the moisture out of the zucchini and that meant that it needed to bake a bit longer, 20 minutes rather than 15, and everything else the same. Another common way to extract excess liquid from zucchini is to mix it with a bit of salt and let it sit for 20 minutes so I tried this method next and I found that it works as well a cooking the zucchini and it takes about the same amount of time but I found the crust was a bit salty. I was also wondering what the addition of a touch of flour would do for the crust so for my next one I added 1/4 cup of flour and the results were good; the crust is a little stronger and easier to handle but it is also not quite as light and airy as one might expect. In the end all of the crusts worked well and I think that I will stick with the original one with the pre-cooked zucchini and no flour but feel free to experiment yourself!
Alright enough about the crust, what about the toppings? Given that it is a zucchini crust I wanted to go with something summery and I kept coming back to one of my favourite combos, zucchini and corn. I had several ideas on how to use the zucchini and corn combo in a pizza and I started out with a BBQ bacon, and grilled corn pizza on the zucchini crust. I went with a smoky chipotle BBQ sauce for the base and I topped it with a smoked gouda cheese along with the smoked bacon and grilled corn along with some red onions. The combination of spicy BBQ sauce with the sweet corn and salty bacon and all of the smoky undertones is a fabulous one especially on the tasty zucchini crust! If you are feeling a bit adventurous adding a fresh diced tomato and avocado topping really takes this pizza over the edge! 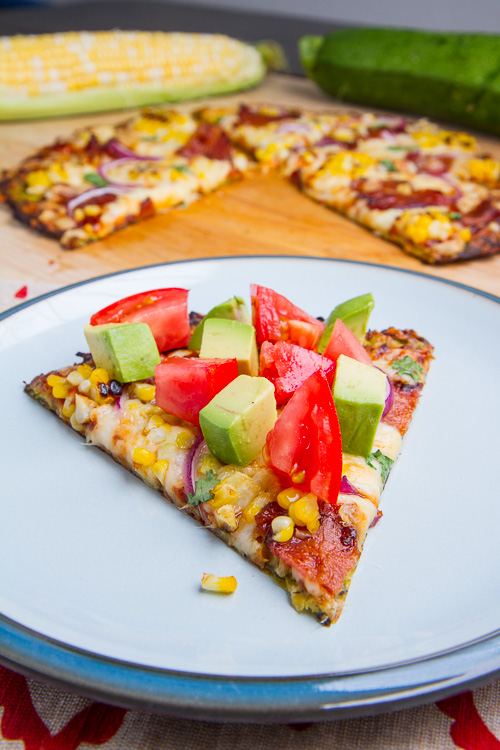 The zucchini pizza crust holds up well and you can easily pick it up and eat it with your hands! (Note: Leftovers will require a fork…) 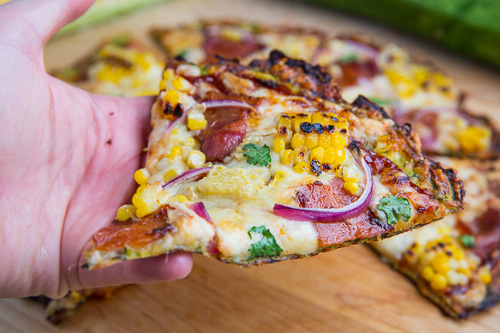 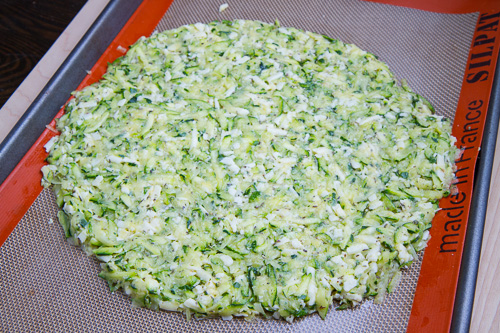 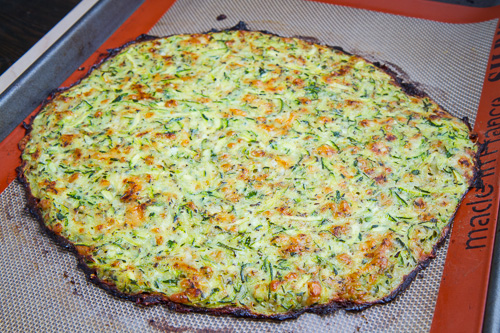 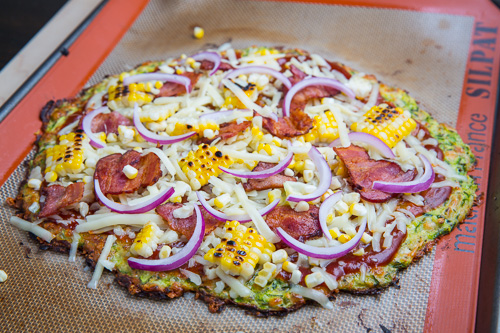 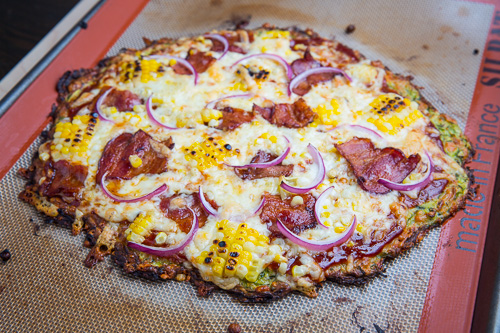 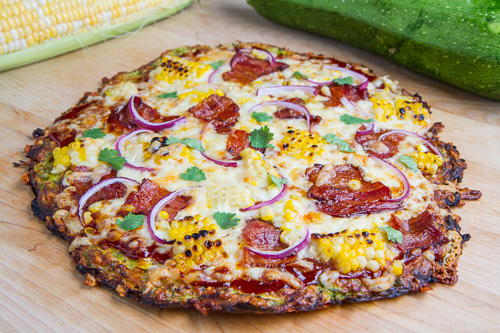 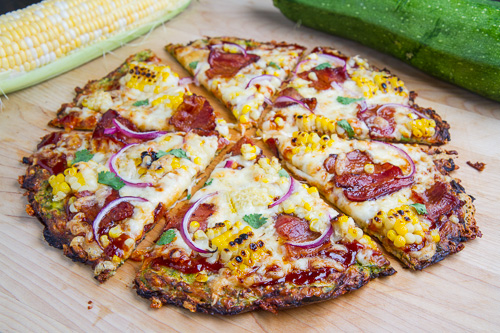 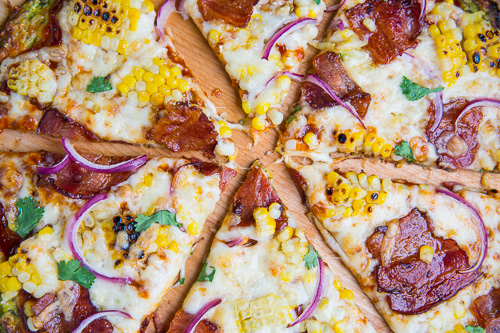 Note: Step 1 is optional and the recipe will work without doing it but it helps make it easier to remove the moisture from the zucchini. If you use raw zucchini the bake time for the crust will be closer to 20 minutes than 15.
Note: You can add 1/4 cup flour, or rice flour, or almond flour, etc. to the zucchini mixture which will help make the crust stronger but it also makes it a little bit tougher.
Nutrition Facts: Calories 130, Fat 8g (Saturated 4g, Trans 0), Cholesterol 70mg, Sodium 75mg, Carbs 6g (Fiber 2g, Sugars 3g), Protein 11g
Nutrition by: