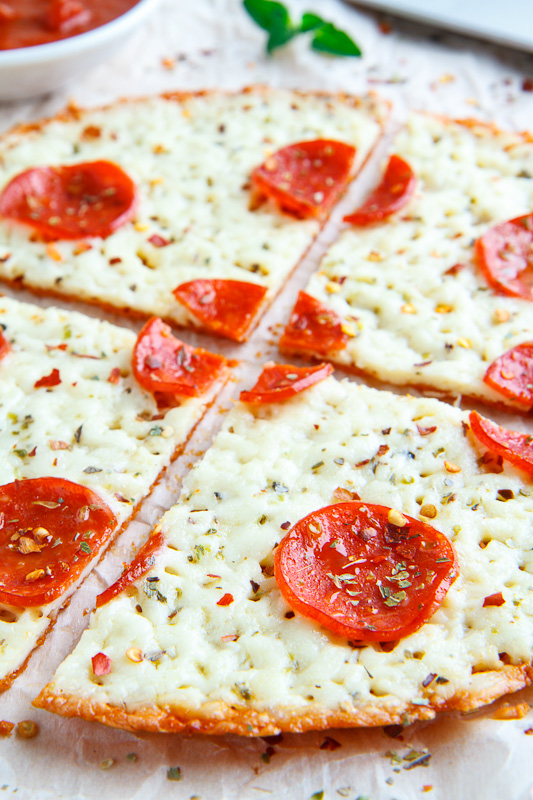 The ultimate low-carb pizza, the no crust pizza! The cheese itself is the crust and it’s topped with pepperoni and dipped in the pizza sauce! All of the great flavours of a pepperoni pizza without the crust!

First I brought you the cauliflower pizza crust and then I brought you the zucchini pizza crust and now I bring you the ultimate low-carb pizza crust, the no crust pizza crust! Yes, that’s right a no crust pizza crust! You know how the melting cheese sometime ooezs out of a grilled cheese sandwich, sticks to the pan and hardens on the bottom? That’s the idea behind the no crust pizza crust, you simply sprinkle the cheese onto the pan, let it melt and cook until bubbling and nice and golden brown on the bottom before letting it cool a bit so that the bottom gets solid enough that you can slice it and pick it up just like a regular slice of pizza. Hold on, I know what you are going to say! What about the toppings and the sauce? While the cheese is cooking you can sprinkle on your favourite pizza toppings and then you can dip the pizza into some pizza sauce as you eat it! And there you have it a no crust pizza crust with all of the flavours of pizza and none of the carbs or the leftover crust ends that nobody wants to eat! 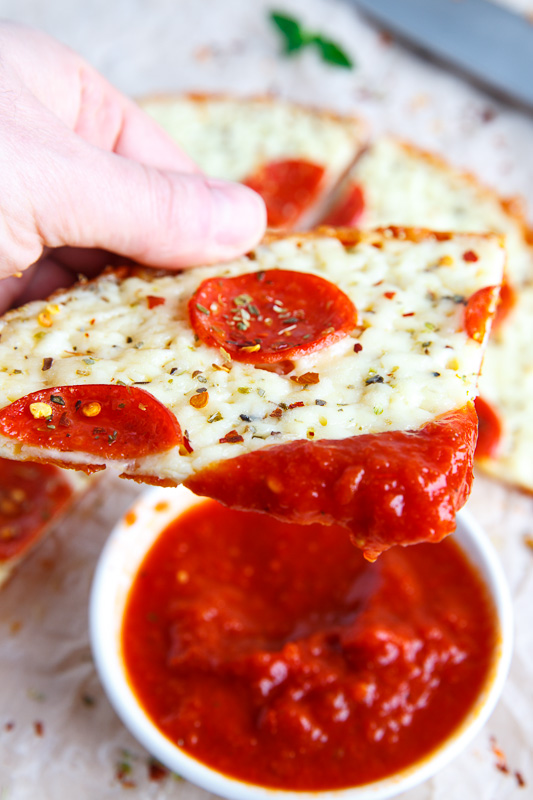 The all cheese crust holds up perfectly for dipping! 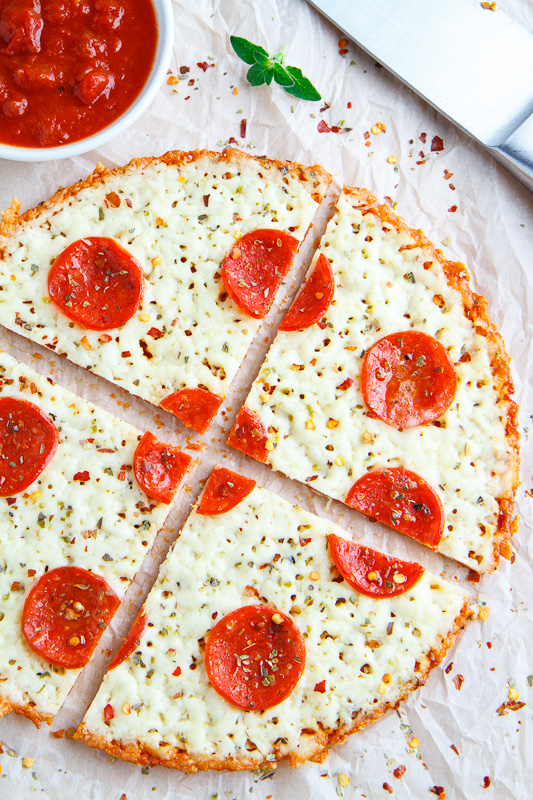 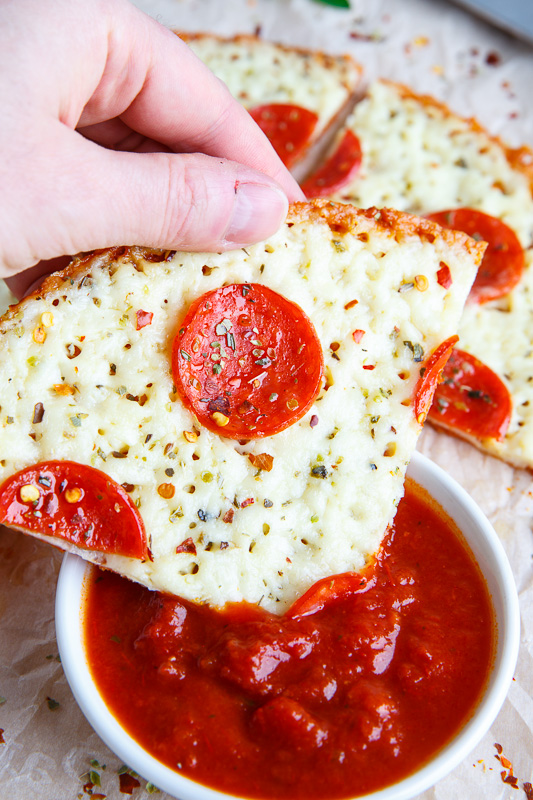 Who need a bread crust? The cheese works all by itself! 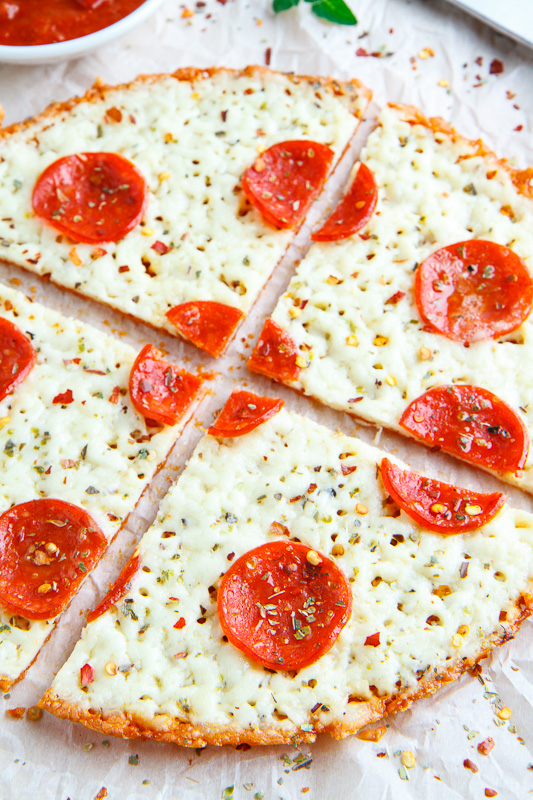 The ultimate low-carb pizza, the no crust pizza! The cheese itself is the crust and it’s topped with pepperoni and dipped in the pizza sauce! All of the great flavours of a pepperoni pizza without the crust!