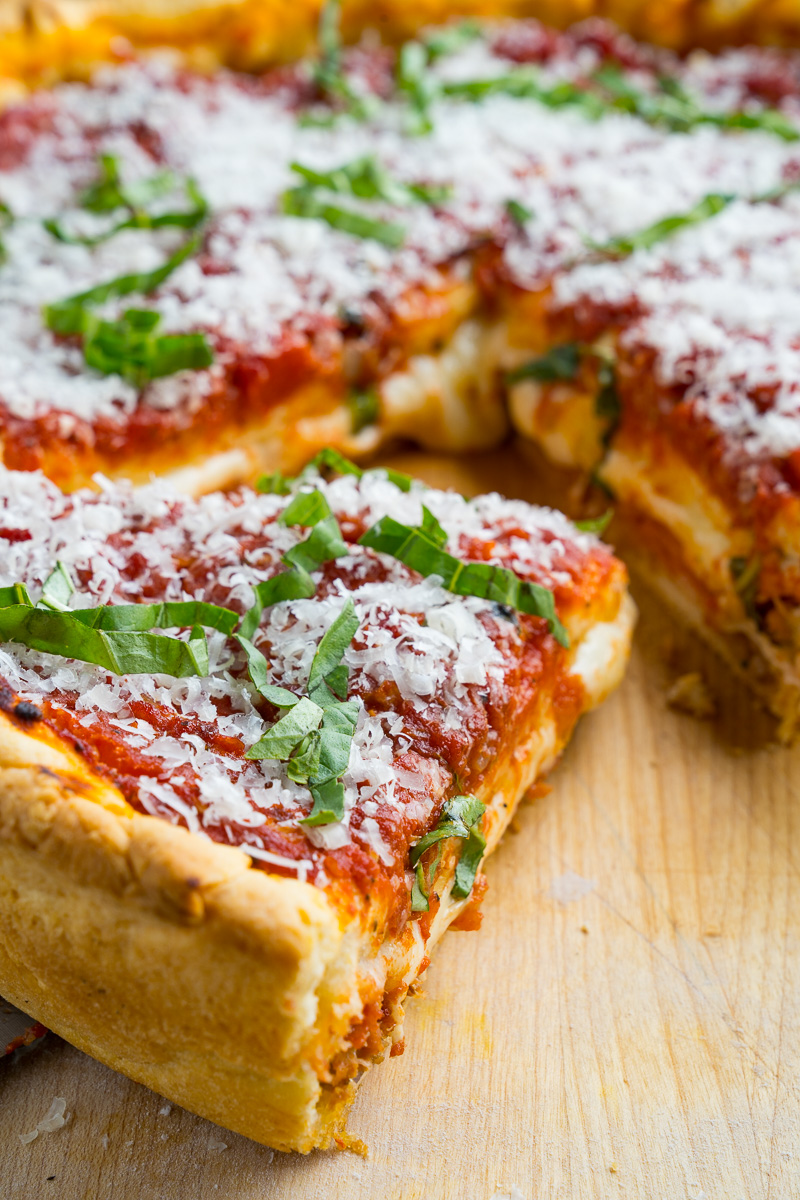 I am a fan of pizza pf all types and one type that I really enjoy is Chicago style deep dish pizza. This kind of pizza is more like a pie than a flatbread like regular pizza and I usually make it in a cast iron pan or a spring form pan so it’s around 1.5-2 inches deep! Now that’s a lot of filling!
Before I get to the filling we need to talk about the crust. The crust is a little thinner, a little buttery-er, a little crispier, and sometimes theres two layers. The recipe for the crust is similar to a regular pizza dough with some of the flour replaced with cornmeal and it has layers of butter folded into it which makes it nice a light, thin, crisp and buttery! I mentioned two crusts and that’s because there are two main styles of deep dish pizza, the regular one with one crust on the bottom and the so call ‘stuffed’ one where there is a second layer of crust on top of the meat and cheese but below the sauce and this second crust helps to hold the pie together.
The deep dish pizza may sound a little more intimidating to make than a regular pizza but it’s actually really easy! You roll out the dough, place it in a pie dish, top it with the filling like meat, followed by the cheese, the optional second crust and finally the pizza sauce. Everything is baked in the oven, a little longer than a normal pizza, and you good to dig in to this pizza that eats more like a lasagna! 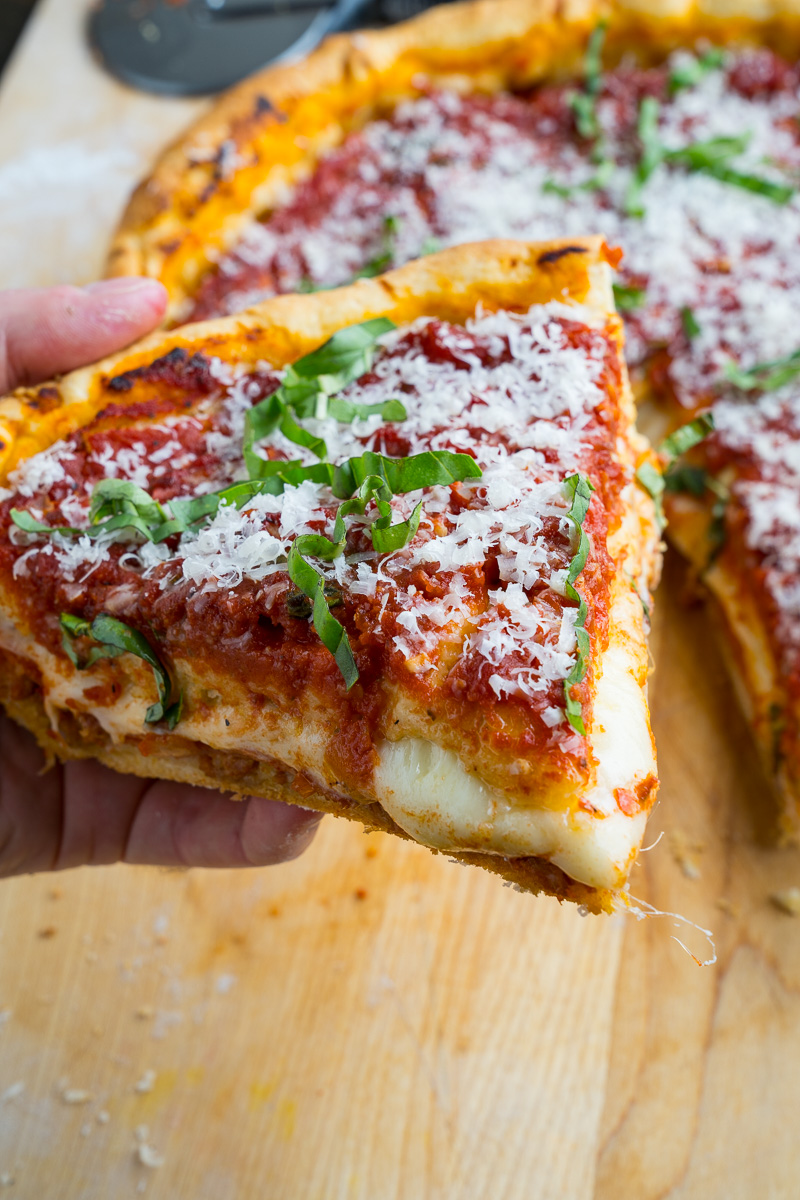 An traditional deep dish pizza recipe that is better than takeout/delivery! 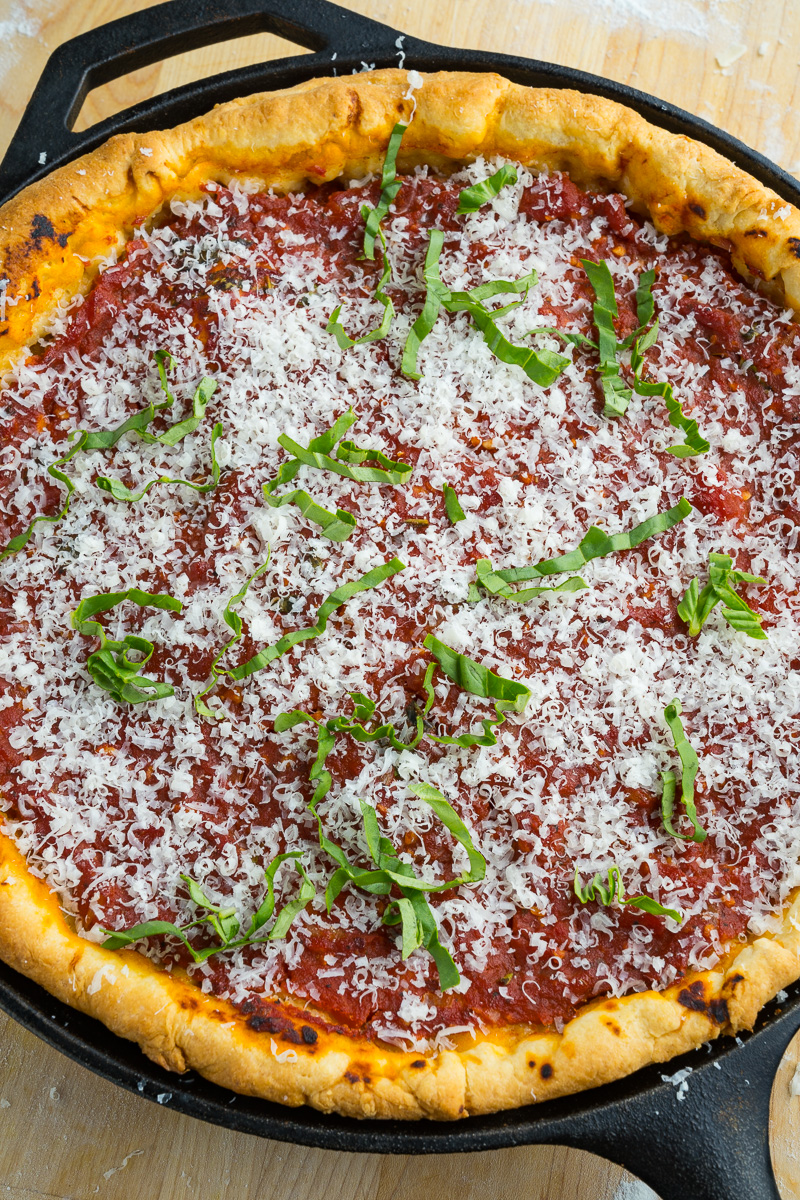 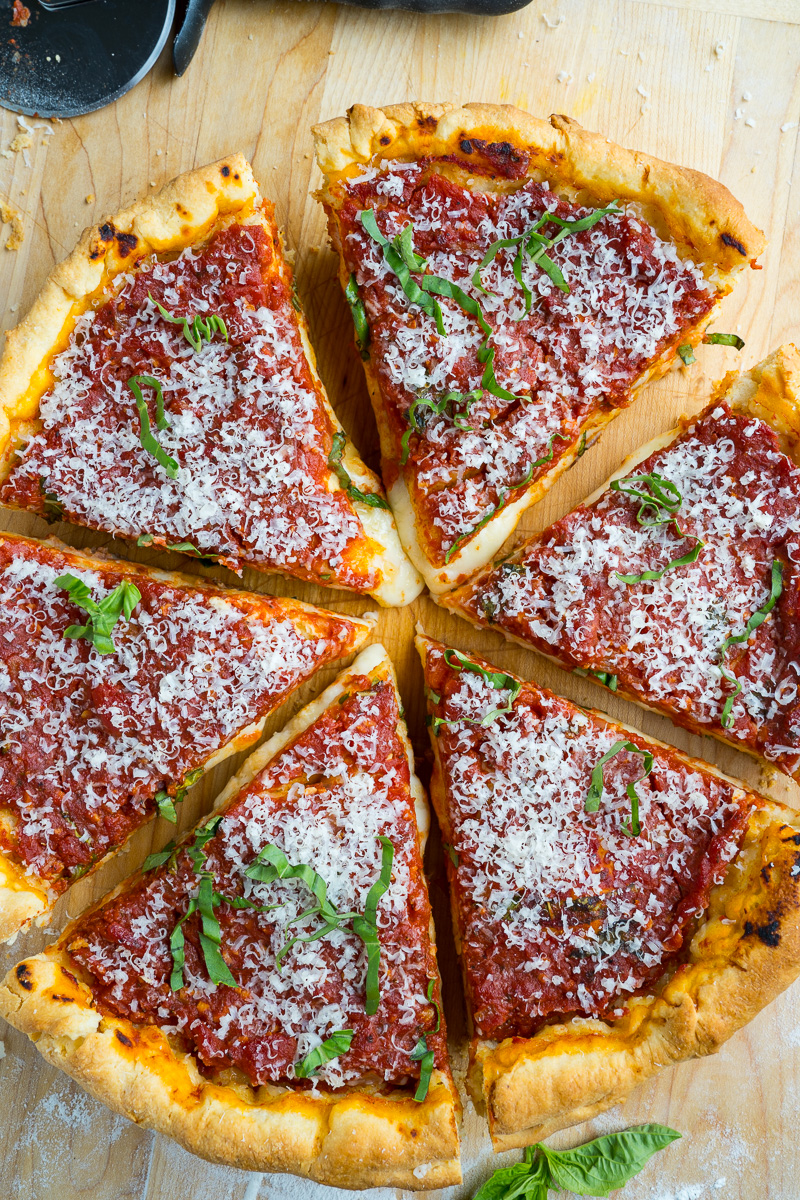 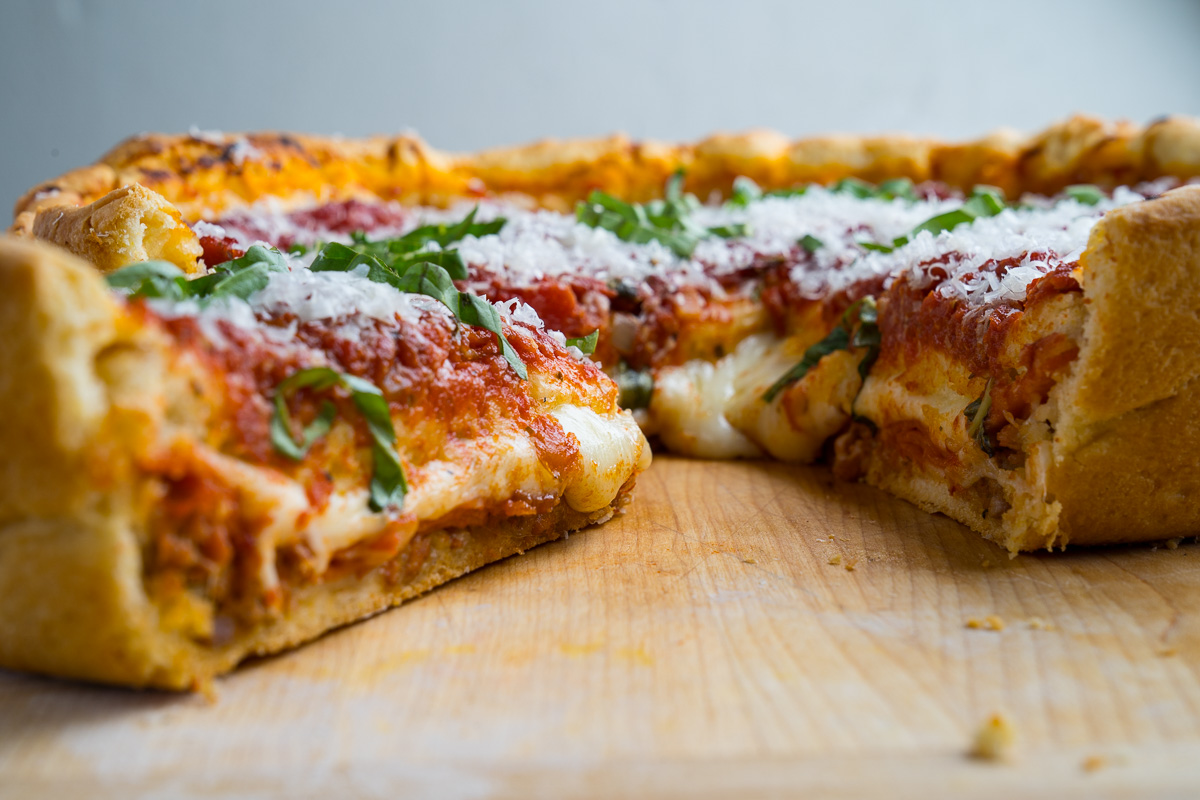 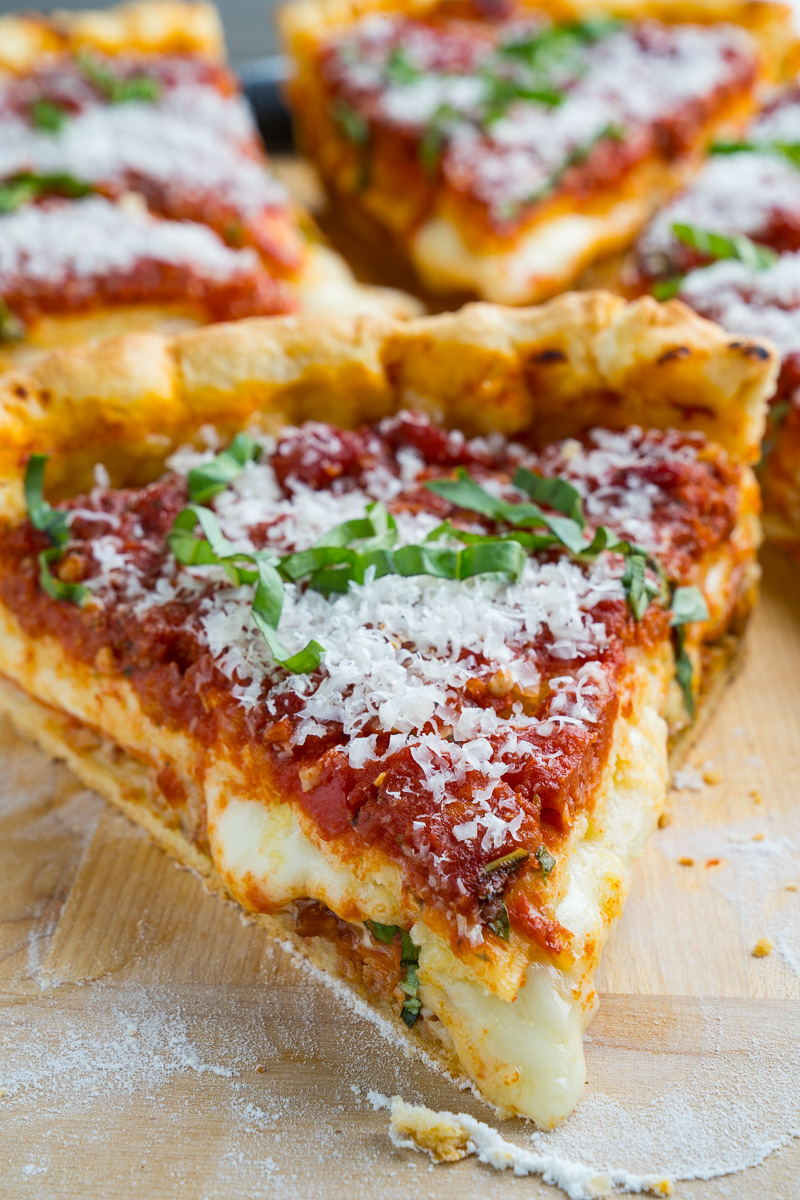 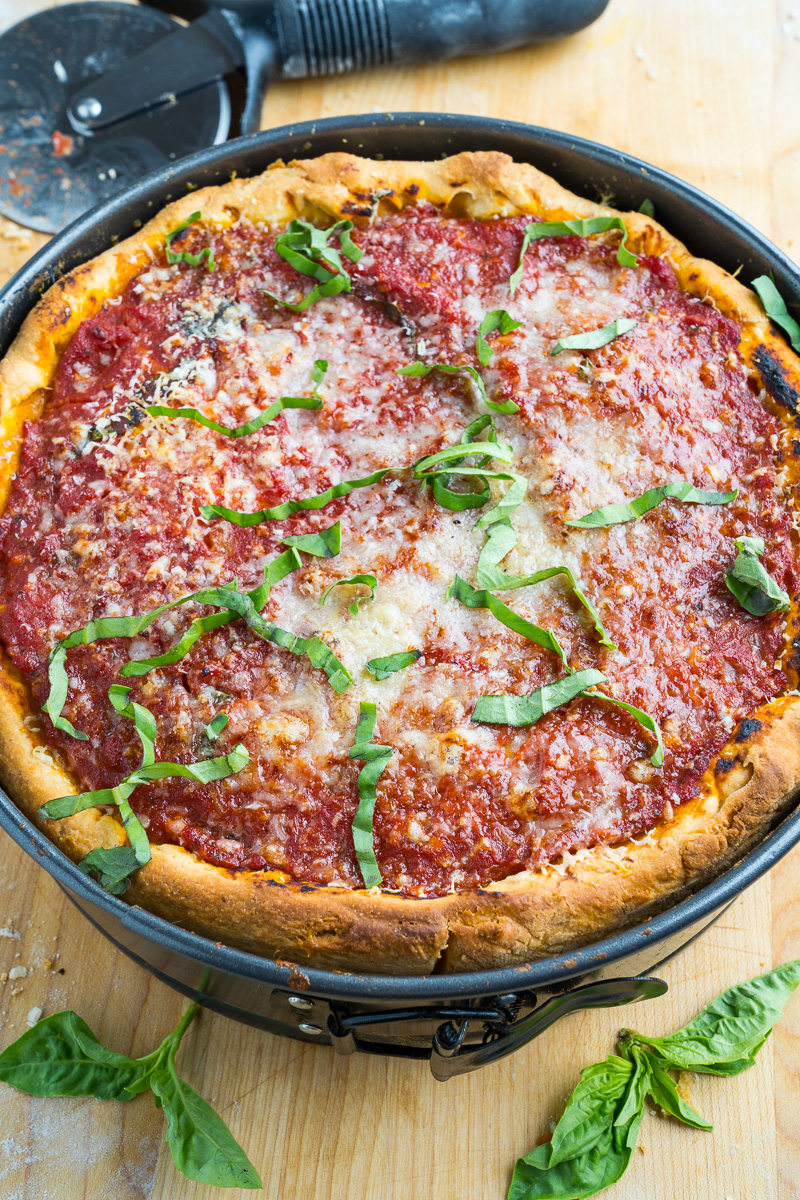 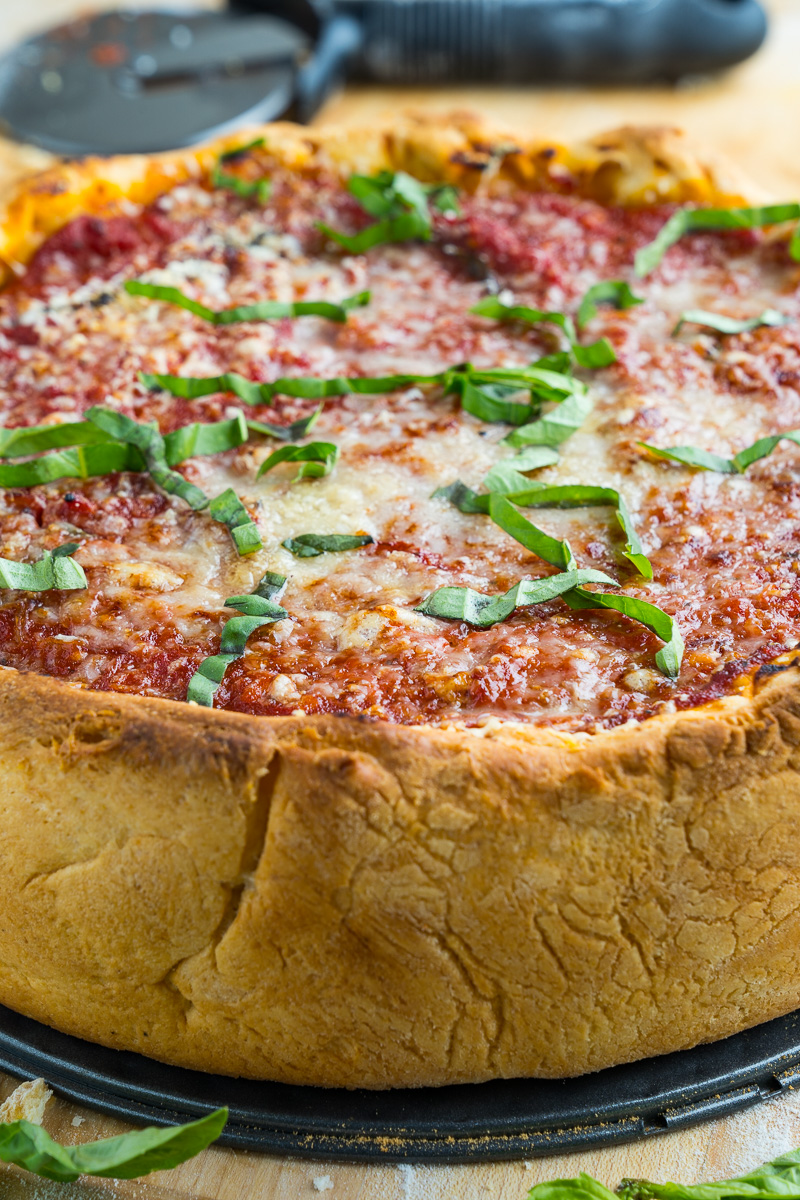