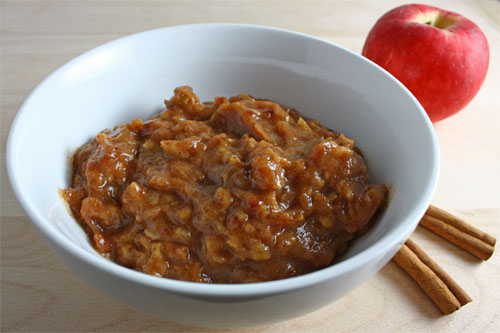 The farmers market has been full of apples for the last few weeks and I have been enjoying snacking on them. I was thinking that it was about time that I got around to cooking with some apples and I thought that making my own apple sauce would be a great place to start. While I was searching for a recipe for apple sauce I came across this recipe for a roasted apple sauce . One thing that I have discovered while food blogging is that roasting things concentrates their flavour and makes them better so I was immediately sold on the roasted apple sauce idea. For the apples, I used half mac and half honey crisp as those were the ones that I had on hand. The apple sauce was really easy to make; you simply toss the apples with some spices, roast them and then mash them. I let my apples roast for a good long time, until they were nice and soft and caramelizing. Because I let the apples roast so long the apple sauce came out pretty dark but it was great! The apple flavour was nice and concentrated and the cinnamon gave it a nice spiciness. This was easily the best apple sauce that I have had. Unfortunately it was a pretty small batch and I am going to have to make more! 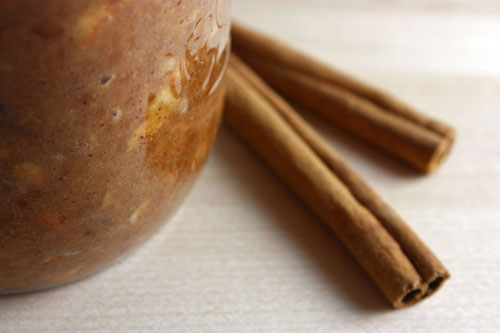