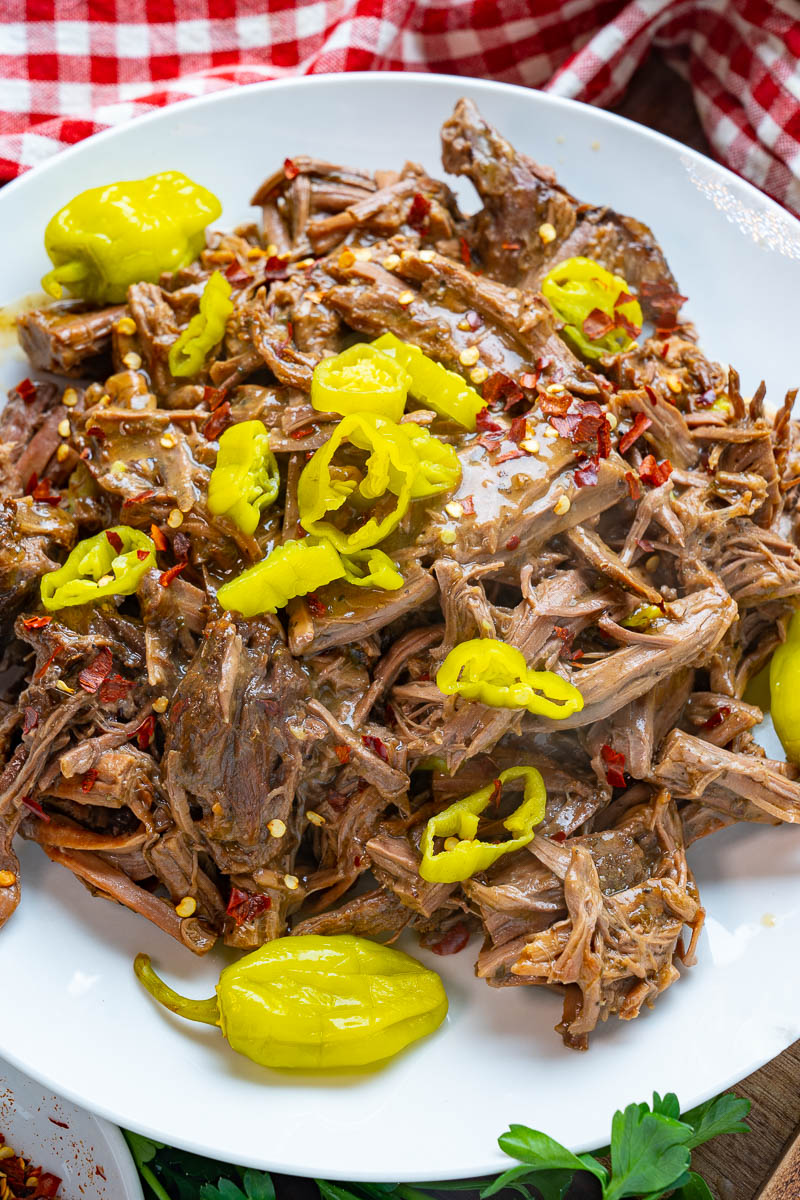 I am a fan of slow cooked pot roast with gravy and I have been itching to make this tasty looking slow-cooker Mississippi pot roast that’s been all over the internet for a while now. The basic idea is that this is a super simple recipe where you throw a roast beef into a crockpot along with a packet of ranch dressing mix, a packet of instant gravy and some pepperoncini peppers before turning it on; it’s really that easy! I like to make a lot of things myself, including ranch dressing and gravy so this is a recipe with homemade versions! The ranch dressing is a simple mix of herbs: parsley, dill, chives, onion powder, garlic powder, salt and pepper. The gravy is made with butter and flour, which is cooked like a roux, before adding broth, and any juices from the roast, and simmering until the gravy thickens! The gravy is seasoned with worcestershire sauce, soy sauce and plenty of pepper! Even when you make the ranch and gravy yourself, this Mississippi pot roast takes almost no effort and it’s just packed with flavour. Make some mashed potatoes or noodles to serve the pot roast with and you have a complete meal! 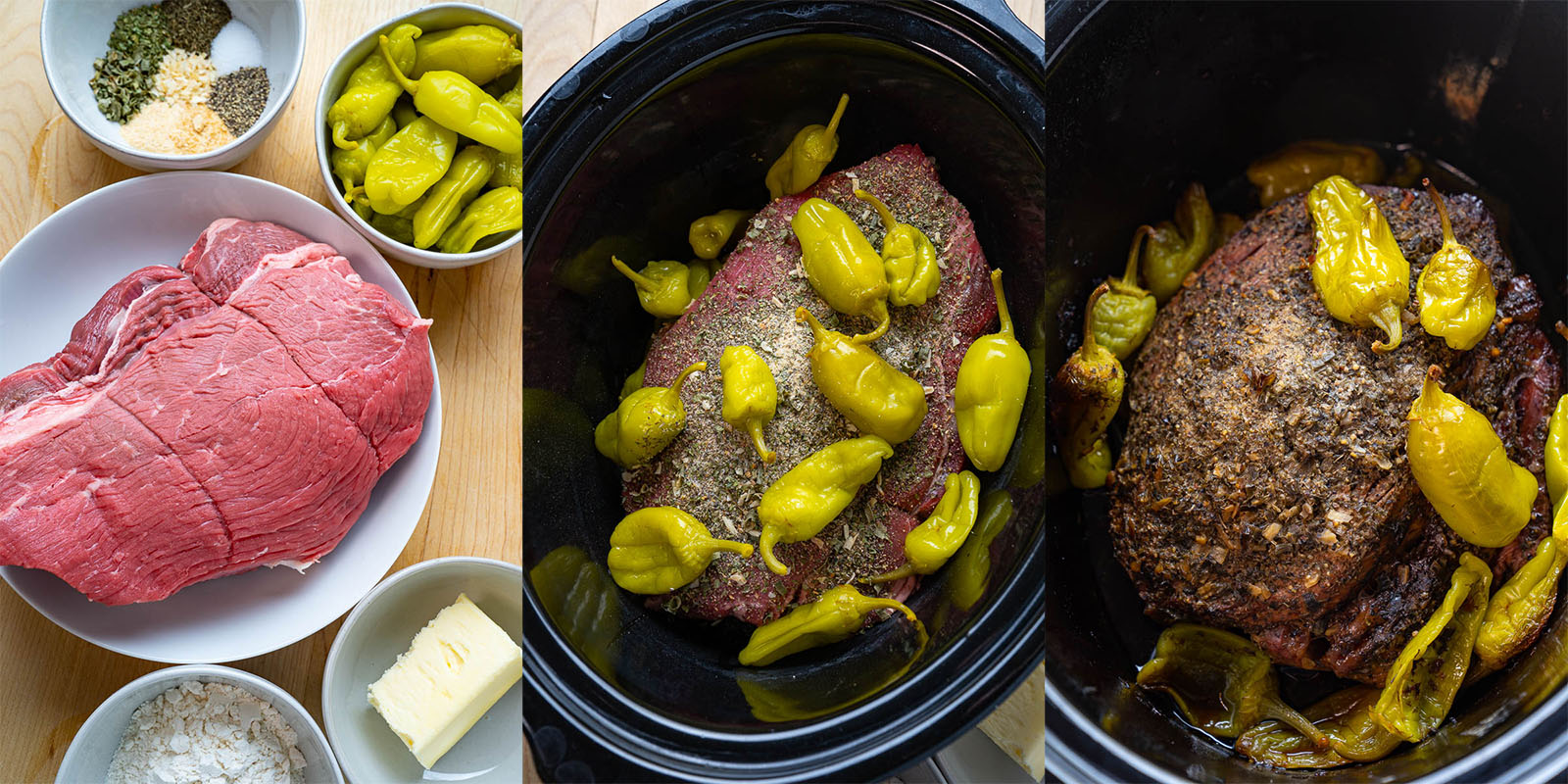 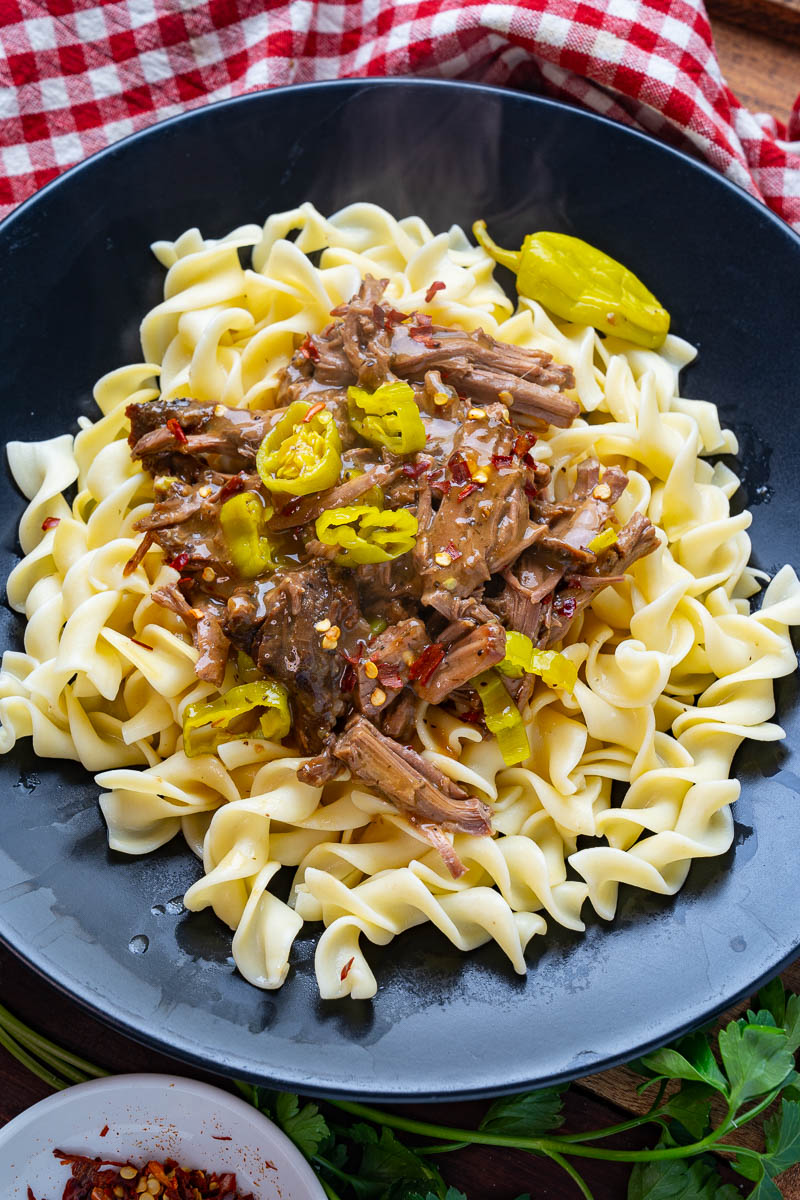 For the pot roast:

For the ranch seasoning:

For the pot roast:

For the ranch seasoning: