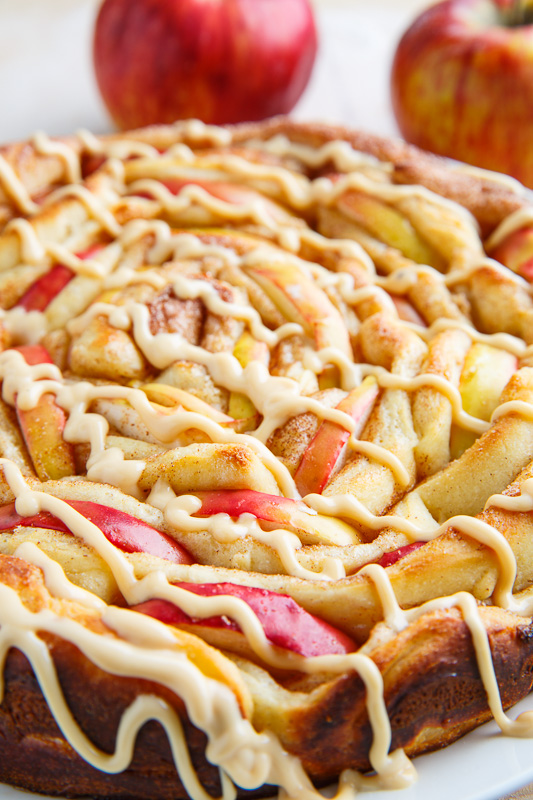 With Thanksgiving approaching I have been thinking about some new recipe ideas and I always like to take some time on the holiday to do a special breakfast! What’s more, it’s fun to use seasonal ingredients like apples and this apple cinnamon spiral bread with caramel cream cheese frosting has been running around my mind for a while now. This recipe starts out with my favourite sweet yeast dough recipe, that I use to make cinnamon buns and sticky buns, and instead of using it to make buns or rolls I use it to make one really large bun or a spiral bread that is stuffed with slices of apples. Since apples and cinnamon go well together I kept the cinnamon bun layer of cinnamon sugar in each spiral in addition to the apple slices. I enjoy cinnamon buns topped with a nice cream cheese based frosting and since apples and caramel are such a natural flavour combination I topped this apple cinnamon spiral bread with a caramel cream cheese frosting! No matter how you slice it this cinnamon spiral bread with caramel cream cheese frosting is one amazingly good combination of flavours that is perfect for breakfast this Thanksgiving! 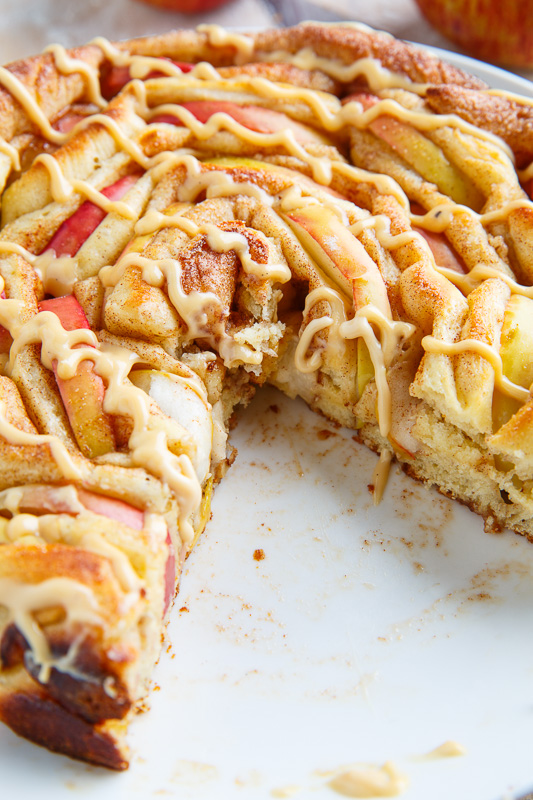 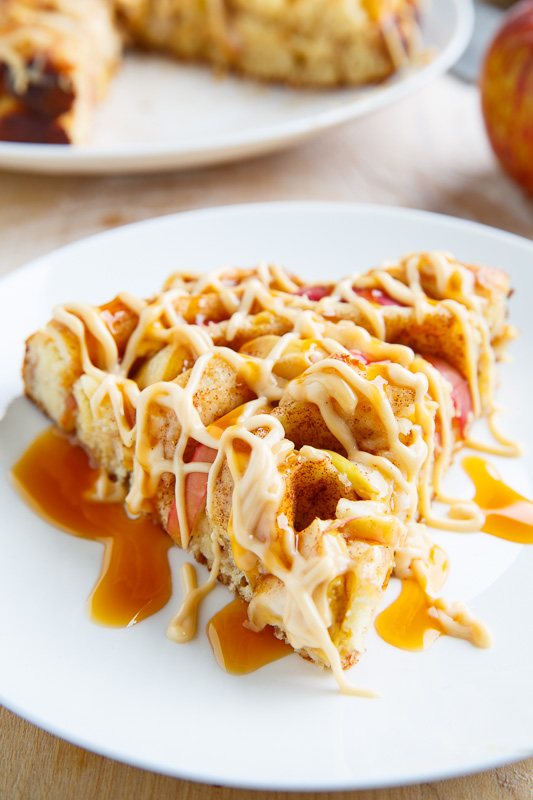 This sweet yeast dough is so nice and moist, light and fluffy! 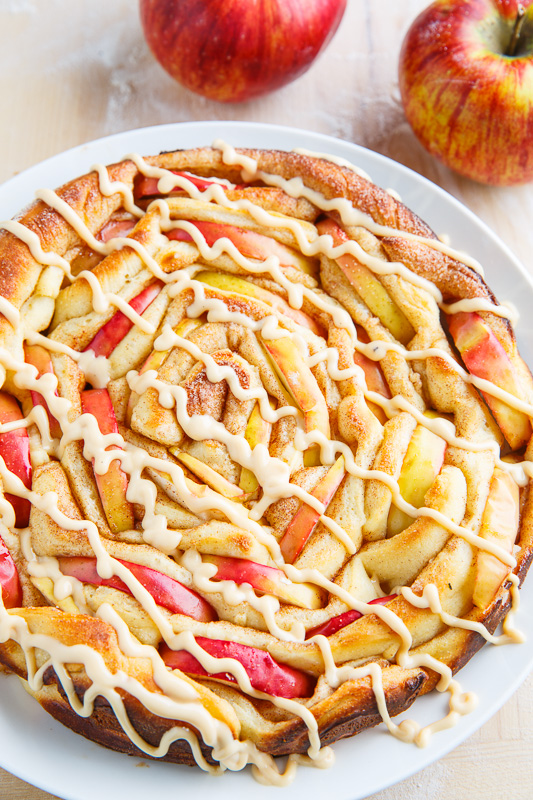 What an amazing way to start a chilly fall day! 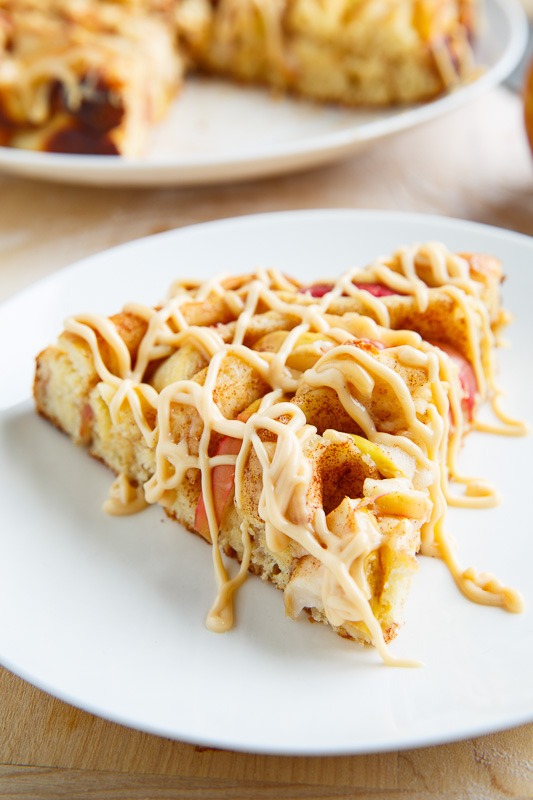 This apple spiral bread would also be great with the addition of walnuts and/or pecans, raisins or even bacon to the spiral layers! 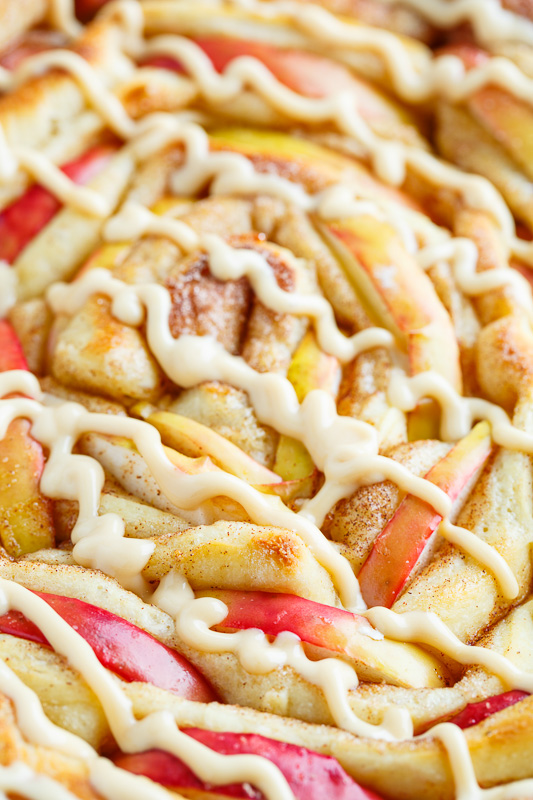 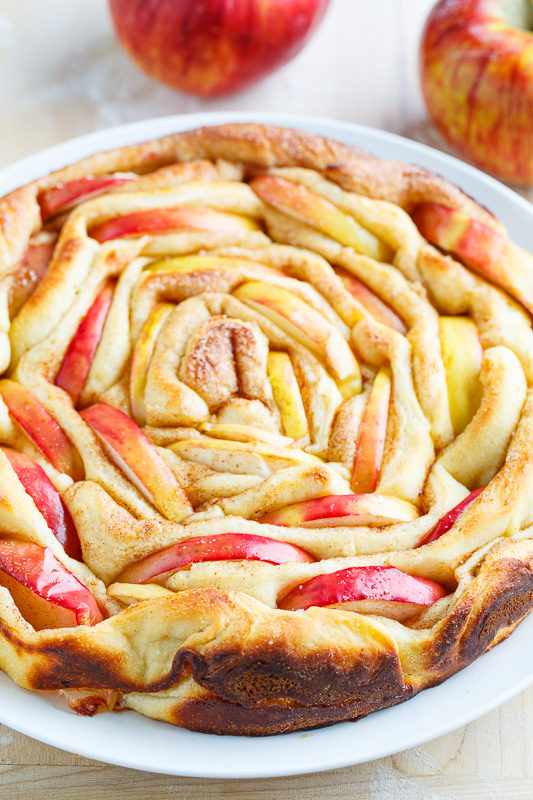 Ah, who am I trying to kid, throw some extra caramel sauce on there! 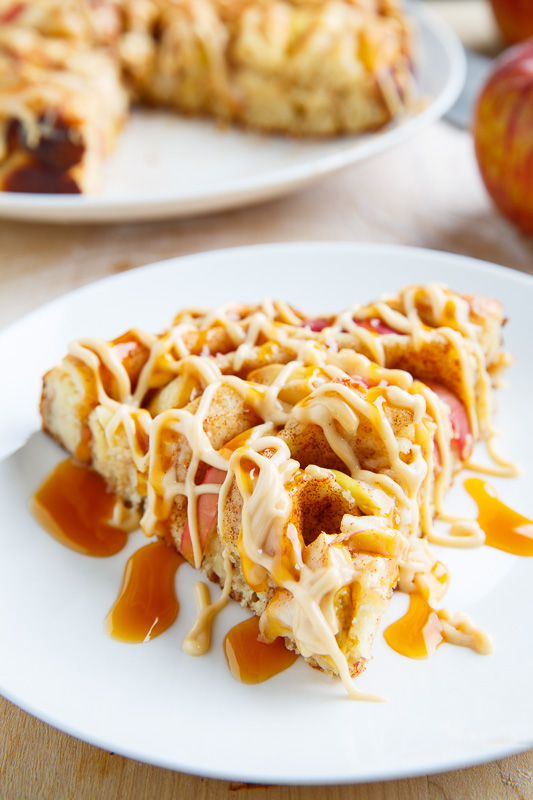 For the basic sweet dough:

For the caramel cream cheese frosting:

For the apple spiral bread:

For the basic sweet dough:

For the caramel cream cheese frosting:

For the apple spiral bread: