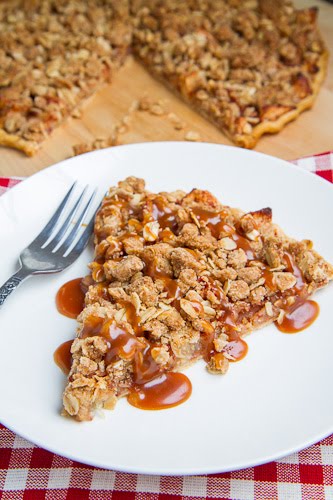 Tender apples and cinnamon with a rolled oat crumble topping served pizza style on rolled out pie crust. It like a combination of apple crisp apple pie and an apple pizza all rolled up into one and then smothered in caramel!

I am a huge fan of apple desserts and I always enjoy fall and early winter with their huge selection of apples to use in them. Some of my favourite apple treats include apple crisps and apple pies so when I came across a recipe that combined the two an served them up in pizza form as an apple crisp pizza on The Girl Who Ate Everything I knew that I would have to try it! The basic idea is that a pie crust is rolled out like a pizza dough and topped with a layer apples coated in cinnamon and then topped in a layer of rolled oat crumble. Not only is this recipe amazing but it is dead simple to make once you have your pie crust! Really the hardest part is peeling and dicing the apples! If all of this was not enough, the finished product is smothered in caramel sauce and the apple and caramel flavour combination is simply divine! You will have to excuse me while I go and warm up a another slice! 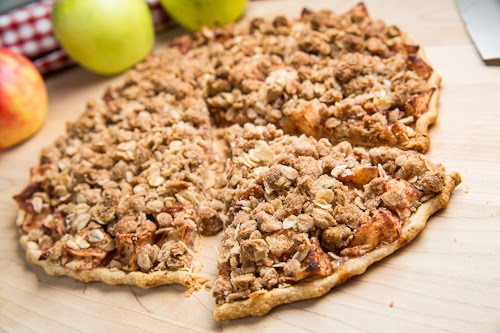 Of course the apple crisp pizza smothered in caramel sauce is even better with a melting scoop of vanilla ice cream on top! 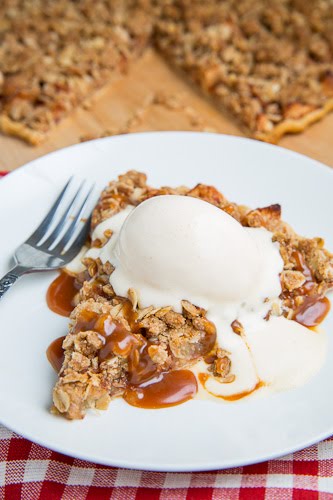 I am terribly sorry to report that the slice of apple crisp pizza did not survive the photoshoot! 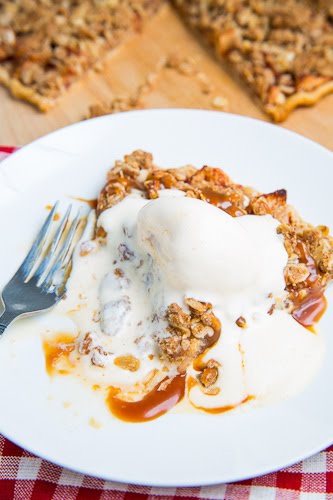 Tender apples and cinnamon with a rolled oat crumble topping served pizza style on rolled out pie crust. It like a combination of apple crisp apple pie and an apple pizza all rolled up into one and then smothered in caramel! 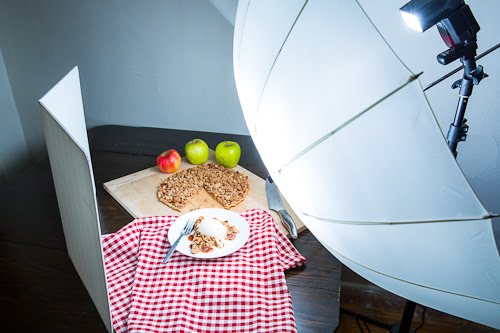