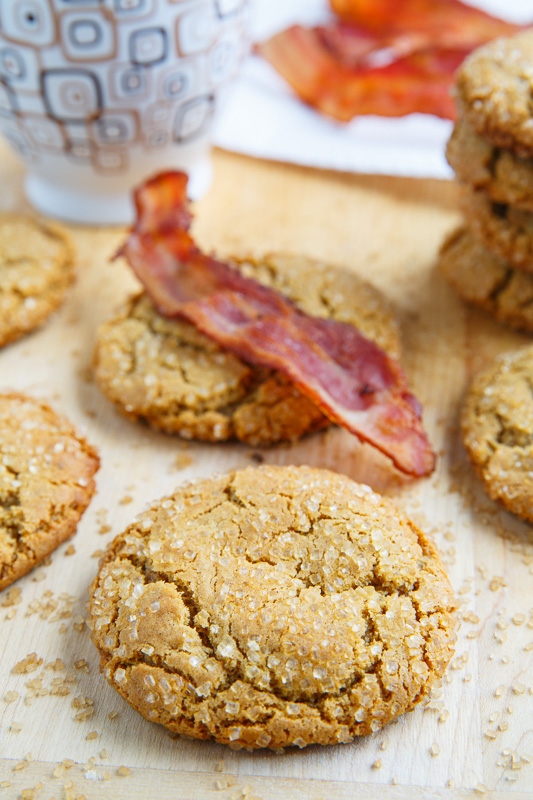 Soft and chewy gingersnap cookies that are crispy around the edges and made with a secret ingredient, bacon grease which takes them to a whole new level of amazing! They’ll never be able to guess the secret ingredient!

As I was settling down for some holiday cookie baking, including my favourite gingersnap cookies, I came across the idea for bacon gingersnap cookies on Kevin is Cooking and given my bacon addiction it was pretty much a given that I would be making some! The bacon is added to the gingersnap cookies by replacing the butter with rendered bacon fat so I took my gingersnap cookie recipe and did just that! Now I know that this might seem a little strange at first but I have tried similar things in the past including making bacon chocolate chip cookies and bacon maple shortbread by adding bacon pieces to both and they are amazingly good! By using bacon fat rather than adding pieces of bacon you add that bacon umami flavour which takes these gingersnap cookies way over the edge and most people would not be able to say that they knew that there was bacon in them if you don’t tell them first. When you get to making your gingersnap cookies this year, try making one batch with bacon fat instead of butter! What a great way to add a little bacon to your holiday cheer! 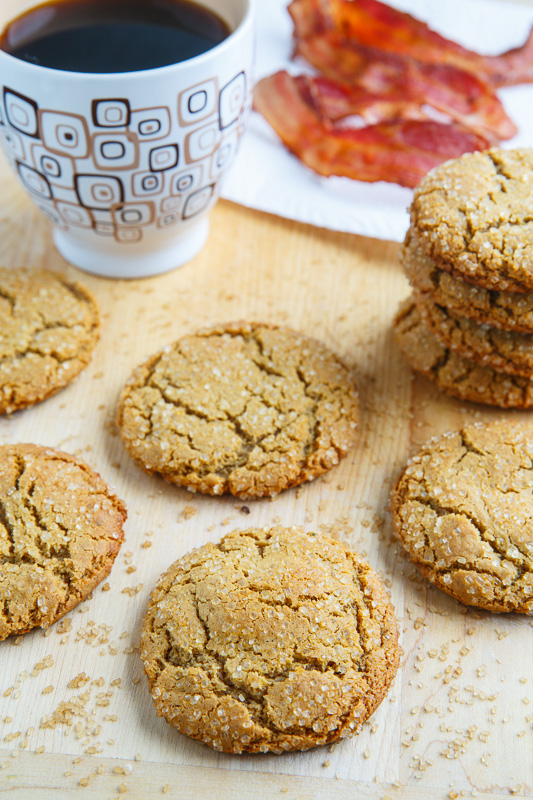 Top with pieces of Candied Bacon! 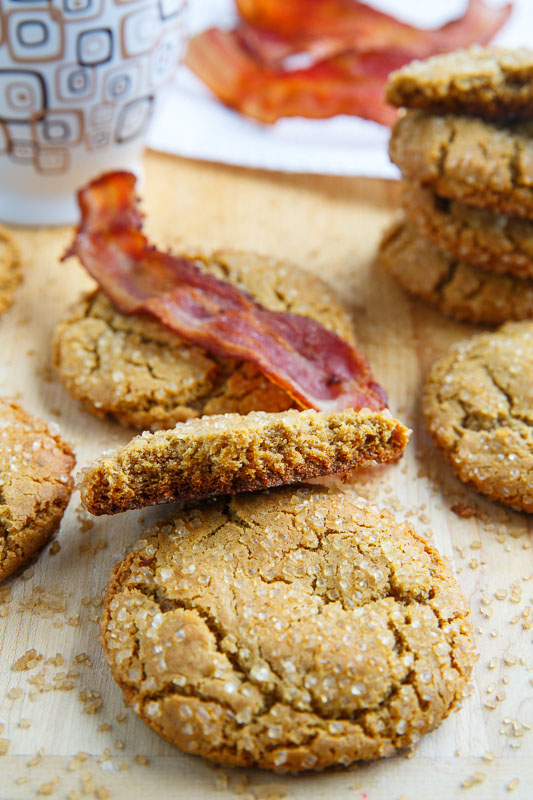 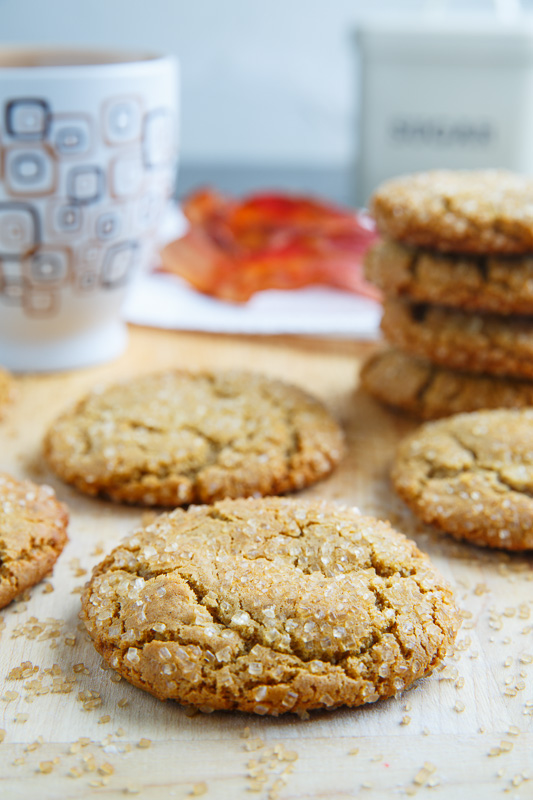 Soft and chewy gingersnap cookies that are crispy around the edges and made with a secret ingredient, bacon grease which takes them to a whole new level of amazing! They’ll never be able to guess the secret ingredient!