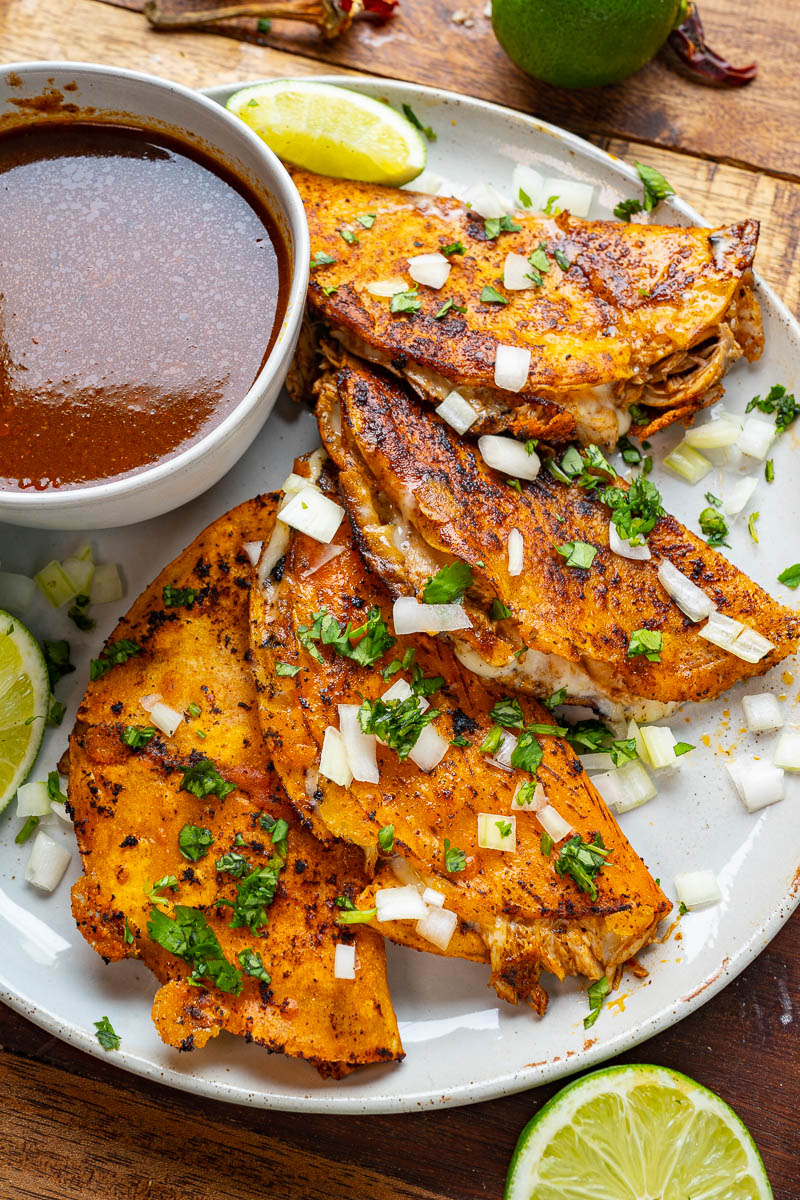 Crispy chicken tacos served with a side of a tasty chicken birria sauce for dipping!

Birria de Res con consome, a Mexican style beef stew in a tasty consume, is a favourite of mine and it also works well in chicken form! The idea here is that dark meat chicken, legs, thighs and/or drumsticks, are simmered in a broth seasoned with chilies, herbs and spices. The chicken is cooked with the skin on and bones in and the combination of the dark meat, fat from the skin and the bones infuses the broth with a ton of chicken flavour! The broth is seasoned with dried guajillo, ancho and chipotle chilies along with onions, garlic and spices including cumin! Once the chicken has simmered until tender in the broth you can serve it in the broth over rice or shred the meat and use it in tacos! 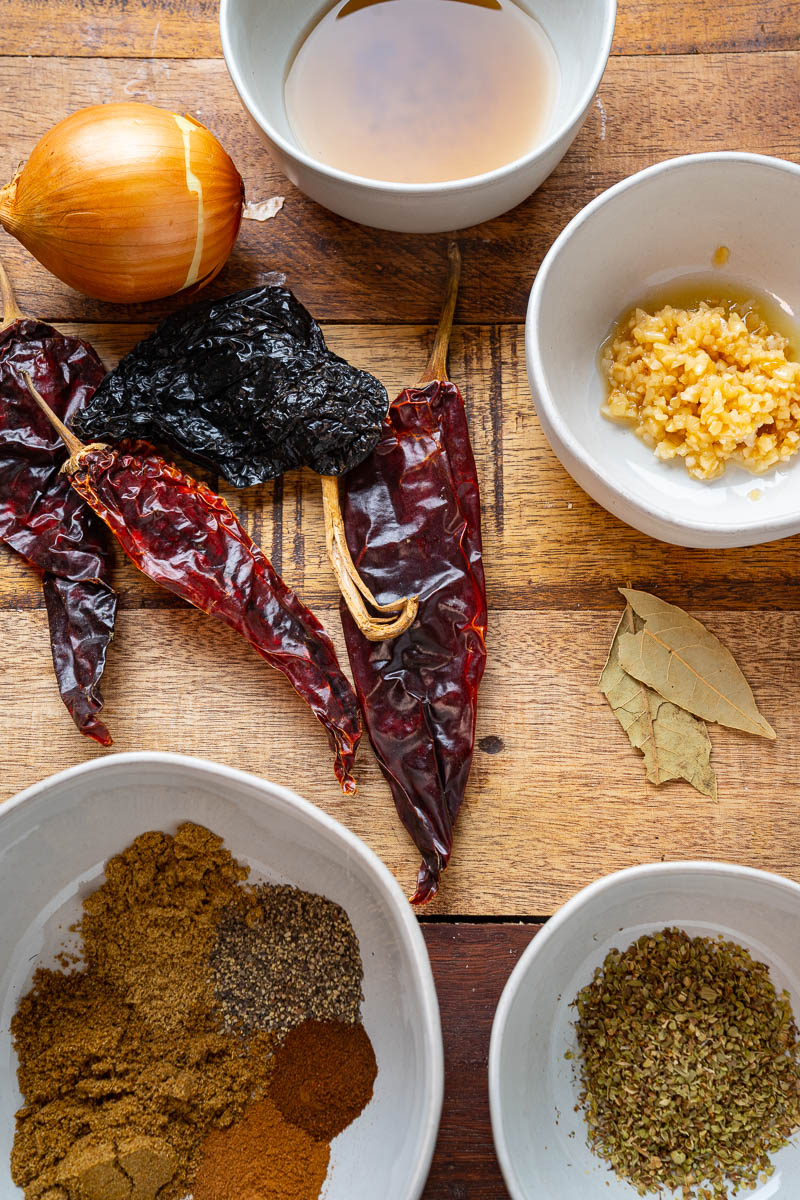 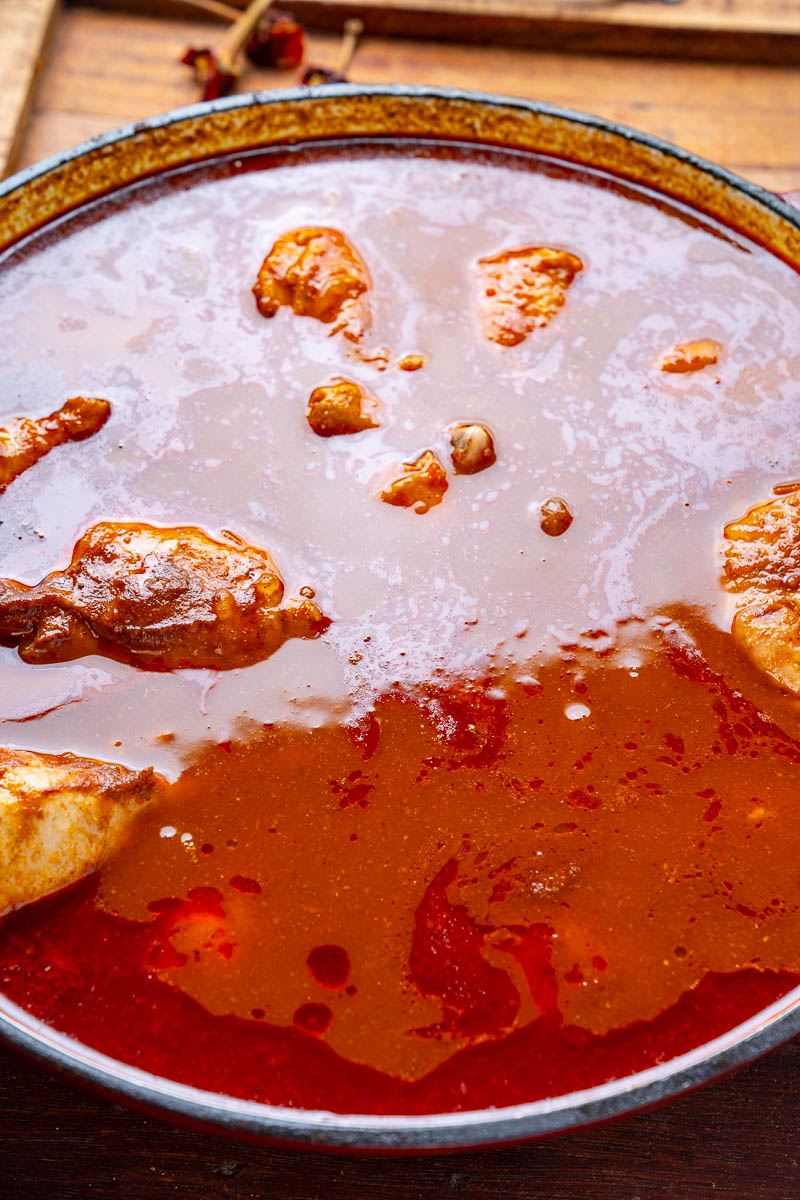 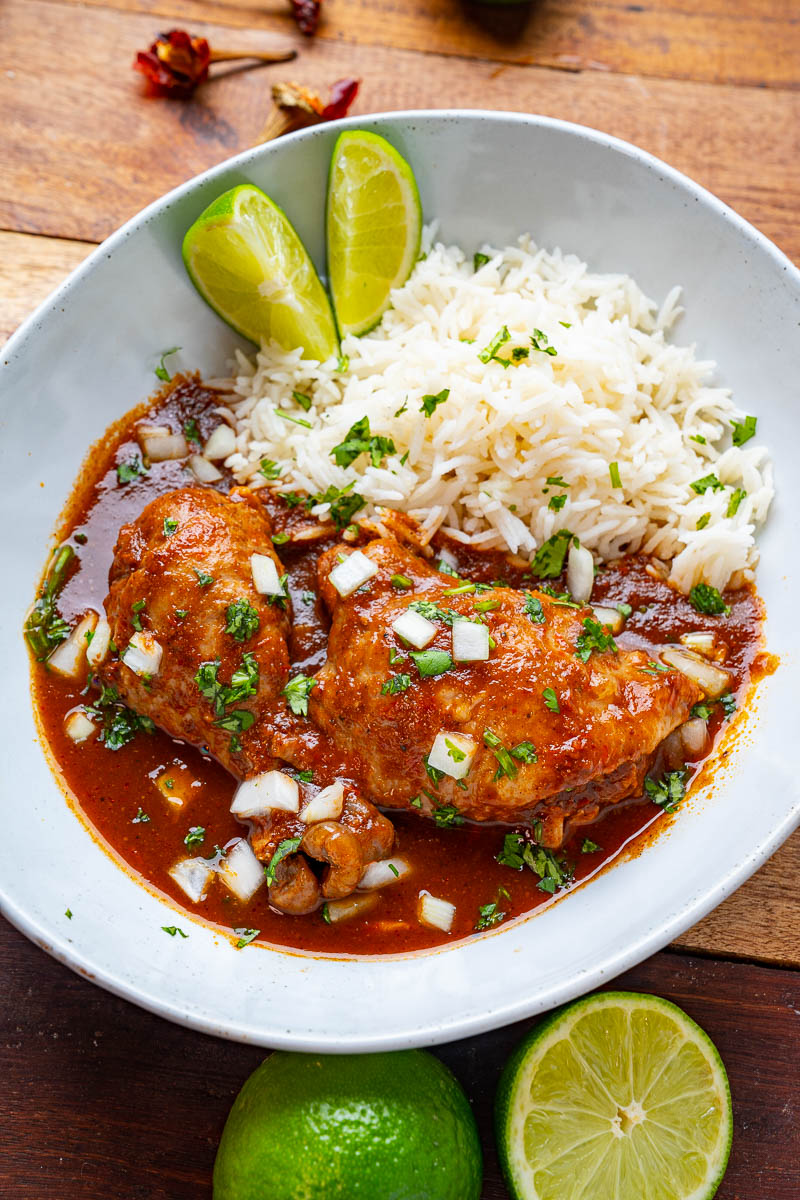 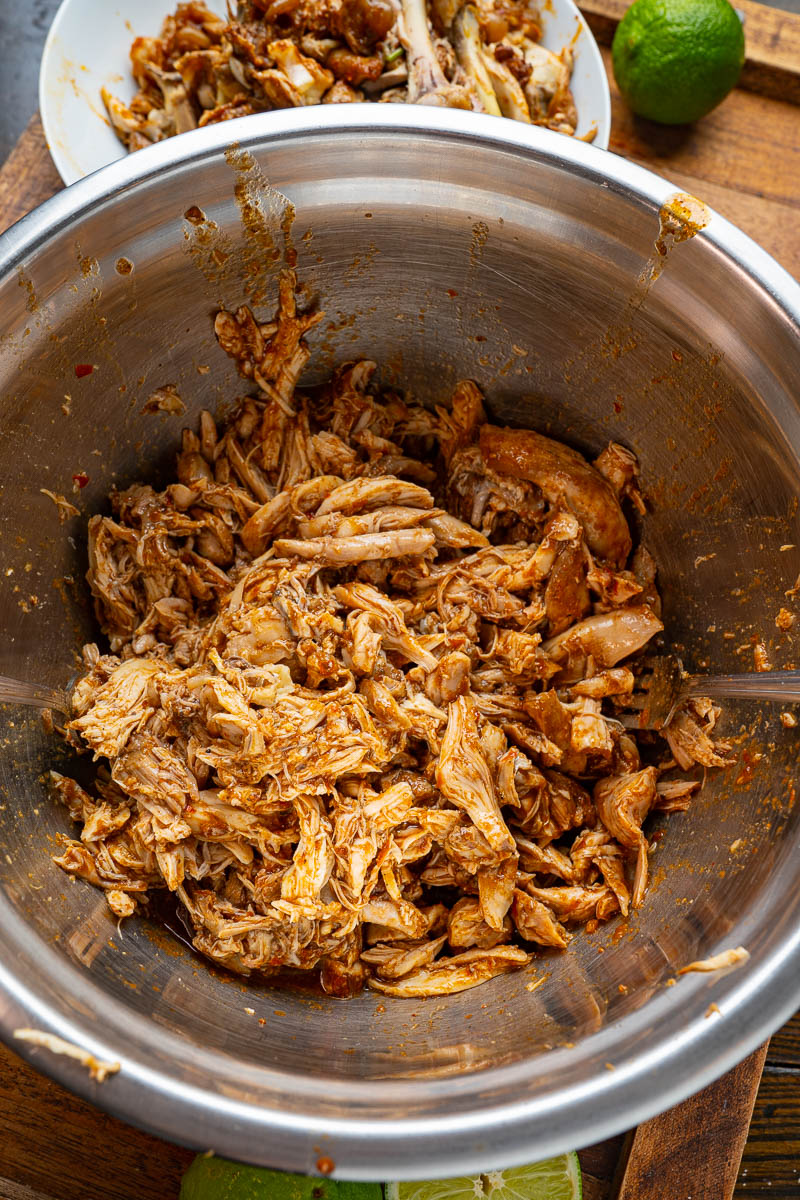 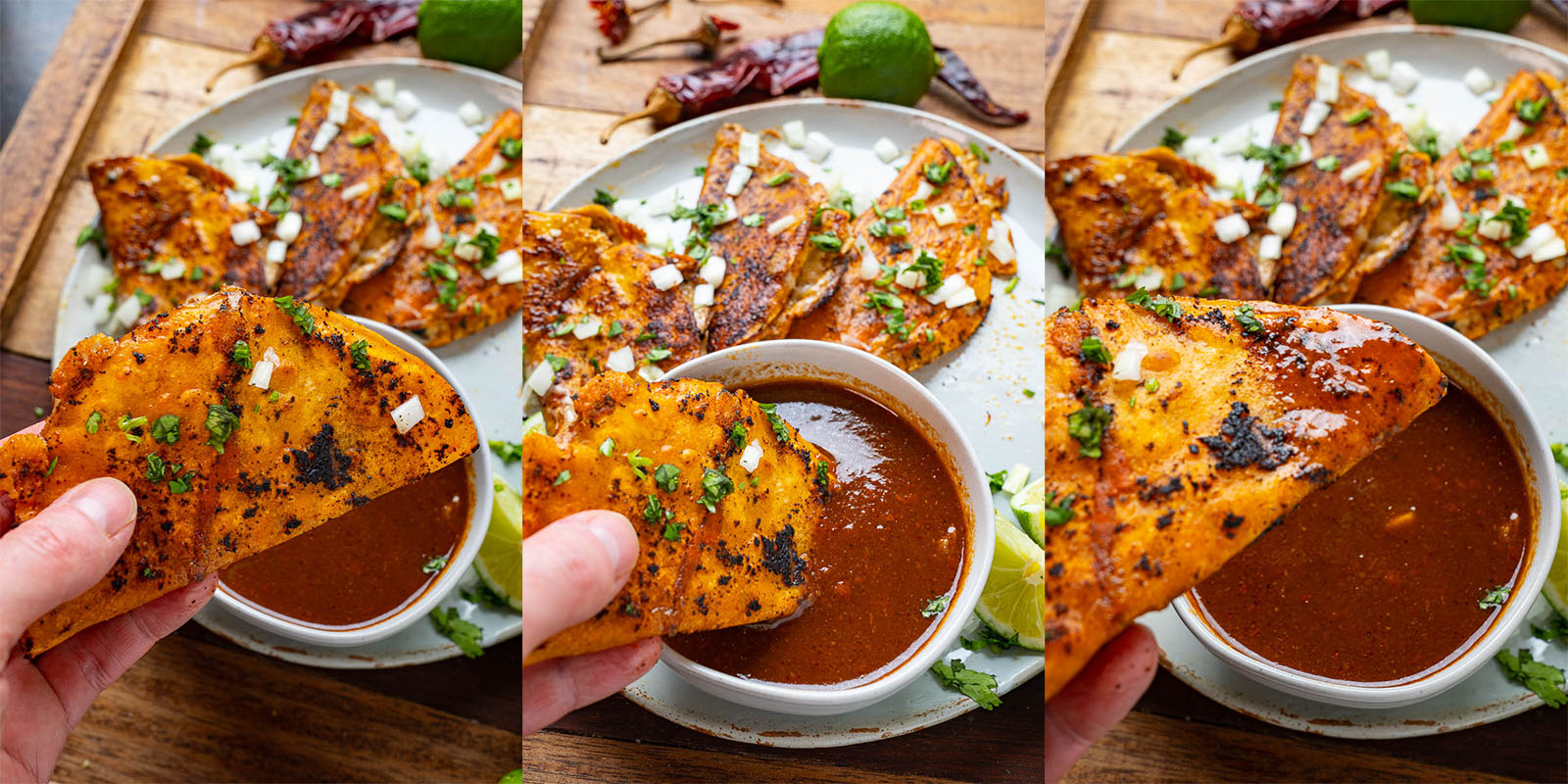 For the chicken birria:

For the chicken birria:

Option: Use 1 chipotle chili in adobo instead of the dried chipotle chili.
Option: Add a pinch of allspice.
Option: Use whole cumin, coriander, black peppercorns, cinnamon, and cloves, lightly toasting them in a skillet before grinding. (Using whole and toasted spices adds a bit more flavour and aroma!)
Tip: Brown the chicken in a separate pan while the sauce simmers to save time.
Option: Instead of making tacos, serve the chicken and sauce over rice, or mashed potatoes, pasta, etc.
Note: If there is not enough fat/grease from the chicken birria to cook the tortillas in, you may need to use some oil.
Nutrition Facts: Calories 488, Fat 30g (Saturated 10g, Trans 0), Cholesterol 97mg, Sodium 861mg, Carbs 52g (Fiber 10g, Sugars 8g), Protein 31g
Nutrition by: