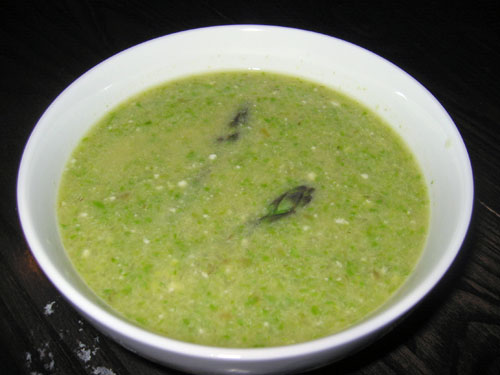 Spring is here and asparagus imported from Mexico and the USA has been in grocery stores for a few weeks now. On the weekend I was at the St Lawrence Market and they had the first of the local asparagus that I have seen. I picked up a lot of it!
One of the first things that I tried was cream of asparagus soup. I forgot to pick up the heavy cream that most recipes that I saw called for so I ended up replacing it with some plain yogurt. I also tried adding a bit of flavour by adding some miso. It turned out great. I will have to make it again.